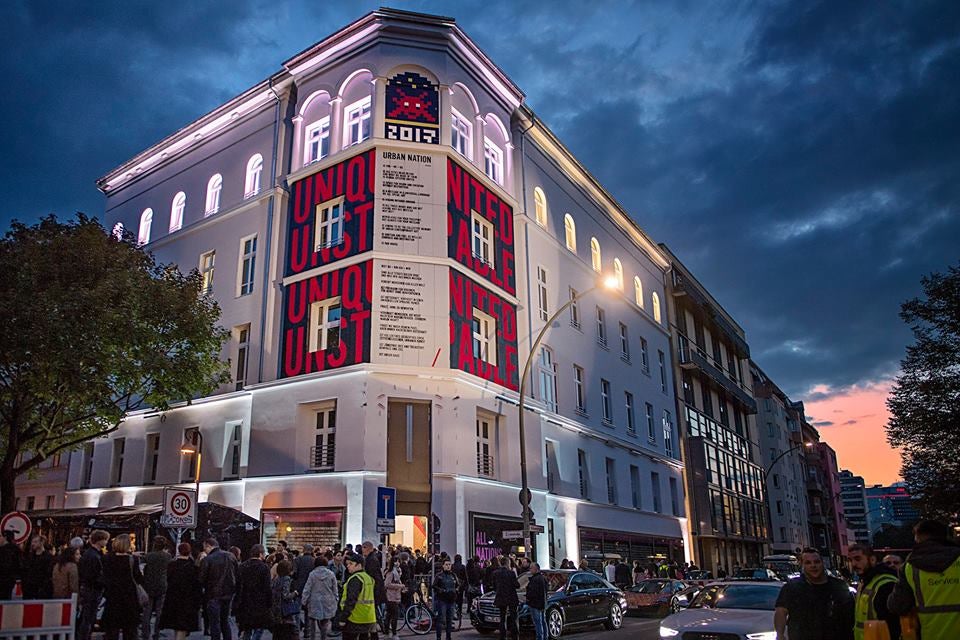 World's Largest Street Art Museum Opens in Berlin
This post contains references to products from one or more of our advertisers. We may receive compensation when you click on links to those products. Terms apply to the offers listed on this page. For an explanation of our Advertising Policy, visit this page.

Berlin is one of the most progressive cities when it comes to modernized urban landscapes and public art — with so many corners and façades filled with color, street art and Berlin have become synonymous. For the past decade, Urban Nation, a Berlin street art institution, has pioneered and championed the movement by inviting world-renowned artists to transform anything from old highways to Cold War-era buildings into beautiful works of graffiti art. To honor the city’s modern artistic culture, Urban Nation recently opened the world’s largest museum dedicated to street art.

The Museum for Urban Contemporary Art opened its (tagged) doors on September 16 in the popular Schöneberg neighborhood and is located in a huge five-story structure dedicated to the art that bares its name. The building itself is part of the exhibit, wrapped with 8,000 square-feet of transportable panels that can be moved and eventually archived.

Inside, there's an auditorium that will be used for workshops, a courtyard with sculptures, a library filled with images by photojournalist Martha Cooper — who has documented street art around the world for the past 30 years — and a “floating walkway” that transports visitors from the ground floor through two exhibitions that stand at nearly 50 feet tall. The walkway will also wind through studios featuring artists in residence from around the world.

Yasha Young, the director and curator of Urban Nation, told Condé Nast Traveler that she wanted this museum to give “artists the backbone of a living, breathing museum, protecting their work and letting people get up close to experience something that’s often painted over.” Young added that this will be the world’s first museum that includes all genres of urban contemporary art: graffiti, paste-ups, sculptures, acrylic designs and other types of art typically found in large cities.

Instead of rotating exhibits regularly, Young plans to to only put on one huge show per year. For the opener, eight curators from around the world were selected to commission pieces focusing on one of 10 concepts. Some of them focused on portraits, guerilla-style activism, figurative interpretation and realism.

Urban Nation was able to acquire the permanent space thanks to nearly $1.2 million in state grants and additional funding from non-profit foundation Berliner Leben. Because of these donations and grants, Urban Nation is able to open its doors to the public free of charge. Brooklyn Street Art visited the museum this week — check out the video below for an inside look.

Have you ever been to a museum dedicated to street art? Let us know in the comments below.

Our points-obsessed staff uses a plethora of credit cards on a daily basis. If anyone on our team wouldn’t recommend it to a friend or a family member, we wouldn’t recommend it on The Points Guy either. Our opinions are our own, and have not been reviewed, approved, or endorsed by our advertising partners.
See all best card offers
Related stories
News
Hurry: Ride Lyft this month and earn 1,000 bonus Hilton Honors points
Deals
Deal alert: Winter USVI flights for as low as $224 or 13,000 SkyMiles
News
Air Canada adds 2 new routes to United hubs, with more likely to come
News
Chase cardholders: Check your eligibility to earn up to 10 bonus points per dollar in select categories