Articles
Emily McNutt is The Points Guy's Global News Editor and is based in London.
Follow
Sept. 14, 2017
•
3 min read 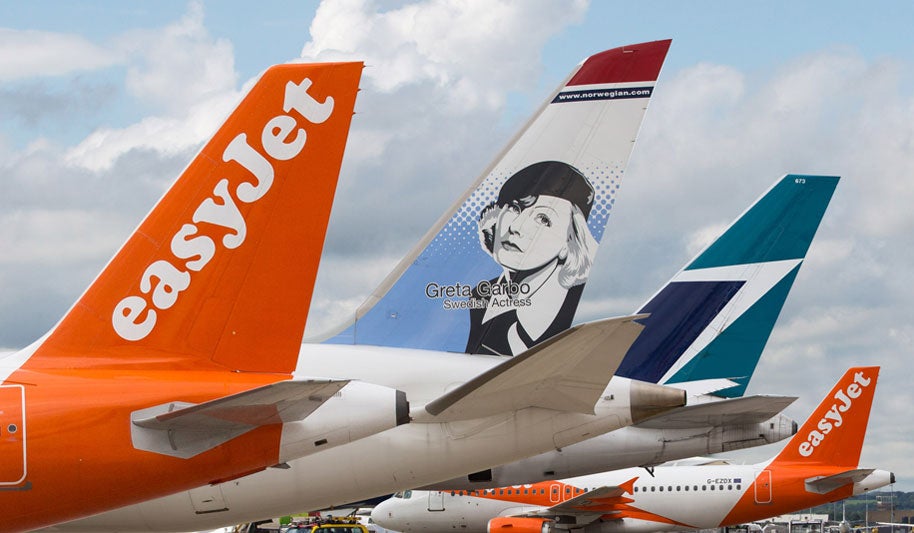 Norwegian, WestJet and EasyJet Partner to Offer More Extensive Route Network
This post contains references to products from one or more of our advertisers. We may receive compensation when you click on links to those products. Terms apply to the offers listed on this page. For an explanation of our Advertising Policy, visit this page.

Three low-cost carriers are teaming up in an attempt to make booking your international travel a more seamless experience. Norwegian Air, WestJet and EasyJet have partnered to allow travelers to book their long-haul flight with Norwegian or WestJet and then continuing on throughout Europe with EasyJet at the same time.

Beginning today, you can use EasyJet's new "Worldwide by EasyJet" function to search for flights from any of Norwegian or WestJet's international destinations — including those in the US, Canada, Asia, South America and more.

Initially, EasyJet, WestJet and Norwegian will focus on flights through London's Gatwick Airport (LGW) using its "Gatwick Connects" product. So, customers will be able to fly from a long-haul Norwegian or WestJet destination, connect at LGW and continue their journey onward to a final destination in EasyJet's route network. Eventually, the partners hope to expand to other airports in Europe.

On a few sample searches, we aren't finding especially attractive prices on many of these routes. In fact, for some of them, we're seeing cheaper fares if you just book the entire route through Norwegian directly. Here are a few examples of what you can book:

Fort Lauderdale (FLL) to Barcelona (BCN) for $833 round-trip in December:

However, if you book a trip with Norwegian on the same route around the same dates, you'll pay $347 round-trip.

New York (JFK) to Copenhagen (CPH) for $786 round-trip in November:

However, if you book directly through Norwegian on the same dates, you'd pay just $386 for a nonstop flight.

Likely, there will be some cases where this partnership could end up helping and saving you some money. So, if you're thinking of booking a trip, this could be an option worth exploring. However, in our searches, we didn't find any examples when booking with Worldwide by EasyJet provided a cheaper fare than what we could find on Google Flights. Often, the fares weren't even close. For example, on a trip from New York to Luxembourg (LUX), you'd be paying $1,028 round-trip with Norwegian and EasyJet versus paying just $609 round-trip with Turkish Airlines — a full-service carrier.

"EasyJet's new platform is primarily set up to connect their destinations with a destination served, for instance, by Norwegian," a Norwegian spokesman said. "Sometimes, however, the networks do overlap and in those cases it will be cheaper for the customer to book a nonstop flight directly via Norwegian (.com/us). But what this new offer by easyJet allows is for customers to connect from a destination not served by Norwegian, but by EasyJet, to get one booking with a smooth connection and guarantees in case of any interruptions, instead of two separate bookings."

This is certainly an interesting partnership, and it'll be interesting to see if more low-cost carriers in the industry begin teaming up with each other. Surely, with the combination of low-cost carriers, there's the opportunity for some cheaper fares with a more extensive route network in the future.