As I shared a little while back, I have a travel goals 2020 list where I outline where we hope to go each year until 2020, but it’s just a list. God willing at least some of trips on the list will happen, but odds are some of it won’t happen, or at least it won’t happen when and where it is currently penciled in. However, part of the reason some of it might not happen is simply because an idea gets bumped in favor of some other limited time travel opportunity. Limited time travel opportunities come in all forms, but one form is saver award availability that normally is not there.

A couple of notoriously very difficult saver awards to get are United business class lie-flat seats from Newark to Honolulu and any American Airlines operated business class seats from the United States to and from Europe, especially in the summer months. Not only is it hard to get one saver seat on those routes, but getting multiple seats is a serous unicorn situation.

Well, in the last day or so both of those unicorns have been spotted and they are worth reordering your plans for if they help you out. To get the best deal for your miles you need to not only be flexible and move quickly when what you want becomes available, but you also need to always have your eyes open as you never know where you may learn of great award availability. I first saw word of the multiple mid-July United first class saver awards from Newark to Honolulu on the Award Travel 101 Facebook page yesterday, and I first saw the American Airlines business class award seats on their new European routes mentioned in the comments section of this otherwise unrelated View from the Wing post this morning.

The United saver first class awards from Newark to Honolulu are very limited, and I currently see them available on just July 21st and 22nd of 2018. The cost is 40,000 United miles each way, though it is just 30,000 miles each way via the Singapore Airlines KrisFlyer program. That said, this is so rare and so limited that I would just lock them in online right away with United miles, assuming you have the miles available. 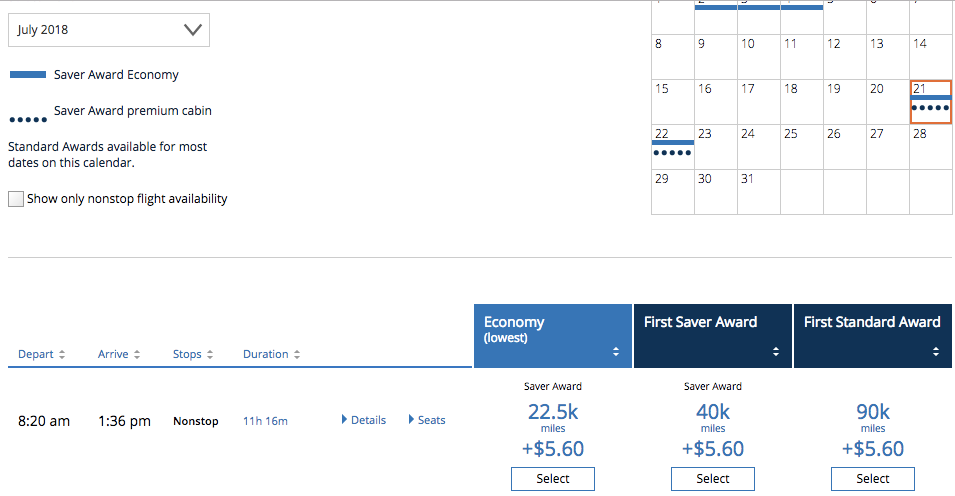 The other unicorn of award availability is much more plentiful in terms of dates and cities on the new European seasonal American Airlines routes that were just announced for next summer. These routes have now been loaded in the schedule and business class saver availability is fantastic.

The available routes are: 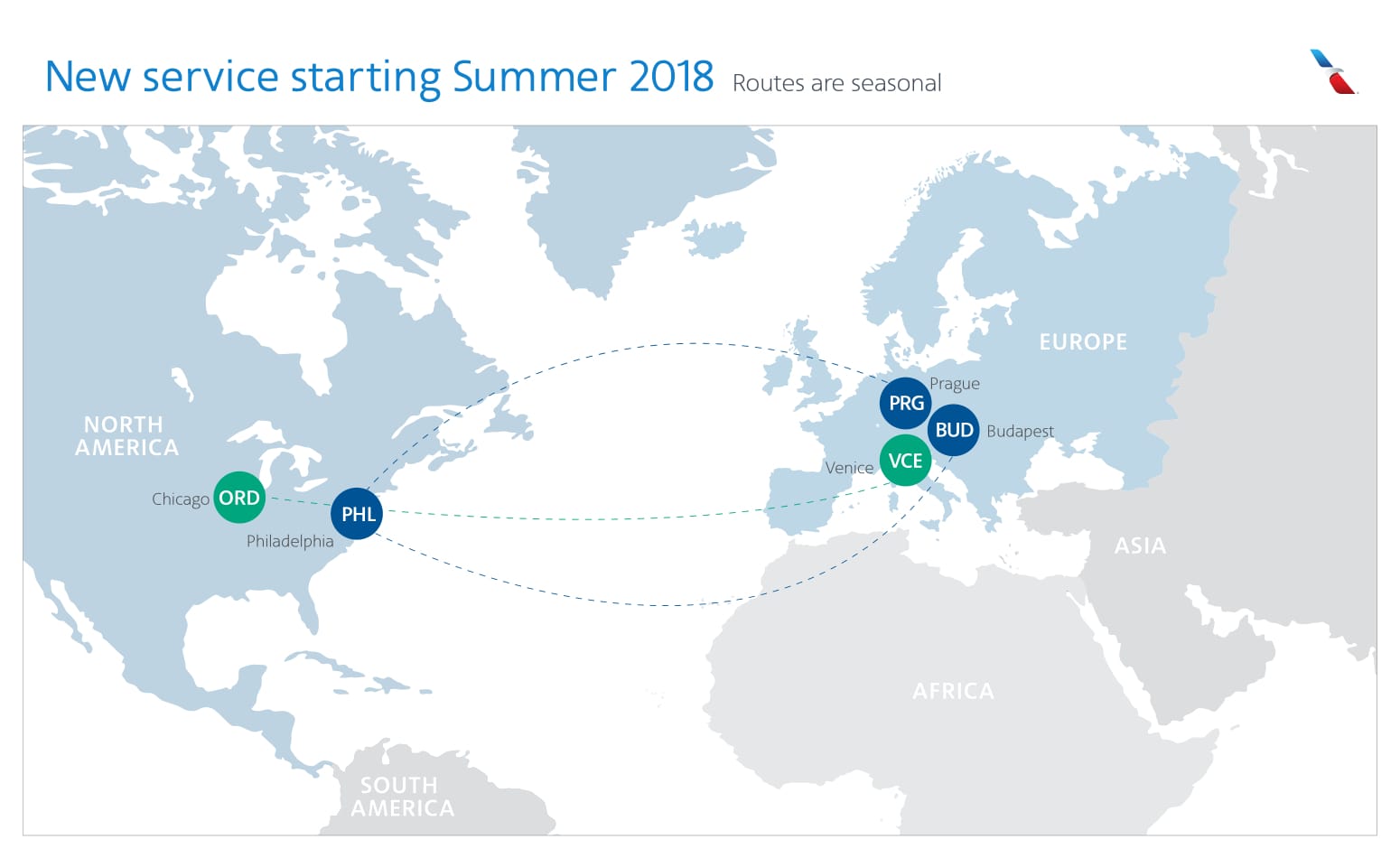 These flights will operate from May 4, 2018 – October 27, 2018, but if you want in on the plethora of business class or upgrade availability I would move quickly as these things seem to disappear as quickly as they appear. Business class awards are 57,500 American Airlines miles + minimal taxes with no fuel surcharges if you book via American. 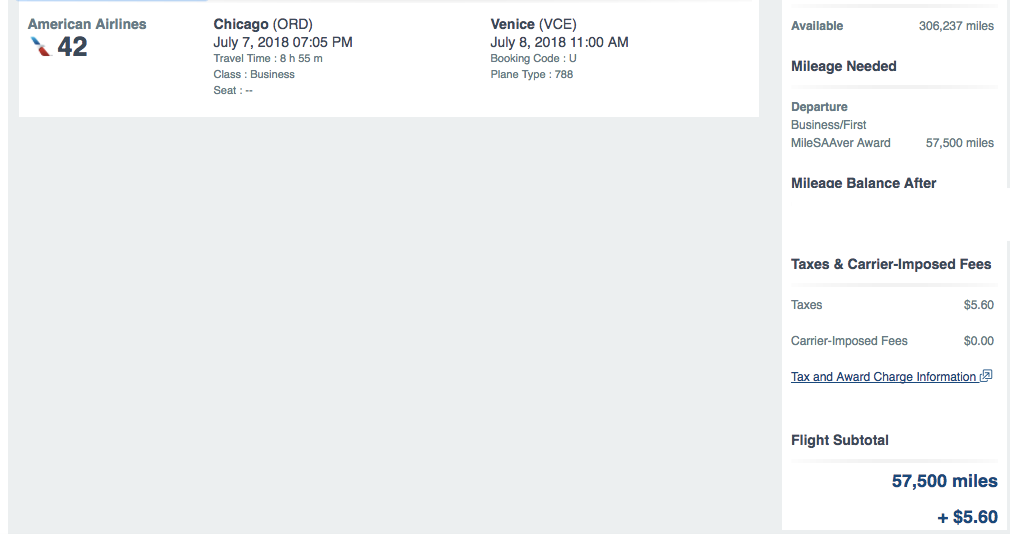 If you are searching specifically for one of those routes, I recommend clicking the non-stops only button circled below so you aren’t shown available dates on the calendar that don’t really have these awards available. With American you can put awards on hold for free, so that can be a good option if you need a couple days to mull this over before committing. 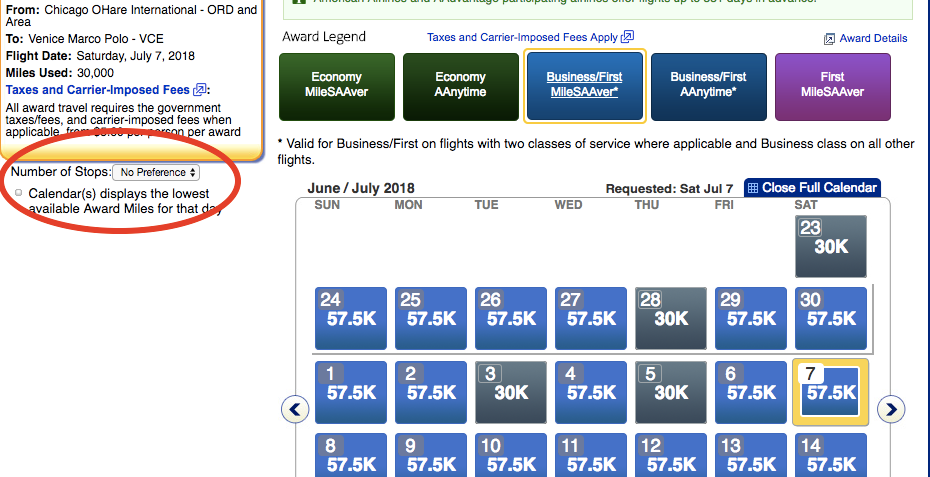 Getting multiple business class saver awards to Europe on American Airlines or to Hawaii on United is really something to celebrate. Remember that it can be worth just locking in the available segment even if you would need to add positioning flights on your own to the front or back end of these flights. I’d love to hear if you were able to put either of these award unicorns into action to travel in style with your family next summer!

Summer Hull , aka Mommy Points, ran the Mommy Points site for families who want to travel more for less using miles and points for seven years. She now heads up a variety of special projects at TPG when she isn't exploring the world with her own two girls.
You might like
7 reasons why NYC’s all-Tesla ride-share app is my new go-to
News
6m ago
Virgin Atlantic quietly removes the ability to view Flying Club award availability by month
News
1h ago
American adds 6 new routes as part of Northeast Alliance tie-up with JetBlue
News
2h ago
Chase Sapphire Preferred® Card