Qatar Airways Flies First Batch of 4,000 Cows Into the Desert 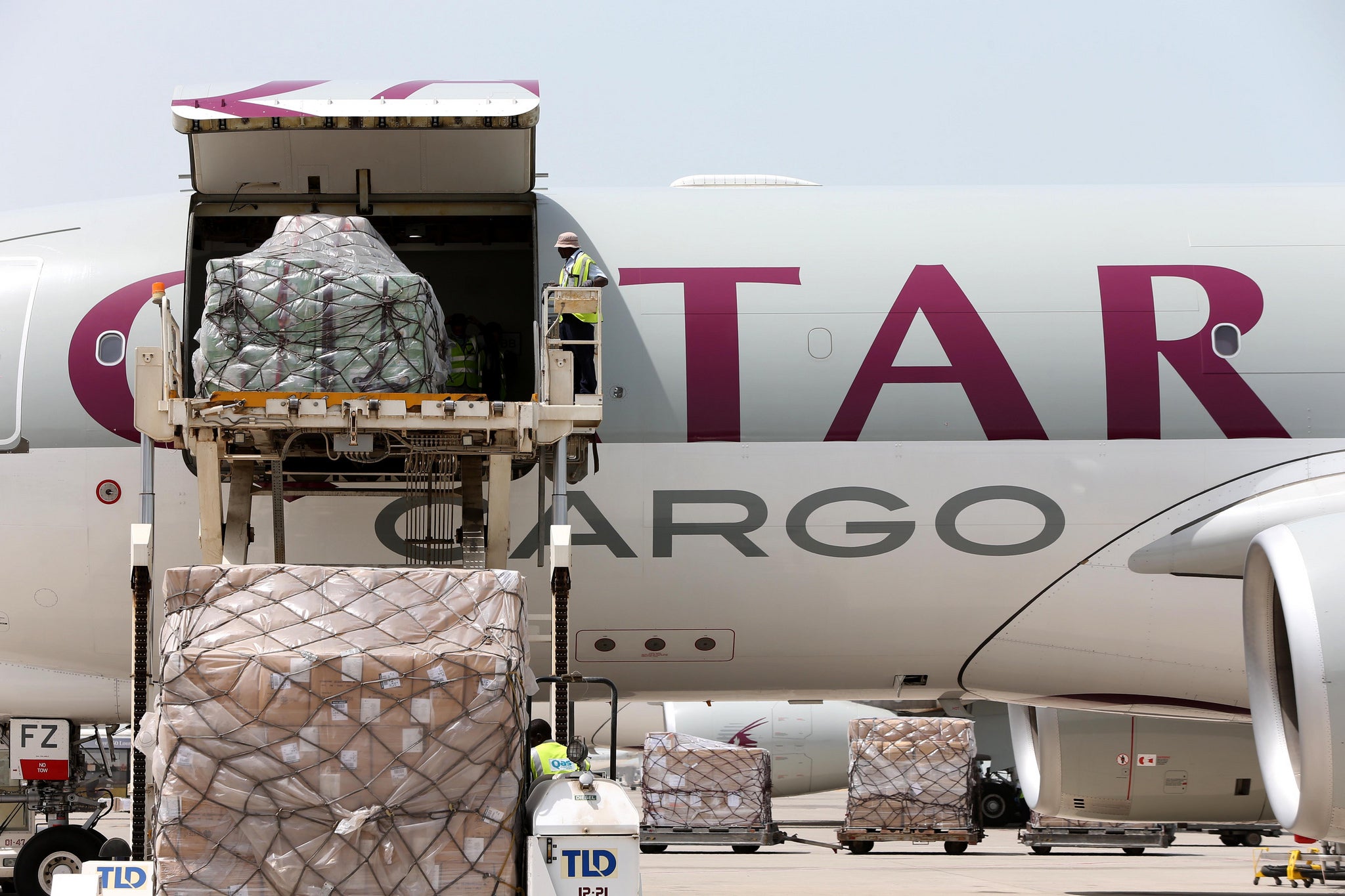 The next time you're complaining about traveling in "cattle class," think again. As we've previously reported, Qatar is in the middle of a blockade imposed by its Gulf neighbors, resulting in large areas of airspace being closed to Qatar-registered aircraft. I was recently on board a flight that was affected and got to see what it's like to be in Qatar these days.

One of the biggest concerns of the blockade was the risk of a food shortage since all imports from the country's neighbors — including Saudi Arabia, which supplies most of its fresh dairy products — were stopped immediately. However, the impact on the food supply has been extremely minimal thanks to Qatar's neighbor, Iran — its national carrier, Iran Air, which began importing various food items, including fresh fruit and vegetables last month — and Turkey, which became the main supplier of milk within just a few days of the blockade being imposed.

As I tweeted earlier this week, the rift between Qatar and its Gulf neighbors prompted one Qatari businessman to fly 4,000 cows into the desert to help the country become more dairy-sufficient during this blockade, especially now that it's expected to last much longer than originally anticipated.

The first batch of 165 cows were first flown in last night to aboard a Qatar Airways Boeing 777 cargo aircraft A7-BFC. The 777F is the world's longest range freighter and can accommodate 27 standard pallets on the main deck; the lower cargo hold has the capacity for 10 pallets, as well as about 600 cubic feet of additional bulk cargo. With only 165 cows onboard, it would have been far more spacious than a typical passenger economy experience, however the cows were not alone as the aircraft was carrying other necessary cargo, too.

...and then on to its final destination, Doha (DOH), Qatar.

Upon arrival in Doha, the cows were taken from Doha's Hamad International Airport to a desert farm. The actual number of cows transferred also increased from earlier reports to 165 onboard.

The company organizing the import of cows to Qatar says other shipments of cows from Australia and the US will arrive every three days. In total, 4,000 cows will be flown in within the month. It's also expected that the milk from these cows will supply about 30% of the country’s need.

While it's certainly a trying time for Qatar and the Middle East right now, it's fascinating to see how aviation can enable a country to become more dairy-sufficient through the use of large cargo aircraft — and a businessman willing to pay to have the cows flown in. Still, the airspace closures continue to remain in place, access to food hasn't changed in Qatar and the national carrier, Qatar Airways, insists things are running "business as usual" — despite not flying to Saudi Arabia, UAE, Bahrain and Egypt anymore.

When I was in Doha last month, a local man I spoke to specifically mentioned how access to milk was the only concern his family had. Thanks to some German, American and Australian cows, though, this shouldn't be a problem for them much longer.