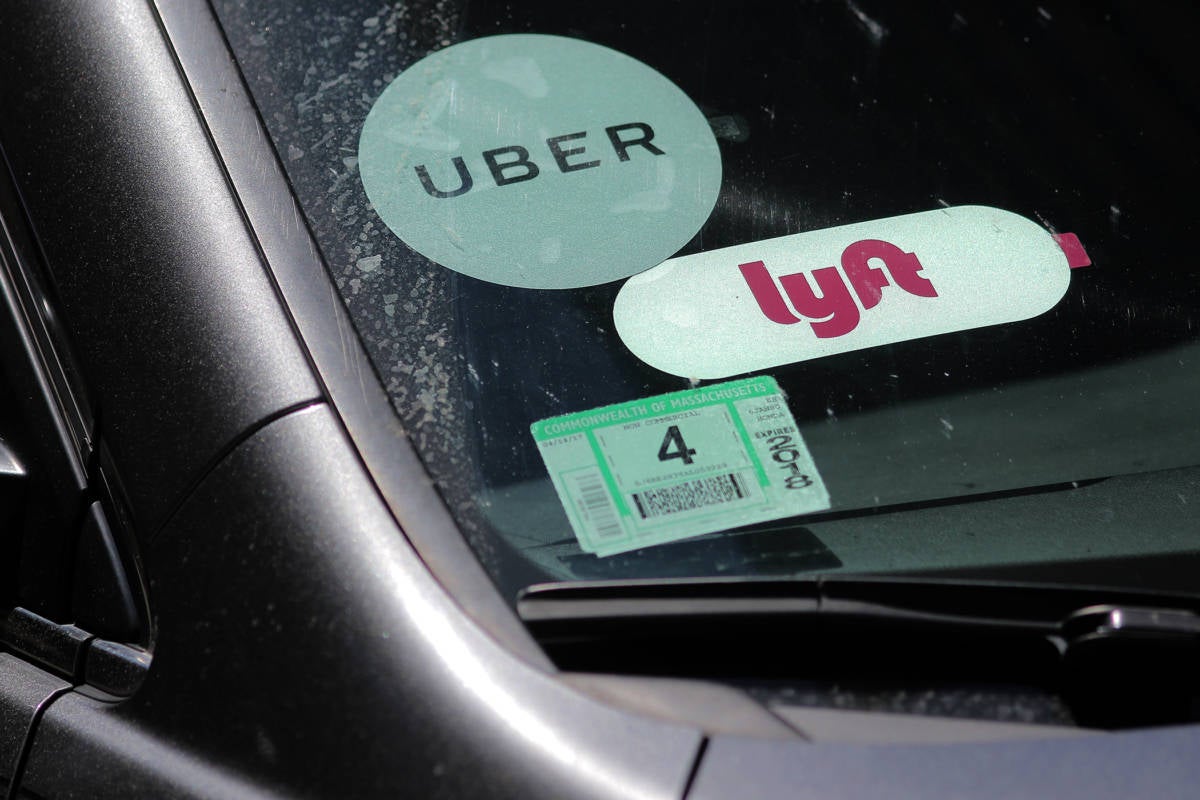 Which Bonus Points Are Worth More — Uber/SPG or Lyft/Delta?
This post contains references to products from one or more of our advertisers. We may receive compensation when you click on links to those products. Terms apply to the offers listed on this page. For an explanation of our Advertising Policy, visit this page.

Both of the major ride-sharing services now have partnerships that allow you to earn extra airline or hotel points just for using them. TPG reader David wants to know which one is more valuable...

[pullquote source="TPG Reader David"]I've been using Uber for some time because I get the SPG points with every ride. I just heard about Delta's deal with Lyft. Which ride sharing service provides the most value in partnership points?[/pullquote]

Before we analyze the numbers, there's one basic piece of math to keep in mind — in most cases, you should choose the ride-sharing service that's offering a cheaper price for your trip. Any bonus points you earn with either the Uber/SPG or Lyft/Delta partnerships won't offset a significantly higher charge for the trip itself, so you should only base your decision on points if the cost estimates for the trip are identical or close to it.

But if the ride estimates are roughly the same, then there's a two-step process to figuring out which partnership will earn you the most bonus value. First, let's take a look at exactly how many points you earn with each set of ride-sharing partners.

The Uber/Starwood partnership, which launched in 2015 but had its earning rates reduced this past January, is pretty straightforward. Once you're eligible to earn bonus points by linking your Uber and SPG accounts and making one stay at any Starwood hotel (which has to be done each calendar year to earn points during that year), you earn 1 Starpoint for every $2 spent every time you use Uber. There's also a higher earning rate of 2 points per dollar for using Uber during an actual SPG stay, but we'll use the everyday rate for this comparison.

For the Lyft/Delta partnership, you don't have to do anything but link your Lyft and Delta accounts. After you do so, you'll earn 1 Delta SkyMile per dollar spent on Lyft rides. There's currently a limited-time bonus for trips to the airport of 3 SkyMiles per dollar spent, but again, we're comparing apples to apples and only considering the basic everyday earning rate right now.

Clearly, you'll earn more points per dollar using Lyft with Delta than you will on Uber and SPG. But that's only part of the equation — we still have to consider how much those points are worth. And SPG Starpoints are worth a whole lot more than Delta SkyMiles.

In fact, according to TPG's most recent valuations, SPG points are worth 2.7 cents apiece, while Delta SkyMiles are only worth 1.2 cents each. Since Starpoints are more than twice as valuable as SkyMiles, you'd actually be better off earning half as many SPG points with Uber than you would earning SkyMiles with Lyft, at least on an everyday basis. Or in simple terms, spending $100 on monthly Lyft rides will earn you $1.20 worth of SkyMiles, while $100 in Uber rides nets you $1.35 in Starpoints.

But what about those special bonus earning rates? Well, while you're staying at a Starwood property you'll want to strongly consider using Uber for ride-sharing since you'll earn 5.4 cents in points for every dollar you spend on rides while you're there. And for trips to the airport, you'll get 3.6 cents in SkyMiles for each dollar you spend with Lyft, so you might want to choose Lyft for those journeys.

Finally, if you're heading to or from the airport, there's one more bonus to stack on top. In addition to Delta, Lyft also partners with JetBlue for bonus points — you'll earn a flat 30 TrueBlue points per airport trip. Based on TPG's valuations, that's another 39 cents in points, and yes, people report that if you've linked both your Delta and JetBlue accounts to your Lyft account, you should get both sets of bonus points on trips to the airport. So if you're heading to the airport, Lyft is the clear winner.

And, David, we'd be remiss if we didn't remind you that regardless of which ride-sharing service you choose, don't forget to pay with a credit card that earns bonus points as well, such as 3x for travel on the Chase Sapphire Reserve or 2x for Uber rides with an eligible Membership Rewards card such as The Platinum Card from American Express. Thanks for the question, and if you're a TPG reader who'd like us to answer a question of your own, tweet us at @thepointsguy, message us on Facebook or email us at info@thepointsguy.com.

Our points-obsessed staff uses a plethora of credit cards on a daily basis. If anyone on our team wouldn’t recommend it to a friend or a family member, we wouldn’t recommend it on The Points Guy either. Our opinions are our own, and have not been reviewed, approved, or endorsed by our advertising partners.
See all best card offers
Related stories
Guide
Yosemite's 'firefall' is back this year, here's when and how to see it
Deals
Round-trip fares to French Polynesia starting at $600 through February
Guide
The best credit cards for pet expenses
News
Final call: Pick your 2022 Delta Choice Benefits by Jan. 31