Articles
Summer Hull , aka Mommy Points, ran the Mommy Points site for families who want to travel more for less using miles and points for seven years. She now heads up a variety of special projects at TPG when she isn't exploring the world with her own two girls.
Follow
July 07, 2017
•
5 min read 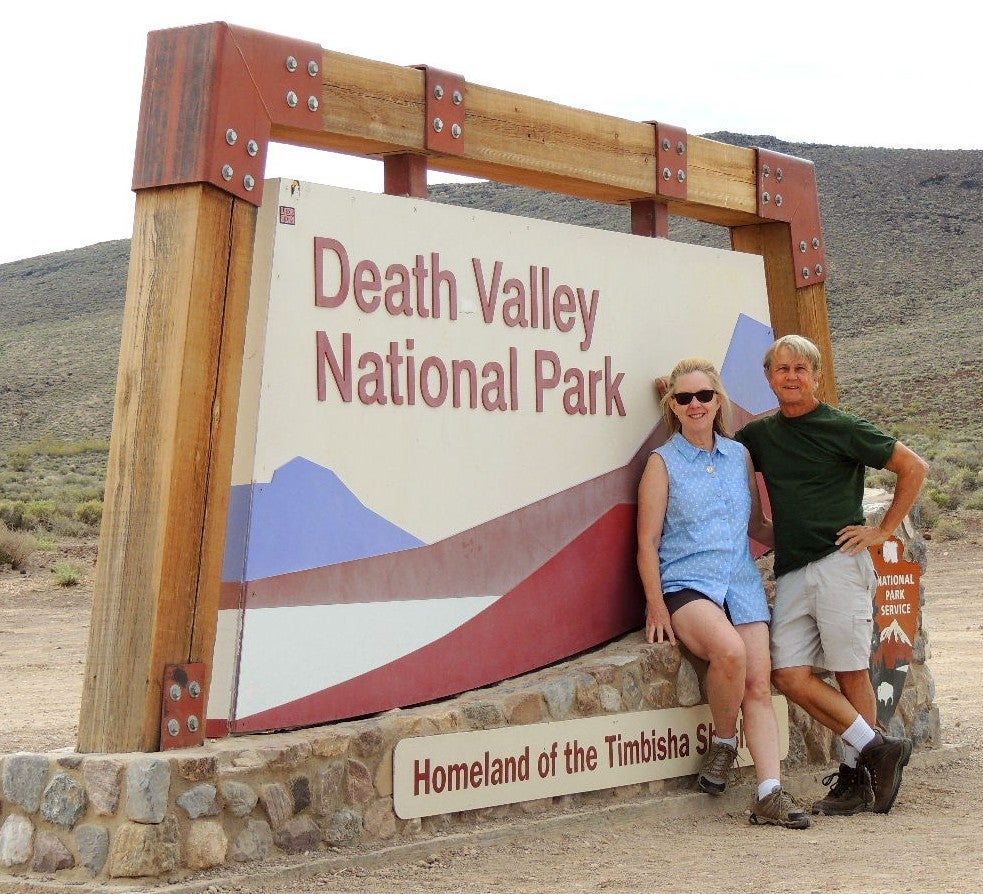 A Death Valley Day Full of Thankful Meanderings
This post contains references to products from one or more of our advertisers. We may receive compensation when you click on links to those products. Terms apply to the offers listed on this page. For an explanation of our Advertising Policy, visit this page.

and are ticking off “bucket list” destinations quicker than they ever thought possible thanks to miles, points, and travel deals. They have an intense love of this country, of its National Parks and treasures, and have no problem with a clean budget hotel room and an economy airline seat on a low cost airline as long as it gets them where they want to be. A photographer by trade he often tells his story not just with his words, but with his images. Today he brings us a story from another one of their adventures...

We recently and deliberately spent a HOT June day traveling through Death Valley on our way back to Las Vegas from a visit to the epic ghost town of Bodie, California.We did not do this to be sadists or masochists, and we were not deranged or delirious from the heat. It was just a situation of being in the neighborhood and having the opportunity to see and explore parts of this National Park that we had not yet seen. Ideally, we had hoped our next visit would be during a "super bloom" and when the temps were moderate and not extreme. However, we will save that experience for another time.

While we were driving the 150 mile route west to east and then south through The Death, I kept thinking of things that I was thankful for that day.This post is based on those thankful observations made during that day, and some made in retrospect after further consideration.

thankful, really thankful, for car air conditioners, cars that don't break down and for AAA membership in case they do.

thankful for the $3.49 styrofoam coolers from Walmart, for the ice machines at hotels and for bottled water buried deep within that ice.

thankful for the cooler temps you enjoy at the higher elevation before you descend to the valley floor and equally thankful for the cooler rebound as you rise back from the depths of H_ _ _. (HEAT). You all know the famous theory by Newton, or was it Alfred E. Newman, "What goes up as you go down must go down as you go up." We experienced a 42 degree temperature variance as we drove through The Park.

thankful for Stovepipe Wells, a small conclave on the west/central side of The Park that proved to not just be a distant mirage but rather an actual oasis. There was food, shelter, gas and a well stocked store that had good supplies, fountain drinks, nice stock of moderately priced Death Valley goods, and a long sleeve T-shirt that I liked and bought for $14.

thankful for the unique natural beauty The Park offers.

thankful for flowers and shrubs that seem to be able to grow in hostile conditions. I appreciate how life wants to exist, endure and survive and how it waits patiently for its time and its opportunity. If I was a NASA engineer, consultant, planner or in charge of the Suggestion Box, the first thing I would want to do on Mars would be to slowly and regularly irrigate a patch of the Martian surface just to see what was lying dormant waiting for a chance to grow. And, I am sure that pretty much sums up why NASA has not contacted me for my advice.

thankful for roads so straight that you can see exactly where you are going and roads that curve and bend and dip that hide the surprises that lie ahead.

thankful for the patterns in nature. Graceful waves of sand, dried up lake beds and the twisted branches and limbs of a desert tree tormented by time and space and a harsh environment.

thankful for the sleek, swift, and powerful fighter jets that screamed overhead making practice runs on a nearby range. Their approaching roar sounded like the fury of a coming storm.

thankful for the lifetime National Park Senior Pass that opens doors to our country's bounty.

thankful for the Artists Palette Drive. It is a paved and tamed version of the Disney World Thunder Mountain ride. It is a road best taken and most enjoyed if you are able to do it with no traffic in front or behind. But, good luck with that.

1 of 1
Marble bathroom with double vanity.
0

thankful and amazed at the visual similarity of the hot Salt Flats on the valley floor and the snowy slopes of nearby Mammoth.

thankful for energetic good health that encourages and allows participation and not just spectatorship and I am thankful for a wife whose curiosity and spark has led us to many an adventure.

thankful for an inviting, clean bed at the end of the day.

I am thankful for the journeys we have enjoyed and those still on the horizon.