Applying for the Ink Preferred and Its 80,000 Sign-Up Bonus Points

Articles
Summer Hull , aka Mommy Points, ran the Mommy Points site for families who want to travel more for less using miles and points for seven years. She now heads up a variety of special projects at TPG when she isn't exploring the world with her own two girls.
Follow
June 02, 2017
•
5 min read 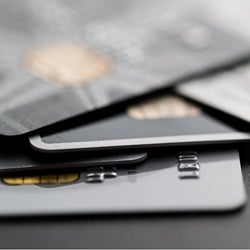 Applying for the Ink Preferred and Its 80,000 Sign-Up Bonus Points
This post contains references to products from one or more of our advertisers. We may receive compensation when you click on links to those products. Terms apply to the offers listed on this page. For an explanation of our Advertising Policy, visit this page.

It has been a few months since I have applied for a new rewards credit card, and recently it was time for that to change. I selectively apply for rewards credit cards for their sign-up bonuses and ongoing perks. I actually have a number of cards on our '2017 application wish list', but first up was applying for the Ink Preferred Business Card. I love Chase Ultimate Reward points as they are transferrable to United, Hyatt, Southwest, Singapore, British Airways, Marriott, and several other partners. The Ink Business Preferred Credit Card offers 80,000 Ultimate Reward points via a sign-up bonus that is triggered after you spend $5,000 on the card in the first 3 months. I actually recently used some of my Ultimate Reward points to book flights at 1.5 cents per point since I also have a Sapphire Reserve that allows that higher redemption value, so I was more than happy with the idea of bringing my Ultimate Rewards balance back up by getting this card.

Not only is the sign-up bonus one of the best out there at the moment, but right now the card is offering 20,000 referral bonus points to those who make a successful referral to the card...we'll see if referring yourself counts.

The Ink Business Preferred card also awards 3x transferrable Ultimate Reward points on the first $150,000 spent in combined purchases on travel, shipping purchases, internet, cable and phone services, and on advertising purchases made with social media sites and search engines each account anniversary year. I prefer the 5x my Ink Plus gives me on some of those categories (up to the yearly limit), but 3x on advertising with social media and search engines uniquely available via this card will be nice.

Okay, enough about the card, let's talk about applying and hopefully getting approved. I'm sure most of you have heard of the Chase 5/24 rule, but if not, know that getting many Chase credit card products is very, very, very unlikely if you have opened 5 or more credit accounts across all banks in the last 24 months. There are some exceptions to this such as Amex small business cards that don't display on your personal credit report, but if Chase can see you have opened 5 or more accounts in the last two years you are almost certainly going to get denied, and no amount of reconsideration begging is going to change that. Trust me, I know.

I have been pretty lean on credit applications in the last 24 months (learn how to count your totals here), so I was able to pick up the Chase Sapphire Reserve in January and now I was again under 5/24 in May and decided to go for the Ink Preferred. Sadly, but not surprisingly, I did not get an instant approval.

I waited a few days for the system to hopefully approve me without having me have to talk to anyone, but as the days ticked by, that didn't happen and so I decided to call and see if I could provide any info to help get things moving along. Truthfully, I called when I did a couple days ago because some other card offers that were my Plan B were expiring on May 31st, and if I didn't get approved for this card I wanted to know so I could go for something else with another bank.

Thankfully, the issue preventing an auto-approval was not the basically unmovable 5/24 decline, but it was that I had pretty much reached my limit of Chase credit across business and personal cards. This is not surprising, as it was the same issue I had to deal with to get the Sapphire Reserve approved back in January.

The agent I spoke with was pretty no-nonsense, but helpful and after verifying some pretty basic information that was on the application, she ultimately was able to approve my Ink Preferred by closing out one other Chase business card I had and moving that credit line over to my new and shiny Ink Preferred card!

Having a credit card application strategy is pretty important these days to get the most points possible. My personal strategy over the last couple of years has been to slow play and strike just the biggest bonuses, including those offered by Chase. Others have different strategies that can include ignoring Chase all-together and thus not worrying about 5/24. I have several other cards on our radars for the rest of 2017, especially in light of the Citi Hilton cards going away after the end of the year. In other words, this is just the first of several applications in the coming months, and I will outline more of the what's and why's of our 2017 application plan very soon.

Have you applied for the Ink Preferred in recent months? If so, how did the process go for you?

Note that none of this information was provided or reviewed by Chase or any other bank.