Articles
Summer Hull , aka Mommy Points, ran the Mommy Points site for families who want to travel more for less using miles and points for seven years. She now heads up a variety of special projects at TPG when she isn't exploring the world with her own two girls.
Follow
May 04, 2017
•
6 min read 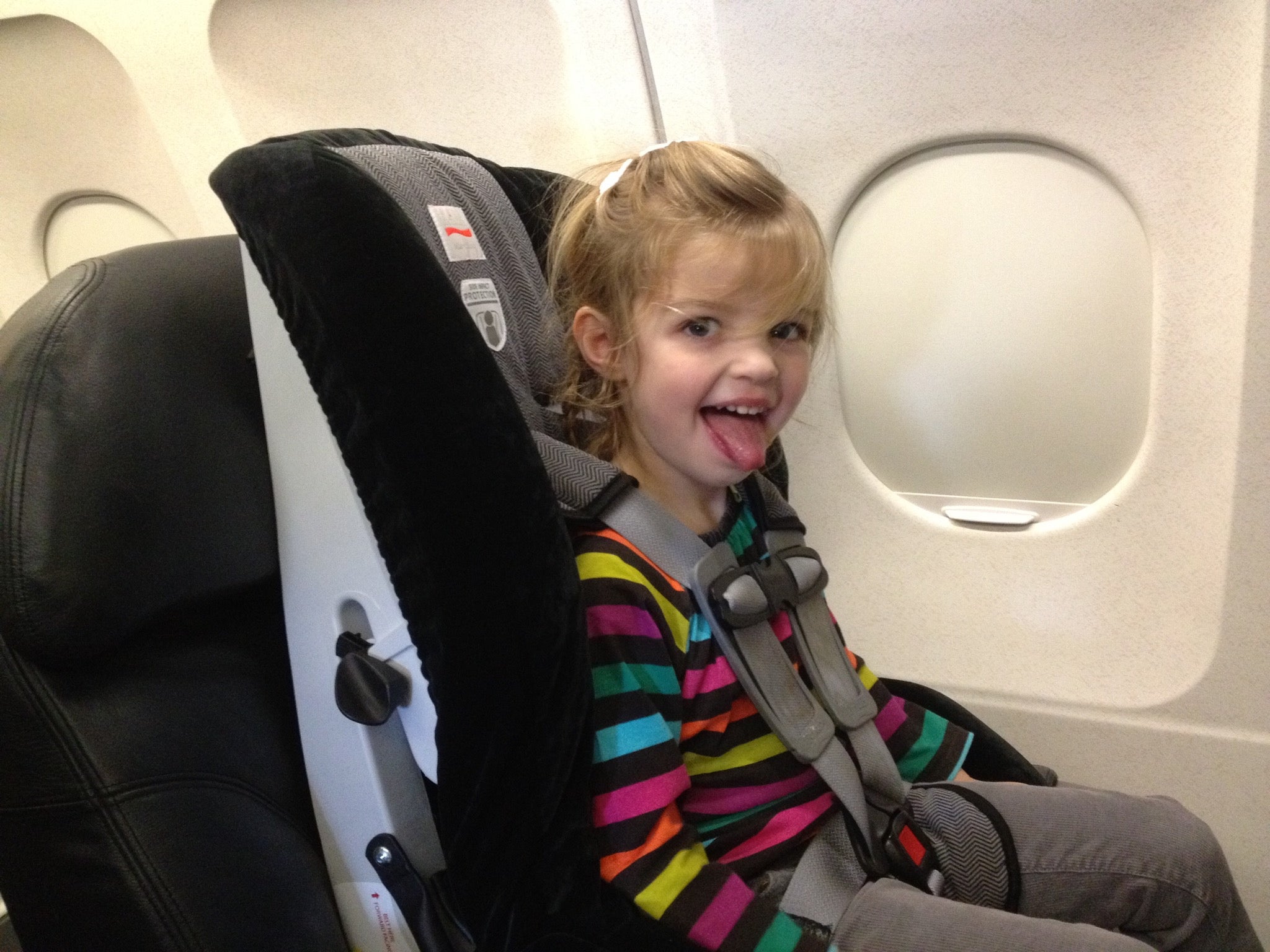 The Real FAA Car Seat Rules...Not the Delta Version
This post contains references to products from one or more of our advertisers. We may receive compensation when you click on links to those products. Terms apply to the offers listed on this page. For an explanation of our Advertising Policy, visit this page.

I'm in the middle right now of dealing with either totally gnarly food poisoning or the plague. It's so bad it would be almost comical if it weren't so miserable and causing me to be a serious party pooper for Josh's birthday. Anyway, I'm not sure if it is my actual food poisoning/plague that has me feeling sick to my stomach, or the new round of airline passengers getting the boot. Since I'm running at least a half day behind right now (thanks plague!), I bet many of you have already heard the newest airline vs. passenger story where a family was removed from a Delta flight coming back from Maui.

If you aren't yet familiar, the short version is that the family of five - mom, dad, two young sons, and an 18 year old son were finishing up a trip to Hawaii and expecting to fly Delta back to the mainland. The older 18 year old son took an earlier flight, but they didn't cancel his ticket on the original flight the remaining four family members were taking. Their plan was that they would strap both young children into their car seats, and instead of having their one year old fly as a lap baby, he would fly in his older brother's unused seat.

Those who fly frequently know that this isn't exactly how things work when a passenger doesn't show up, but it isn't unreasonable to see where this family's thinking was coming from. They had purchased a seat that wasn't going to be used by their oldest son, so they wanted to use it for their younger son to be safer and more comfortable on the redeye flight home in a car seat. If the flight hadn't been full/oversold their plan very well may have worked, but that wasn't the case, so Delta assigned the 18 year old's unused seat to another passenger when he ultimately didn't show up for boarding.

Things went downhill from there with the cell phones coming out to record and the parents being threatened with jail and potentially losing their kids if they didn't follow instructions. I will say that everyone stayed pretty calm in the discussions, so that was good to see. Ultimately when the father eventually agreed that they would just hold the child as originally booked, the Delta employee on-board said it was too late for that and had them all leave the plane. At least they weren't forcibly dragged off the plane, so there is progress.

There were a lot of sort of crazy things about this situation, but one thing that I want to be sure is clear to anyone who has seen the video is that the Delta employee who said you can't use car seats if your child is two or older is 100% wrong. Not only can you use a car seat for children aged two and up, but for toddlers it really is the best choice in many situations. That said, this part of this story actually has happened to me when I was told a few years ago I had to remove my then three year old from her car seat on a United flight or risk escalating things to a point where I'm pretty sure we would have been kicked off. We needed to get home that night so I caved even though I knew I was in the right - I don't think I would do the same now.

The real truth about car seats according to the FAA, is that a child of any age (up to 18 years old) may use a properly labeled, appropriate for the child's weight, car seat on board an aircraft. It doesn't matter if they are under two years old, over two years old, or whatever. What does matter is that they have a seat to put their carseat in, however the seat they are in doesn't actually have to be one purchased in their name. The FAA is clear that a seat doesn't have to be purchased in that child's name in order to have them sit in it in a car seat, but instead they instruct parents to ask airlines if they can use an empty seat and to book at off-peak times to increase the likelihood of there being an open seat available if they don't plan to purchase a seat. Of course this is in reference to the under-two crowd who could fly as lap babies, as children two and over have to have their own seat.

The recent Delta incident was unfortunate and it really boiled down to, in my opinion, a family not totally understanding how airline tickets work. If the airline staff had spent more time explaining that part of the situation and less time making up car seat rules that were contrary to both FAA rules and what the parents had experienced in previous flights, I think it is much more likely they would have agreed to simply hold their one year old before it was "past that chance" and they were forced to deplane.

If you are interested in more tips when flying with car seats you can check out my previous linked post. Fingers crossed that at least some good comes from this rapid fire succession of airline vs. passenger viral videos and that everyone becomes a little more knowledgable about actual airlines and FAA rules and procedures.