What Happens to Your Seat Fees If You Get Upgraded? 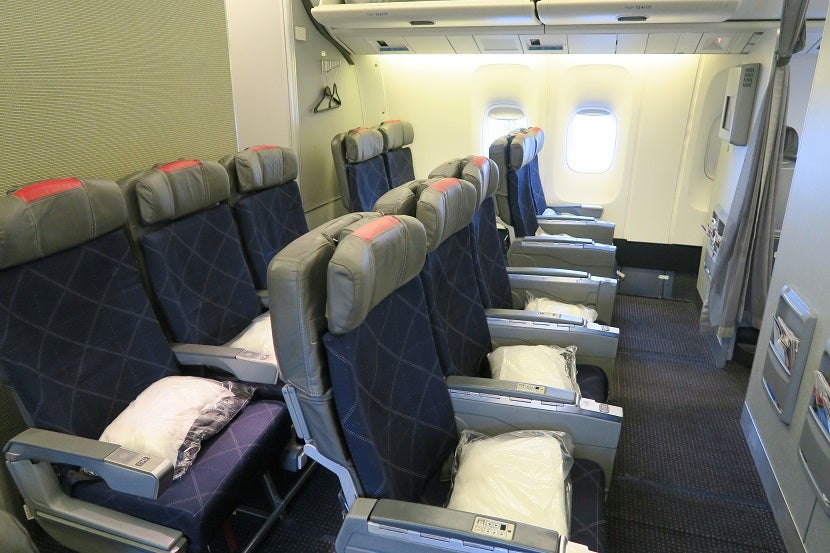 What Happens to Your Seat Fees If You Get Upgraded?
This post contains references to products from one or more of our advertisers. We may receive compensation when you click on links to those products. Terms apply to the offers listed on this page. For an explanation of our Advertising Policy, visit this page.

TPG reader Adam sent us a Facebook message to explain that he paid for Main Cabin Extra seats on American, but wants to know what happens if he later gets upgraded...

[pullquote source="TPG Reader Adam"]If you purchase a Main Cabin Extra or preferred seat and then get upgraded to first class, is the charge for the original seat refunded or forfeited?[/pullquote]

As the airlines continue to charge more for items that used to be included in the airfare — like a relatively comfortable seat that an average-sized human being can actually fit into — it's becoming harder to have an experience in the air that's anything less than miserable without coughing up some extra cash. In American's case, the "non-torture" section of the economy cabin is called Main Cabin Extra. Depending on the route, Main Cabin Extra costs anywhere from $20 to $200, and you get seats with about 36"-37" of legroom instead of the 31"-32" you'll get in the standard seats.

Of course, seats in business or first class have a lot more legroom along with plenty of other perks, so if possible you want to fly up front. Adam doesn't specify how he might get upgraded, but on most airlines you can upgrade with cash, miles or via your elite status, though often the upgrade possibilities are dependent on availability.

So if it's a long flight, it's probably not a bad idea for Adam to protect himself from an unpleasant experience by paying in advance for Main Cabin Extra seats. But what if his upgrade then comes through after the fact?

Fortunately Adam's got nothing to worry about, because American's terms and conditions on selecting seats specifically states that the airline will "issue you a refund if you pay to upgrade to First or Business." What about complimentary elite upgrades? Well, AA elites other than Gold get free Main Cabin Extra seats anyway, but if you're a Gold and get upgraded on stickers, you should also get you a refund for the seats you previously paid for. In most cases the refund should process automatically, but if you don't see it after a week or so, you can contact AA and request the refund.

As far as other airlines go, United will refund Economy Plus fees in the event of a paid upgrade, but not as a result of a complimentary upgrade. On the other hand, Delta will not refund costs for Comfort+ seating at all, even if you paid for the upgrade, though it seems some folks have had luck in the past by calling and asking nicely.

So Adam, we hope the upgrade comes through for you, but at least you'll have a slightly less unpleasant experience in Main Cabin Extra if it doesn't. Thanks for the question, and if you're a TPG reader who'd like us to answer a question of your own, tweet us at @thepointsguy, message us on Facebook or email us at info@thepointsguy.com.