Articles
Brendan Dorsey is an Associate News Editor at TPG who covers nearly everything for TPG including aviation, credit cards, points, miles, ride-hailing services and more. He previously worked for TIME.
Follow
May 16, 2017
•
3 min read 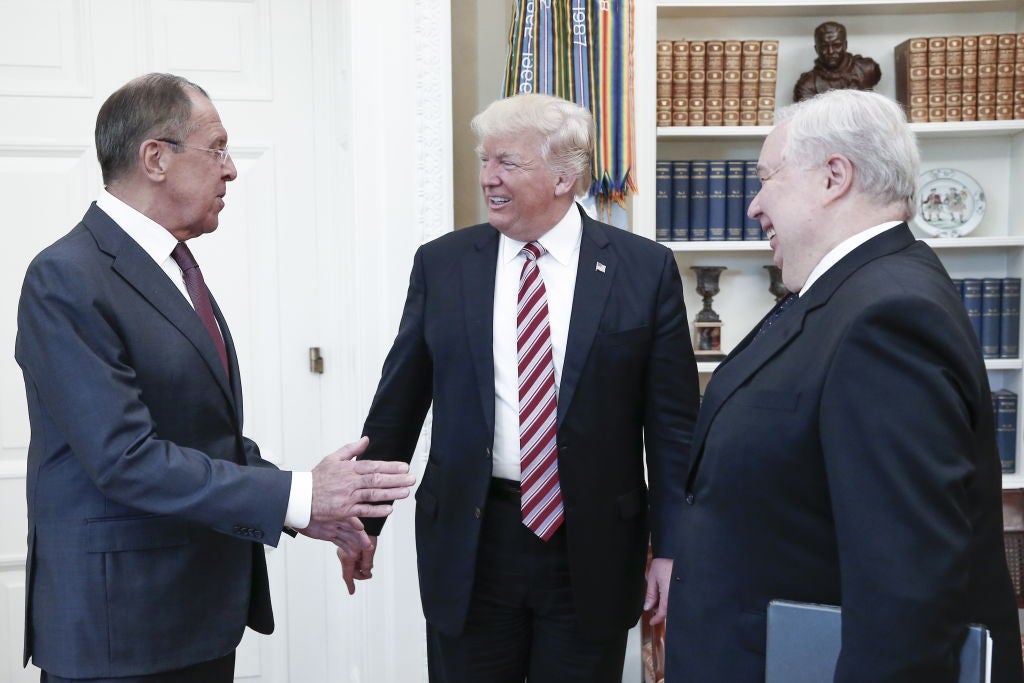 Electronics Ban Details Said to Be Part of Classified Info Leaked to Russians
This post contains references to products from one or more of our advertisers. We may receive compensation when you click on links to those products. Terms apply to the offers listed on this page. For an explanation of our Advertising Policy, visit this page.

In a May 10 meeting with the Russian Foreign Minister and Russian Ambassador to the US, President Trump may have revealed confidential information about the electronics ban — including details that jeopardize a source of intelligence on the Islamic State.

The Washington Post reports that the information Trump revealed was incredibly delicate, so much so that it had not been shared with US allies and many top US government officials. The source of intel reportedly has "access to the inner workings of the Islamic State" and did not authorize the US to share the information with Russia. Some government officials now say that Trump's actions could endanger cooperation from a close partner in the war on terror.

According to The Washington Post, the president basically went "off script" during the meeting:

"One day after dismissing Comey, Trump welcomed Russian Foreign Minister Sergei Lavrov and Ambassador Sergey Kislyak — a key figure in earlier Russia controversies — into the Oval Office. It was during that meeting, officials said, that Trump went off script and began describing details of an Islamic State terrorist threat related to the use of laptop computers on aircraft."

The Post has not published certain details, including the name of the city where the U.S. intelligence partner detected the threat.

Concern about electronics on planes escalated after President Trump ordered a raid on an Al Qaeda base in Yemen in January, which uncovered plans for the terrorist organization to hide explosives inside electronics that could be detonated on planes. Based on this intelligence, the US implemented a carry-on electronics ban in March on direct flights from 10 Middle Eastern Airports to the US.

"The president and the foreign minister reviewed common threats from terrorist organizations to include threats to aviation.... At no time were any intelligence sources or methods discussed, and no military operations were disclosed that were not already known publicly.”

The US government has recently discussed and drawn up plans for an extended electronics ban on flights from European airports to the US. The EU has pushed back on the ban, citing safety concerns about placing large quantities of lithium-ion batteries in the cargo hold. It is also not clear how bans from European flights will keep the United States safe from terrorism stemming from African and Asian nations.