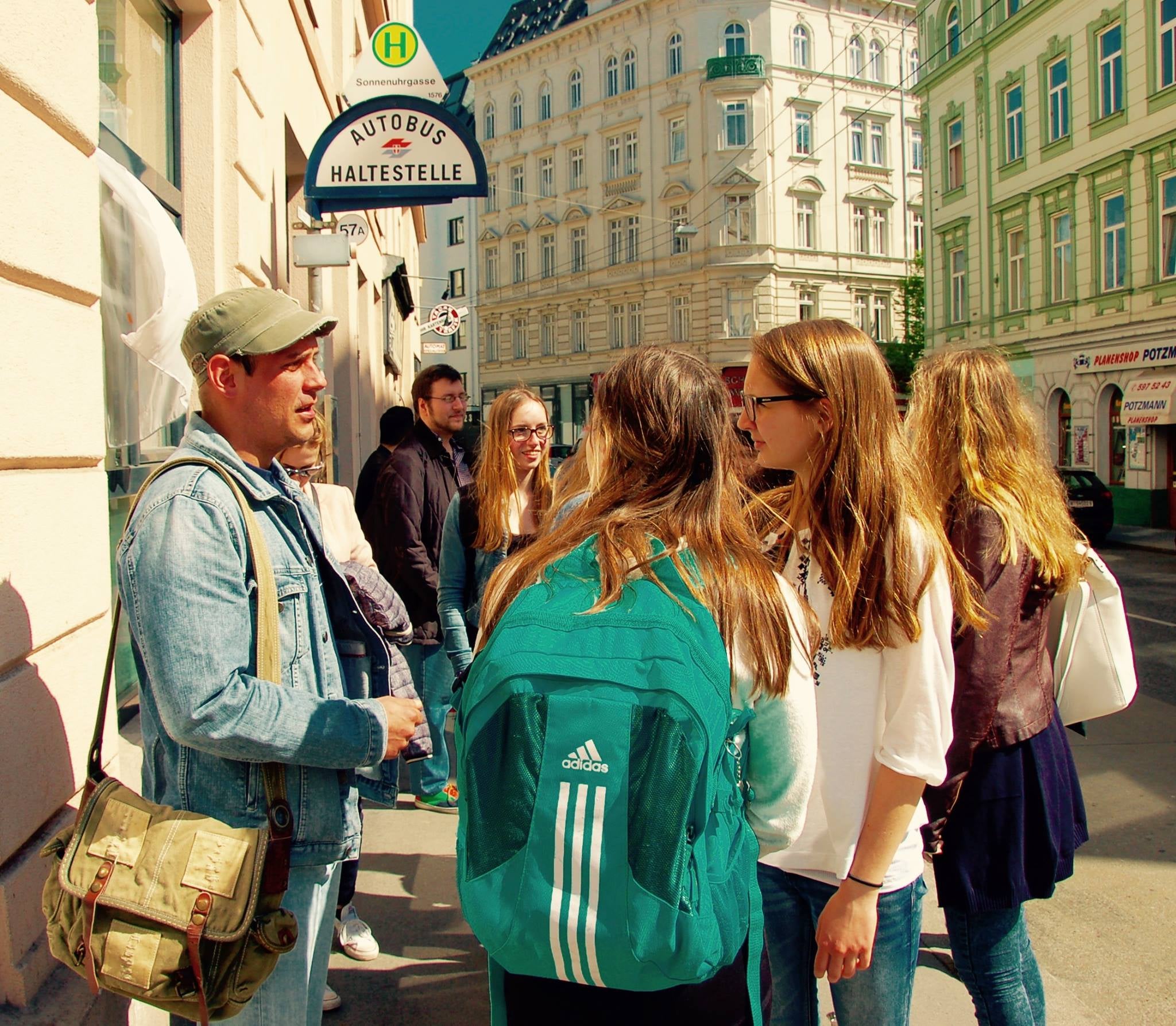 Homeless Tour Guides Give Travelers a New Perspective of Major Cities
This post contains references to products from one or more of our advertisers. We may receive compensation when you click on links to those products. Terms apply to the offers listed on this page. For an explanation of our Advertising Policy, visit this page.
Sign up for our daily newsletter

On any given day, visitors to London can find dozens of walking tours of the city that go beyond run-of-the-mill art and history-themed itineraries, whether it's a pint-filled pub crawl or a morbid walk in the footsteps of Jack the Ripper. If you're in the mood for something even more different, check out Unseen Tours, which has been offering a unique perspective on England’s capital by employing a team of homeless and formerly homeless tour guides since 2010.

The idea was started by a group of volunteers who took weekly walks through the city to engage with and assist the local homeless population. From there, they developed Unseen Tours, working with individuals they had befriended within the homeless community. In the years since, nearly two dozen tour guides have led more than 12,000 people through some of London’s most diverse neighborhoods, including Shoreditch and Camden. The guides earn 60 percent of every ticket sold, while the rest goes toward the organization’s operating costs.

London isn’t the only city that’s mixing social justice with tourism. For the past five years, Pragulic (in Prague, Czech Republic) has been endeavoring to challenge stereotypes and assumptions about homelessness, taking a much more personal approach to its lineup of tours, with each of its guides creating a unique itinerary that serves as a sort of "day in the life" experience. Václav, the group’s most seasoned tour guide, is a former millionaire who has been living under the Hlavka Bridge since 2006 with his dog and cat. While his tour focuses on the history of the city, he also shares the experience of being homeless in Prague — and invites guests of the tour to see where he lives.

In 2016, Vienna followed suit when entrepreneur Perrine Schober launched Shades Tour Vienna, a series of two-hour walking tours that its site says "will submerge you into a mostly hidden and unseen world," through a mix of the city's history and personal stories shared by your tour guide.

While the trend will no doubt continue to proliferate, it’s not without its critics, who see the practice as being potentially exploitative. “We’ve had a couple of people dismiss the idea as misery tours,” Lidija Mavra, an organizer for Unseen Tours, told The Independent. “But that’s not what this is about. It’s not voyeuristic because you are walking the streets with the homeless, not taking a tour of the homeless. It’s a way of seeing the world through their eyes. It’s actually a reversal of the power balance.”