Articles
Summer Hull , aka Mommy Points, ran the Mommy Points site for families who want to travel more for less using miles and points for seven years. She now heads up a variety of special projects at TPG when she isn't exploring the world with her own two girls.
Follow
April 22, 2017
•
4 min read 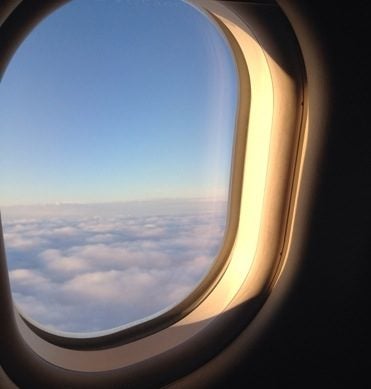 AA 591: Are We at a Tipping Point for Air Travel?
This post contains references to products from one or more of our advertisers. We may receive compensation when you click on links to those products. Terms apply to the offers listed on this page. For an explanation of our Advertising Policy, visit this page.

If you haven't yet seen the online buzz about yesterday's American Airlines flight 591 from San Francisco to Dallas, I'm sure you will shortly. I'm not even sure how I feel about sharing these videos anymore since I wonder if the people being filmed always really want them out there, or if they do, is that perhaps worse?

Anyway, you can find the video here if you want, but the gist of it seems to be that a woman traveling with two small children brought a stroller on-board the flight and didn't want to turn it loose to the flight attendant. I can imagine why if she was wrangling very young children. This escalated and the male flight attendant reportedly forcibly took the stroller from the woman while she was holding a baby, which resulted in her getting (presumably accidentally) hit with the stroller, and the baby she was holding was narrowly missed.

That part isn't shown on the video, but instead you see the aftermath with the female passenger crying and the male flight attendant and a male first class passenger yelling at each other about the incident.

Before you decide that bringing a stroller on-board damns her to the realm of "she must be wrong no matter what happens next", note that some airlines actually do still permit you to bring small strollers on-board. Those are not largely your US based airlines, but airlines such as KLM, Singapore Airlines, Hawaiian Airlines, and Air France do expressly permit some strollers in the cabin, so it isn't totally bananas to think you can bring a stroller on-board.

As with most things in life, it isn't so much what went wrong, but what happens next that matters the most. Stuff goes wrong all the time, and it is unreasonable to expect every passenger to know every rule on every airline (though of course it benefits you greatly to brush up on the airline specific rules before flying). While one would assume what should have happened if the mom got the stroller and her children all the way on board is that the process of gate checking the stroller is calmly explained to her, and her fears or concerns about checking the stroller were addressed and diffused as best as possible. What seems to have happened instead was the opposite of diffusing the situation.

This is just sad all the way around. Airline employees are under so much stress with getting flights out on time, managing 100+ passengers, and more that inevitably the stress comes out at times. This does not excuse the poor treatment of passengers, but rather it acknowledges that the situation is ripe for this sort of "stress explosion". Airline passengers are also under stress from the moment they have to wait in lines at the airport, unpack their stuff for screening, collapse their strollers through security, and sit in a very small confined space for hours in-flight. This is not to mention all the stress that everyone can have going on in life outside of the airport at any given point in time that exacerbates everything. Traveling with small children absolutely increases the stress quotient by an order of magnitude.

Airline travel shouldn't be this stressful for employees or passengers. As I sort of stated after the United incident a week ago, I would love to see and participate in a more cooperative traveling environment where there isn't an "us against them" mentality between passengers and airline staff. Unfortunately, that doesn't seem to be where we are at the moment, and it feels like we are reaching a tipping point for air travel in this country. I don't yet know whether we will tip to something better or worse, but the viral nature of these encounters seems to be pushing us towards a change of some sort. Maybe I should start up an airport-based social work service that can be called in instead of security...

Seriously though, please be patient and kind. Help each other. Diffuse situations where you can. Know the security and airline rules so you can avoid as many problems as possible. Flying should be at least a somewhat enjoyable part of life, and not something straight out of Jerry Springer.

Do you think we are at or near a tipping point of sorts for air travel in this country?

If you want to start traveling the world with your family for much less, follow along on Twitter and Facebook for daily miles, points, and travel tips!