In the very near future, we head off on a much awaited return trip to Hawaii. Hawaii is a super interesting destination for many reasons, one of which is that even though for most of us is pretty far away spot, the majority of the planes that fly to Hawaii don’t have the fancy lie-flat seats that you would find if you were heading the opposite direction to Europe. However, from here in Houston it can easily take us longer to get to Hawaii than to many points in Europe.

The only nonstop option to Hawaii from here is a United operated flight to Honolulu, and even that is blocked at 8 1/2 hours of flying time. If you are going anywhere else on the islands and have to connect, it is obviously going to take even longer than 8.5 hours. By that point you could have landed in London, Paris, Amsterdam, etc. 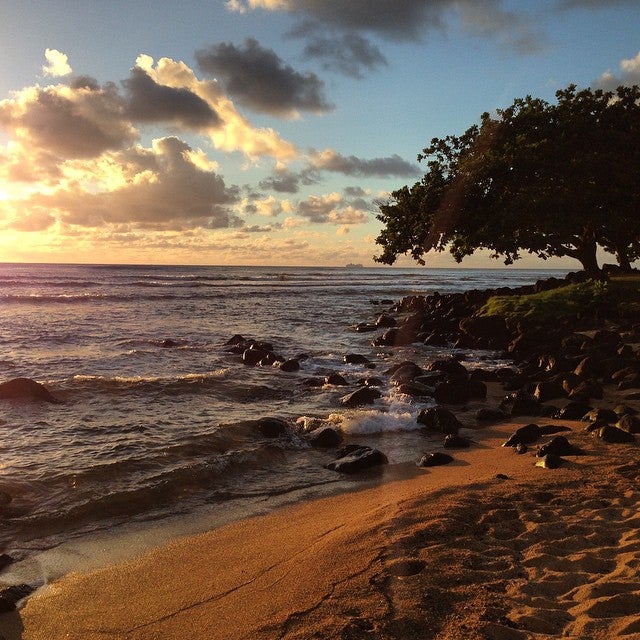 Hawaii is still totally worth it once you get there, but I think the weird combination of pretty long distance flying without the decent availability of really “good” seats seems to make me do sort of stupid things. Well, there’s that and my husband’s self-imposed “rule” of not flying more than 4-5 hours if it isn’t in first class.

As I look at our upcoming itinerary to Hawaii I just keep shaking my head. We’re in first class. We’re going to Hawaii. We’re using miles at the saver level during spring break. That’s all awesome, amazing actually, but I still don’t think I did a very good job in getting us there.

My error was that I let the class of service be the driver of the decision making process and not the schedule. If the seats were truly amazing lie-flat seats that might be a tad more forgivable of a family travel sin, but on our outbound journey we are in normal domestic first class seats. Of course those are better than coach seats, but probably not really worth going much out of your way to enjoy…though again, Hawaii is kinda far so I understand why I did it.

Trying to absolve myself if this ‘sin’, this morning I texted my husband and presented a totally new option to get to Hawaii. The option presented cost fewer miles, only required two flights instead of our current three, would result in at least two more hours of sleep, but it was all in coach. He didn’t go for it.

The real issue here though isn’t that he was reluctant to totally change up our flight plans this close to departure, it was that I created this mess in the first place. While it is totally reasonable to take the type of plane and the class of service into account when selecting the best flights for your family, if you stray too far from simply securing the best overall schedule, you probably don’t come out ahead in the end.

Never say never, but I very much plan to avoid making this mistake again. Obviously first class is more enjoyable than economy when flying as far as Hawaii, but simply getting where you want to be in as timely and logical of a manner as possible outranks the seat for me, especially if the first class seat you are chasing isn’t really all that hot anyway. I can guarantee at the point in our long journey when we could have been there if we just sucked it up and sat in economy, but instead still have a couple hours to go in our domestic first class seats, I will very much wish I ranked schedule ahead of seats. He probably will, too.

At the end of the day, we will still land in Hawaii for very little out of pocket cost, so I didn’t do too terribly in booking the trip, but I plan to do better in the future and firmly rank schedule over seats in the decision making process.

How do you balance the best schedule with the best seats when making your award bookings?

Summer Hull , aka Mommy Points, ran the Mommy Points site for families who want to travel more for less using miles and points for seven years. She now heads up a variety of special projects at TPG when she isn't exploring the world with her own two girls.
You might like
Edinburgh Airport to get a Plaza Premium lounge this Summer
News
19m ago
Ronald Reagan Washington National Airport renumbers its gates
News
1h ago
UPDATED: A country-by-country guide to where you can travel with no COVID-19 test and/or vaccine required
News
2h ago
Chase Sapphire Preferred® Card