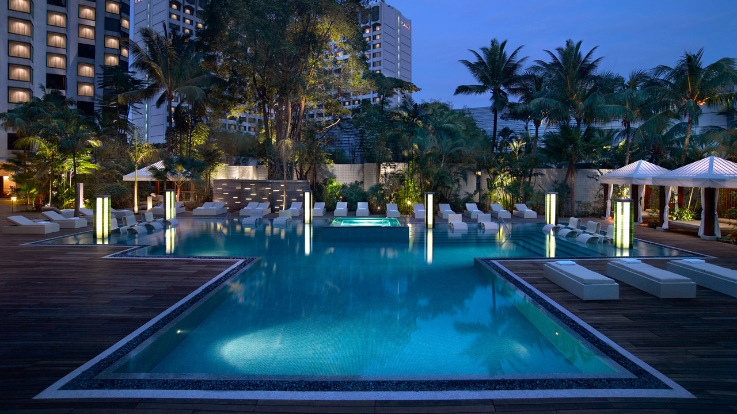 Do Credit Card Point Transfers Count Toward Hyatt Elite Status?
This post contains references to products from one or more of our advertisers. We may receive compensation when you click on links to those products. Terms apply to the offers listed on this page. For an explanation of our Advertising Policy, visit this page.

The new World of Hyatt program officially launched on March 1 and TPG reader Garrett wants to know how Chase point transfers will work when trying to achieve elite status...

[pullquote source="TPG Reader Garrett"]If you transfer Ultimate Rewards points to Hyatt, do they count towards your future World of Hyatt status?[/pullquote]

Most folks are aware that you can no longer qualify for Hyatt elite status via stays. But what some may have missed — and what Garrett is referring to — is that it's now possible to qualify for elite status on points as well as nights.

If you want to qualify for Hyatt elite status via nights, you'll need 10 nights for Discoverist status, 30 nights for Explorist or 60 nights the first time you qualify for Globalist (it's only 55 nights in the years thereafter). But you can also earn Discoverist for as few as 25,000 base points, and Globalist for 100,000 base points without any qualifying night requirement at all.

So that certainly begs the question — since Hyatt is a popular transfer partner of Chase Ultimate Rewards, if you transfer 100,000 Chase points to Hyatt, will that get you Globalist status? Or will transferring a portion of those points at least get you closer to it?

Unfortunately, the answer is no. That won't work. The reason is that annoying word "base" in the phrase "base points." Because when we dive into the World of Hyatt terms and conditions and look at Appendix A, Section I(a)5 (yes, really), we find the following definition of "base points" (emphasis mine)...

If a Member chooses to earn points for his/her stay, such Member will earn five (5) points for each whole U.S. dollar or U.S. dollar equivalent spent by the Member on an Eligible Rate. Such points will be considered “Base Points,” which means that they will be considered when calculating a Member’s progress towards elite status in the Program. ... A Member may also earn Base Points for payment of Eligible Incidental Charges and Eligible Non-Stay Charges, as each term is defined below. Except where expressly specified otherwise, all other points earned by a Member will be “Bonus Points.”

And just in case we needed any clarification about transferred points, in that same section we can find the definition of "bonus points" (again, emphasis mine)...

Bonus Points include (without limitation) percentage bonuses awarded to Members with elite status (as described in Appendix C), points provided to a Member by Hyatt customer service, points earned through the Hyatt Credit Card, or by holding Qualifying Events (as defined and described in Appendix E ), points that are purchased or received by transfer or gift, and points earned through a promotional offer (unless the promotional offer expressly notes otherwise).

So unfortunately, Garrett, even though Ultimate Rewards remains incredibly valuable when it comes to redeeming points at Hyatt properties — particularly the more aspirational ones — it's not going to get you closer to elite status. Sorry about that, but thanks for the question, and if you're a TPG reader who'd like us to answer a question of your own, tweet us at @thepointsguy, message us on Facebook or email us at info@thepointsguy.com.