Articles
Summer Hull , aka Mommy Points, ran the Mommy Points site for families who want to travel more for less using miles and points for seven years. She now heads up a variety of special projects at TPG when she isn't exploring the world with her own two girls.
Follow
March 19, 2017
•
8 min read 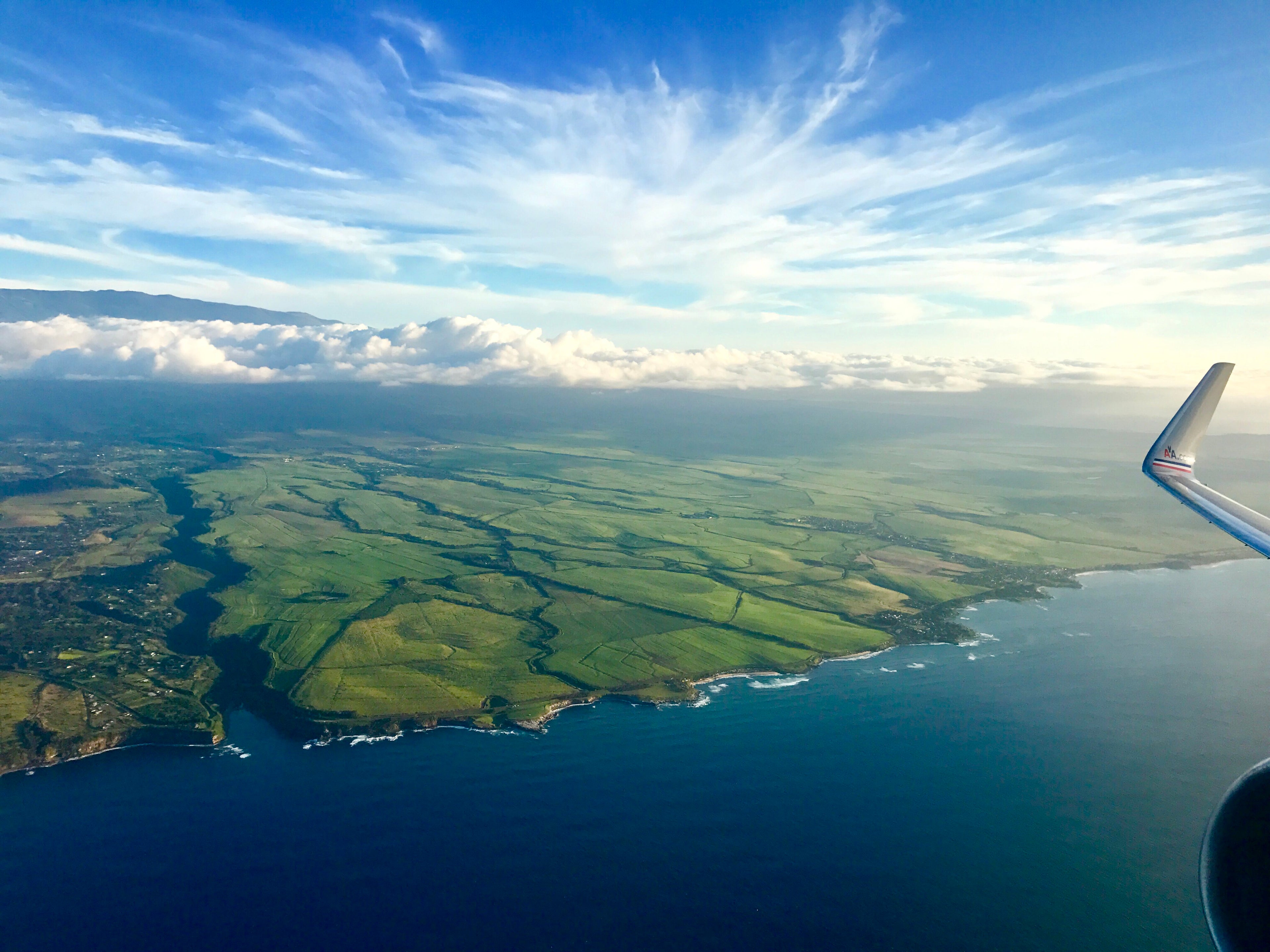 Flying From Maui in One of the Most Vintage American Airlines Aircraft
This post contains references to products from one or more of our advertisers. We may receive compensation when you click on links to those products. Terms apply to the offers listed on this page. For an explanation of our Advertising Policy, visit this page.

We concluded our family spring break trip to Maui with a much anticipated award flight sitting in the "good seats" on an American Airlines 767-300. Hawaii is always worth it, but that doesn't take away from it being pretty darn far away and from having a time zone that is rough for us both coming and going. Factor in having a seven year old and one year old to take care of no matter how tired you are when you land, and it can be a little painful. To ease the transition, we purposefully booked seats that had the highest probability of at least decent rest on the overnight flight home.

Business class seats on the Maui - Dallas American Airlines operated nonstop flights pretty much are never available at the 40,000 mile saver award level, so the lowest you can realistically expect to pay for them is 67,500 American Airlines miles per ticket. That is a ton of miles, but we really haven't been taking too many 'big' trips recently, so I booked the three awards and felt good about it being the right decision. This is especially true since the seat chart for months and months indicated we should be in the 1-2-1 seat configuration...which means having the retro-fitted lie-flat seats as shown above, and not the old 2-2-2 antiquated angled lie flat seats. This may border on #avgeek talk, but it is really one of those things you want to look out for as it makes a huge difference.

We enjoyed the heck out of our trip to Maui, and when we checked in for our flight and headed to the airport for the long flight home all still seemed well with our 1-2-1 seat assignments in place. However, when we actually got to our gate and I looked out the window, I saw what appeared to be a very 'vintage' shiny silver American Airlines aircraft.

This worried me a bit, but it was too late to do anything about it at this point anyway, so I just hoped that it was only the outside of the plane that looked a bit 'classic'. I think you know what happened next.

We boarded the plane, turned right and any excitement about the flight home deflated into mumbles of disappointment. This has to be one of the most vintage planes in the American Airlines fleet. It was classic-1992-chic not only on the outside, but more importantly from a comfort perspective, on the inside.

While it was actually a better business class product than on the United aircraft we flew to Hawaii a few years earlier, there were no lie-flat seats to be found on this classic bird. Before I go further, yes, I know this is a #firstworldproblem, but this is a blog that is in part about using your miles to fly as comfortably as possible, so within that realm of operation, it is still a problem.

For whatever reason there had been an aircraft substitution, and instead of the fancy looking seats shown in the first image on this post, we had this...

And his face was less than smiling with joy after I had hyped up how I thought we were flying home. In truth, the plane photographed better than it looked in person.

While it is hard to show the true angle of these in photos, I absolutely slid halfway to the ground in the angled seat more than once. My seven year old, thankfully, did just fine.

We were not the only ones that noticed the swap, as I heard many unhappy folks during boarding who had ponied up the miles or money for one type of seat only to have the privilege of a surprise vintage ride home instead. American doesn't have all that many of these non-retrofitted 763 aircraft still in operation, and my understanding is that within the year they will all be (hopefully) retired or retrofitted. If they don't get retired, they at least need a very good cleaning as there was visible dirt and grime everywhere except the pillows and blankets, which were actually quite nice.

In truth these old and angled seats were still the best I have ever had coming home from Hawaii, but the problem to me lies in the unannounced last minute swap. This is not an apples to apples situation, and at least having a head's up and the option to change your cabin or flight as a result would be a bit more reasonable than just a surprise disappointment at the gate. At the very least American had to have know about this for 12 hours or so since the plane flew from Dallas, but when I looked a bit deeper it seems that plane had been doing the Maui - Dallas runs for a few days straight, during which time my flight still displayed the 1-2-1 retrofitted seat map. Had I dug for this info ahead of time I could have found it, but I was way too busy enjoying Maui.

While I had explained to my daughter we all share one movie screen on these sort of planes, in the end the flight attendants did bring out personal devices that they plugged in and set up which helped pass the time when we weren't trying our best to sleep.

The best part of the flight, by far, were the views of Maui shortly after take-off. We were in the air just before sunset and everything looked absolutely gorgeous from the right side of the plane looking back.

Shortly after take-off and the set-up of the personal devices, the meal was served. It consisted of a smoked island fish dip, salad, wasabi crusted chicken, and an ice cream sundae. It was totally decent and a notch above normal domestic meals for sure, though I think my daughter opted to eat about three or four Hawaiian rolls instead of most of what was on her plate. By the time food was served it was dark, and I didn't want to disturb anyone with a flash, so please forgive the lack of images beyond the menu and mixed nuts.

Our flight from Maui to Dallas was safe, on-time, and of course those are the most important things in the end, but I will caution you that despite what you think you may have booked, these older seats are still being operated as a "surprise" swap on this and likely other routes. After spending so many miles to get us home in the "good seats" it was a bit of a bummer to be in these vintage and relatively uncomfortable seats. I probably slept a cumulative 2-3 hours and my husband clocked in at under an hour.

Not that American or any other airline really cares that much about my opinion, but in the interest of trying to be constructive, here's how something like this might be better handled. First, an email head's up of the change from the airline might be a good idea as soon as they are aware, in a similar fashion to say a delay or schedule change. Options in such an email could be free downgrading to coach and get credited the difference in miles, free change to another flight, or at least a token apology of a few thousand miles or similar. They could even frame it in a fun way to highlight that you are one of the last to get a flight on this classic aircraft design. This wouldn't have been needed even a couple years ago when most of their Hawaii flights from Dallas operated in angled seats and you got what you expected. However, now that it is the exception, and certainly a disappointment and downgrade from a retrofitted aircraft, and I think that ignoring the swap and hoping no one notices or cares probably isn't the best course of action.

I know I won't be splurging on that route again while the older seats are in service as I'd rather save my miles for something I will truly enjoy rather than end up with a surprise disappointment that costs the same number of miles. Instead, I'll just save a ton of miles miles, book coach, and plan a stop on the west coast, which really isn't a terrible strategy regardless.

Have you been surprised with American's 'vintage' 763 angled seats on a recent flight?