Articles
Nick Ellis joined The Points Guy in 2016 as an intern and is now Reviews Editor, primarily responsible for arranging, writing (some of), editing and publishing reviews of hotels and airport lounges along with helping manage, write and edit travel content.
Follow
Feb. 11, 2017
•
5 min read 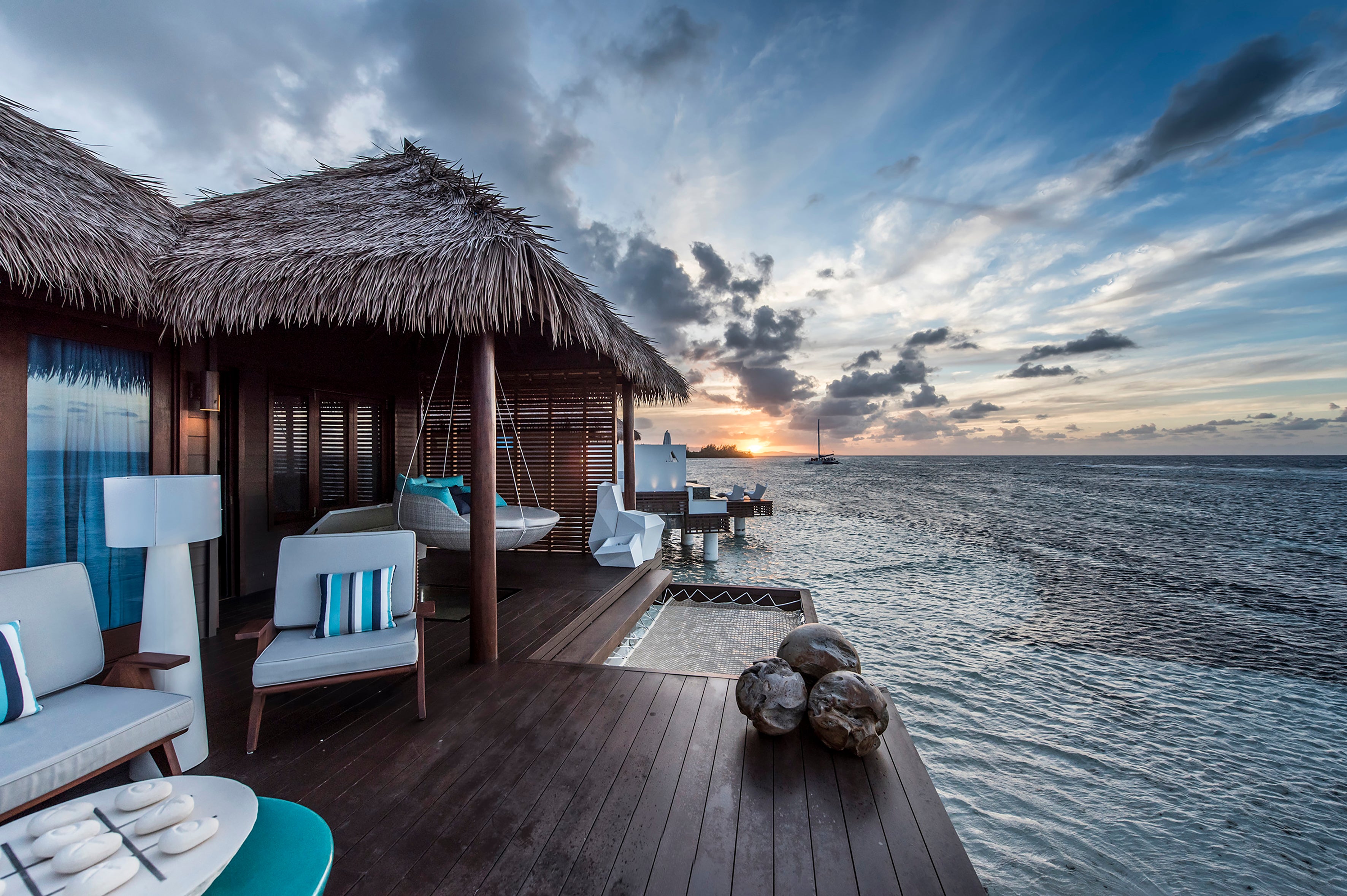 Incredible Overwater Villas Near Home, 8 Outrageous Resort Fees, New Delta Economy Amenities and More
This post contains references to products from one or more of our advertisers. We may receive compensation when you click on links to those products. Terms apply to the offers listed on this page. For an explanation of our Advertising Policy, visit this page.

Following a successful trial of complimentary meals for coach passengers on select transcon flights, Delta will make the move permanent on March 1. Coach passengers will be able to choose from three different meal options on flights between New York (JFK) and California (LAX and SFO).

8 Hotels With the Most Ridiculous Resort Fees

Resort fees are an unfortunate reality in the hotel industry today, as they can add hundreds of dollars to your total hotel bill. We've rounded up eight of the worst offenders — and not all of them are even true resort properties!

Lufthansa's Brand-New A350 Will Soon Be Flying to Boston

Good news for East Coasters wanting to fly on Lufthansa's brand-new A350 — the airline will soon put the new aircraft on its Boston (BOS) to Munich (MUC) route. You can expect to see it in Boston beginning March 14.

Typically, you'd have to travel across the world to stay in an ultra-luxe overwater villa, but not anymore! The Sandals Royal Caribbean resort in Montego Bay, Jamaica recently opened five of these incredible bungalows that come decked out with hammocks, private plunge pools, see-through floors and more.

Read about one TPG contributor's recent experience flying Delta One between Atlanta and Lima, Peru on board the airline's Boeing 767-400ER aircraft.

Pending DOT approval, Norwegian plans to launch more long-haul service from the US, including flights between Seattle (SEA) and London.

'Cash Me Ousside Girl' Tossed Off Spirit For Life

13-year old Danielle Bregoli made herself (in)famous for her threats to fight an entire Dr. Phil audience, followed by her meme-worthy catchphrase "Cash me ousside... how bow dah?" She and her mother were in the news again this week for getting involved in a physical altercation with another passenger on a Spirit Airlines flight. As a result, the two were kicked off the flight and subsequently banned from Spirit for life.

Check If You're Targeted for Starwood's Member Exclusive Promo

Starwood's currently running a new Member Exclusive promotion which is available for some, but not all, members. If you qualify for the offer, it's likely you've received an email saying so. But if not, you can check to see if you qualify by entering your SPG number here.

12 IHG properties have been affected by a recent credit card breach due to malware being installed on servers that processed credit card payments at bars and restaurants at the hotels. The breach cut across several of the chain's brands, including the Kimpton, Crowne Plaza, Hotel Indigo, EVEN, Holiday Inn, Staybridge Suites and Candlewood Suites brands.

Starting April 10, China Southern will fly three times weekly between its hub in Guangzhou (CAN) and Mexico City (MEX). The flight will operate with a stop in Vancouver (YVR) each way, but as of now you're not able to book a ticket between YVR and MEX on China Southern due to the fact that the airline doesn't have the rights to fly local traffic between the two nations.