Ten Tips for Flying Solo With a Toddler

At this point I have flown more than a couple dozen flights with my youngest daughter, and likely close to (or over?) a triple digit number of flights with both daughters combined. In other words, I am certainly not new to the realities of flying with kiddos. I have flown to Hawaii, Alaska, Paris, and more with just my oldest daughter and myself on the journey, but until yesterday I had never flown with just my youngest toddler. However, the opportunity presented itself and I decided I was up to the challenge. More than that I actually thought it would be kinda fun. I know, I have a unique definition of fun.

To give some context, I needed to take one more United flight this year to hit elite status (and don’t ask what status level, it’s low…really low), and I am tremendously overdue in meeting a very good friend’s baby. So, I decided to turn one more flight into a day trip to Austin to see my friend and meet her kiddo. I would leave after breakfast and be home before bedtime. Easy peasey.

Since pre-school is out for the holidays and leaving my toddler behind while I jet off to Austin for the day would mean tying up someone else’s whole day during the busy holidays (more than I already was with the big kid), I decided the logical thing to do was bring her along for the ride as a free lap baby. It also meant that I would be doing every step of the travel process from getting to the airport, to going through security, to getting a rental car, to going to the bathroom with a toddler all. by. myself. Actually I was doing much of it by myself twice as I was going there and back in a day. 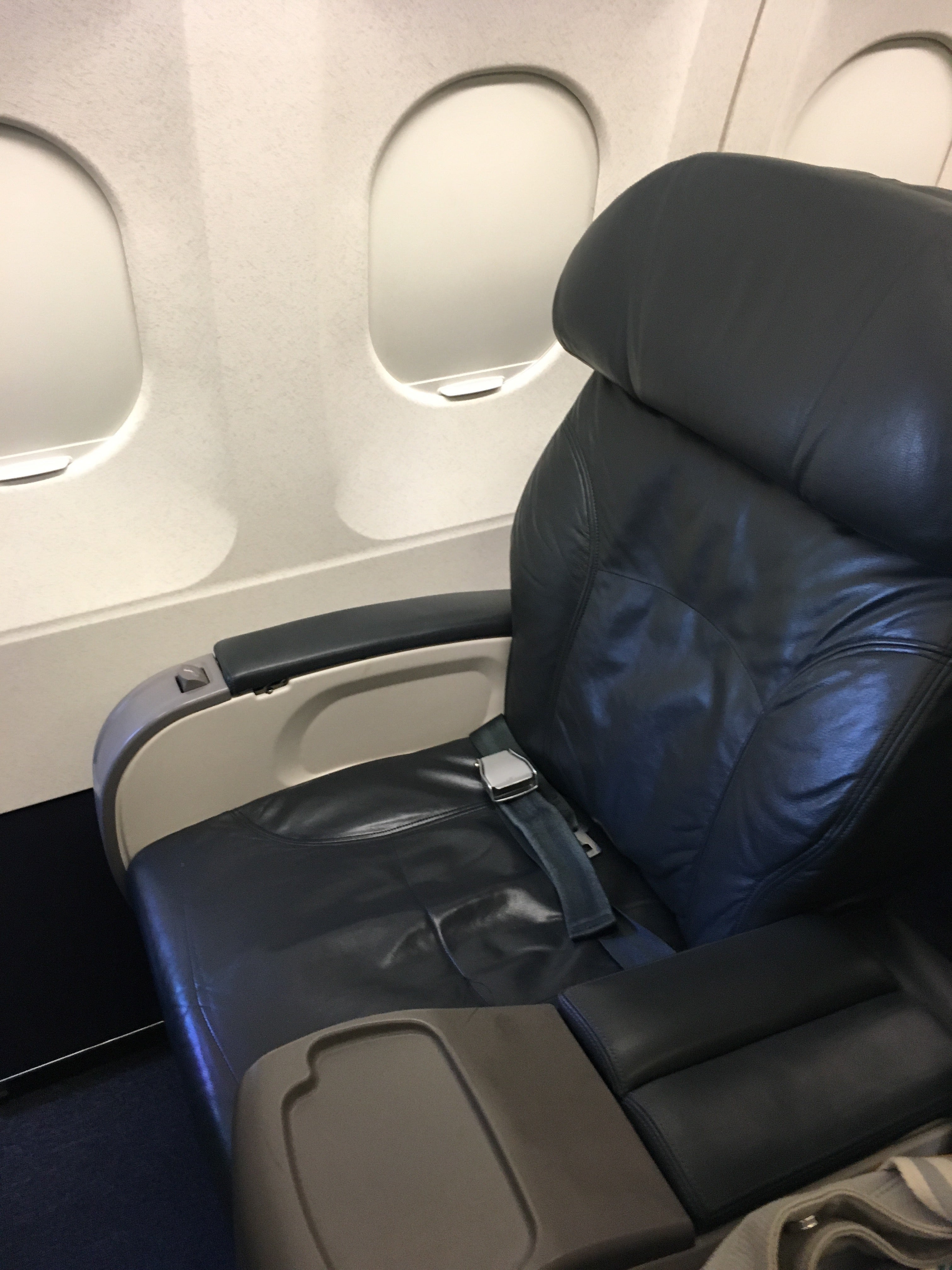 To be clear, that’s not at all a cue for a chorus of the world’s smallest violins to start playing. It’s just that I knew this wasn’t going to be as simple of a process as sitting my own tail down for a short flight and being done with it. Traveling solo with a toddler is a full contact sport that I know many of you will probably partake in at some point in your travels. Instead of potentially boring you with a full retelling of the day, I’ll summarize what I learned from this and previous solo toddler travel with my first daughter, and jump to sharing ten tips for flying solo with a toddler. 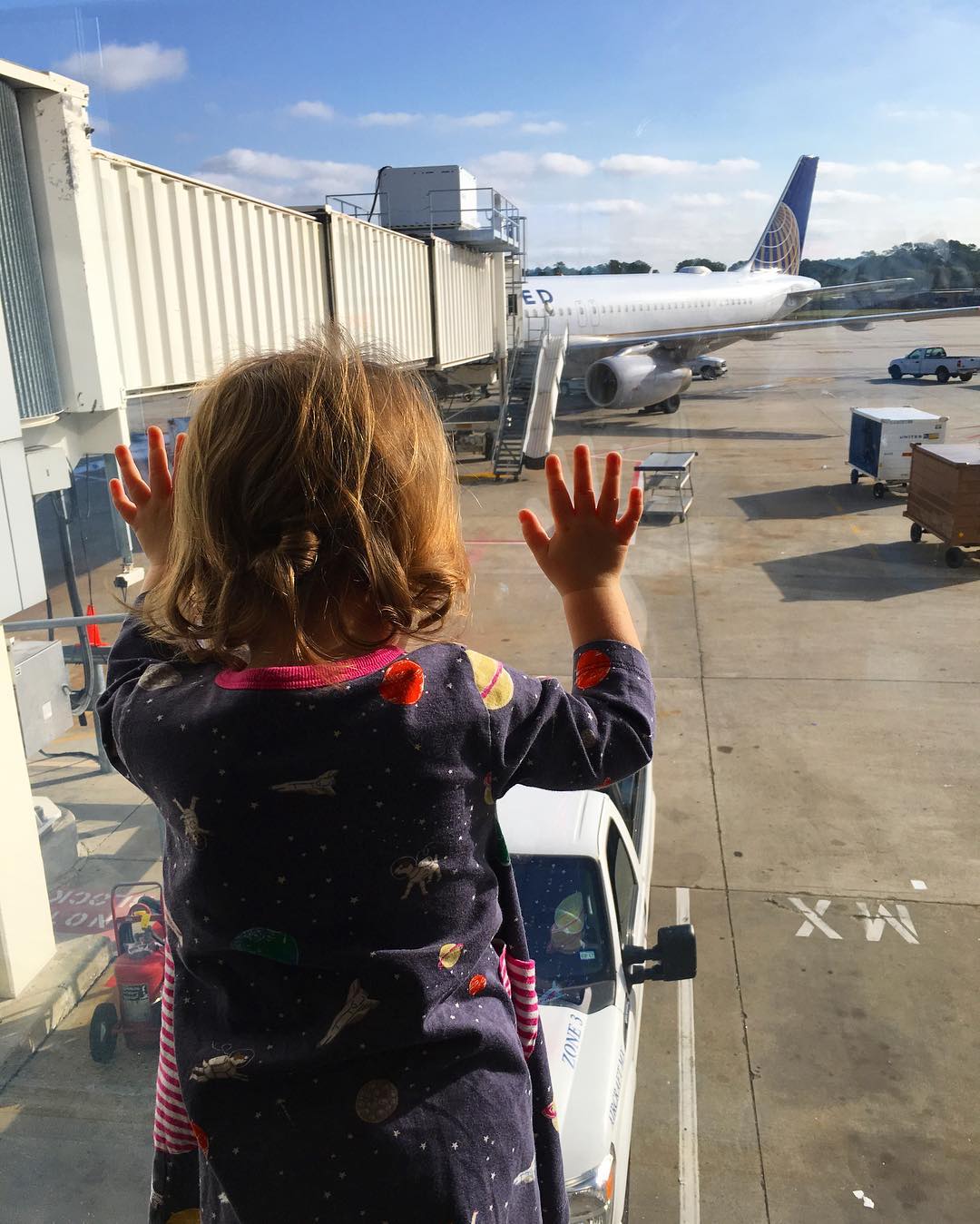 Ten Tips for Flying Solo With a Toddler

1.Get dropped off at the airport if you can, or park as close to the airport as possible.

If it is just you and your toddler the last thing you probably want to do is over-complicate simply getting into the airport. Beg for someone to drop you off, take an Uber, or park in the expensive close-in spots if you must. I advise against parking in the off-airport lots, taking a shuttle, and fighting with your luggage any longer than necessary. You will need that time, energy, and strength later.

2. Be very, very comfortable with how to work all of your travel gear. If you are going to have to work everything from your stroller to your Ergo baby carrier one handed while holding onto a toddler with the other, you better be darn sure you know how it works and how to do some basic fixes if it doesn’t work as intended. You certainly don’t want your first time collapsing the stroller to be when you need to send it through the security conveyor belt while trying to keep your toddler from escaping.

3. Travel light. When it is just you and a toddler, you want to keep your carry-on load of stuff to a minimum. A back pack is probably the best carry-on bag so your hands are free, and if it doesn’t fit in there I would leave it at home or put it in a checked bag.

4. Be very organized. Even if you normally just chuck your ID, boarding pass, etc. into a bottomless bag, when it is just you and a toddler you need to bring your organized “A Game”. Know exactly where you put your boarding pass, phone, sippy cup, ID, and more because you will probably only have one hand free to look for it.

5. Go to the bathroom in the airport with the toddler in the stroller. You probably know this trick already just by leaving the house with a toddler, but the only real way for you to use the bathroom when traveling with a toddler is to do it in the airport in the large stall with them securely strapped in the stroller. Don’t wait until you are on the airplane to go because it isn’t going to work very well.

6. In fact, keep them in the stroller as much as possible. My easiest few minutes in the airport were when my toddler was locked and loaded in her stroller. I then had two hands and she couldn’t run off. This is the best place for them not only when you go to the restroom, but if you are ordering food, talking to a gate agent, etc. The downside is they then have to also sit still on the plane, so some strategic free-ranging in the gate area can help get the wiggles out.

7. Once you are on the plane, exhale. Getting through the airport and on-board the plane with a toddler without an extra set of hands at the ready is often harder than just sitting there on the flight with them – assuming you have an iPad, some snacks, other other small entertaining items at your disposal.

8. If possible, wait to de-plane long enough that your stroller should already be off-loaded to the jet bridge. If you have to wait on the small jet bridge with your toddler for the stroller while 100+ people are also trying to get off the plane with their luggage it won’t be fun. I have found it usually takes 10+ minutes from the time they start deplaning until the strollers start appearing on the jet bridge, so sit tight and let other people get off first if you can.

10. Enjoy the sweet moments with just the two of you. If you have to fly with just your toddler it is going to be a little touch and go at some points, but hopefully it will also be fun. If you have other kids at home this is some special one on one time with your little one, and if you don’t have other kids it is still a unique experience the two of you can share. It was an absolute treat having a full day to team up with my toddler to get through each step and challenge as it came…together.

We were blessed with pretty smooth travel logistics yesterday due both to strategery (yes, that’s a real word) and luck. We used Silvercar for our rental so that it came with a car seat, reasonable fuel charges, and they picked us up and dropped us off at the terminal. We didn’t fly too early in the morning or too late at night. We had a fabulous destination to enjoy in the middle of the day at my friend’s house. And we honestly had a really good day together both in the sky and on the ground. 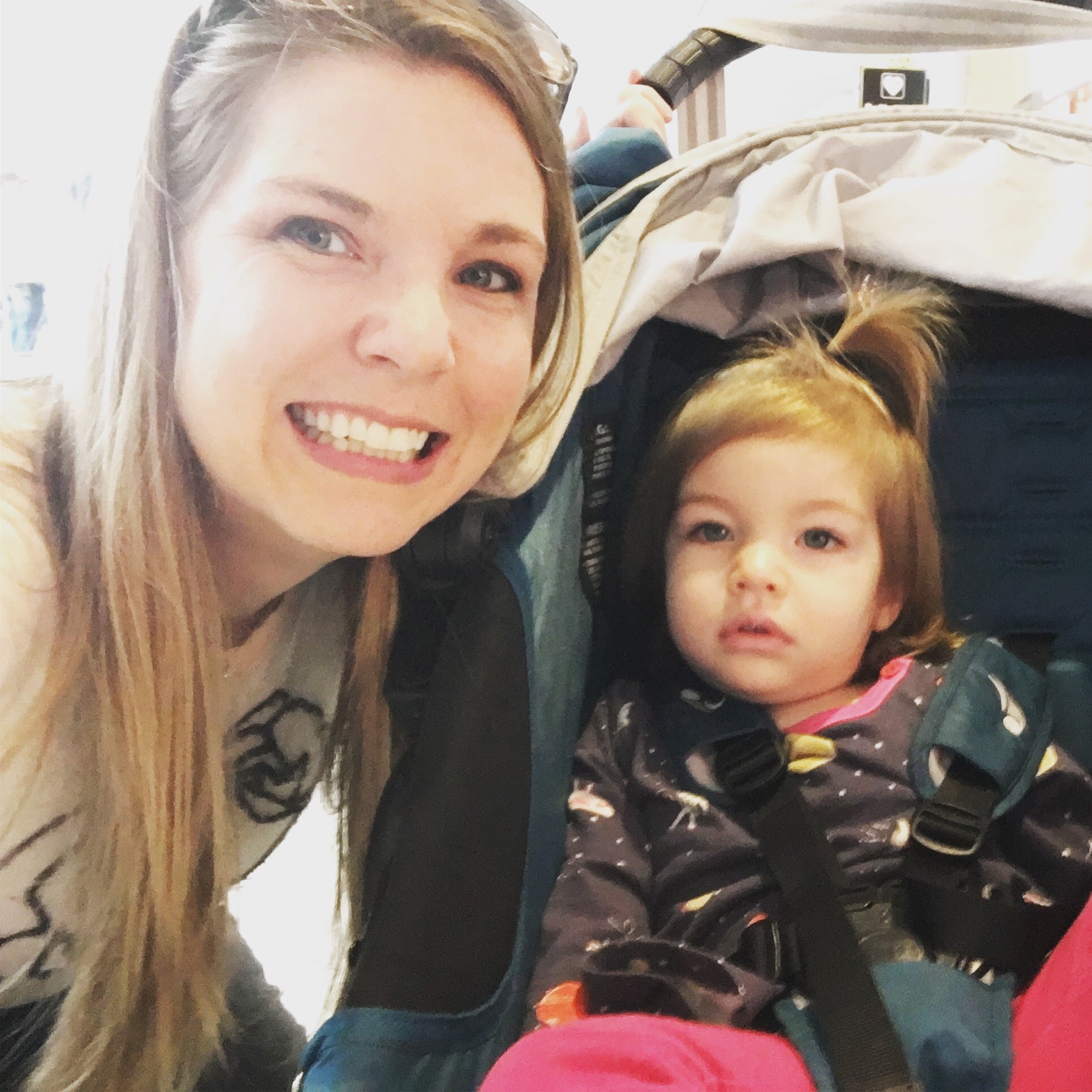 I can’t say I want to fly solo with a toddler every day, but we more than just survived the experience, I think we both enjoyed it. Please feel free to chime in with your own traveling toddler tips! 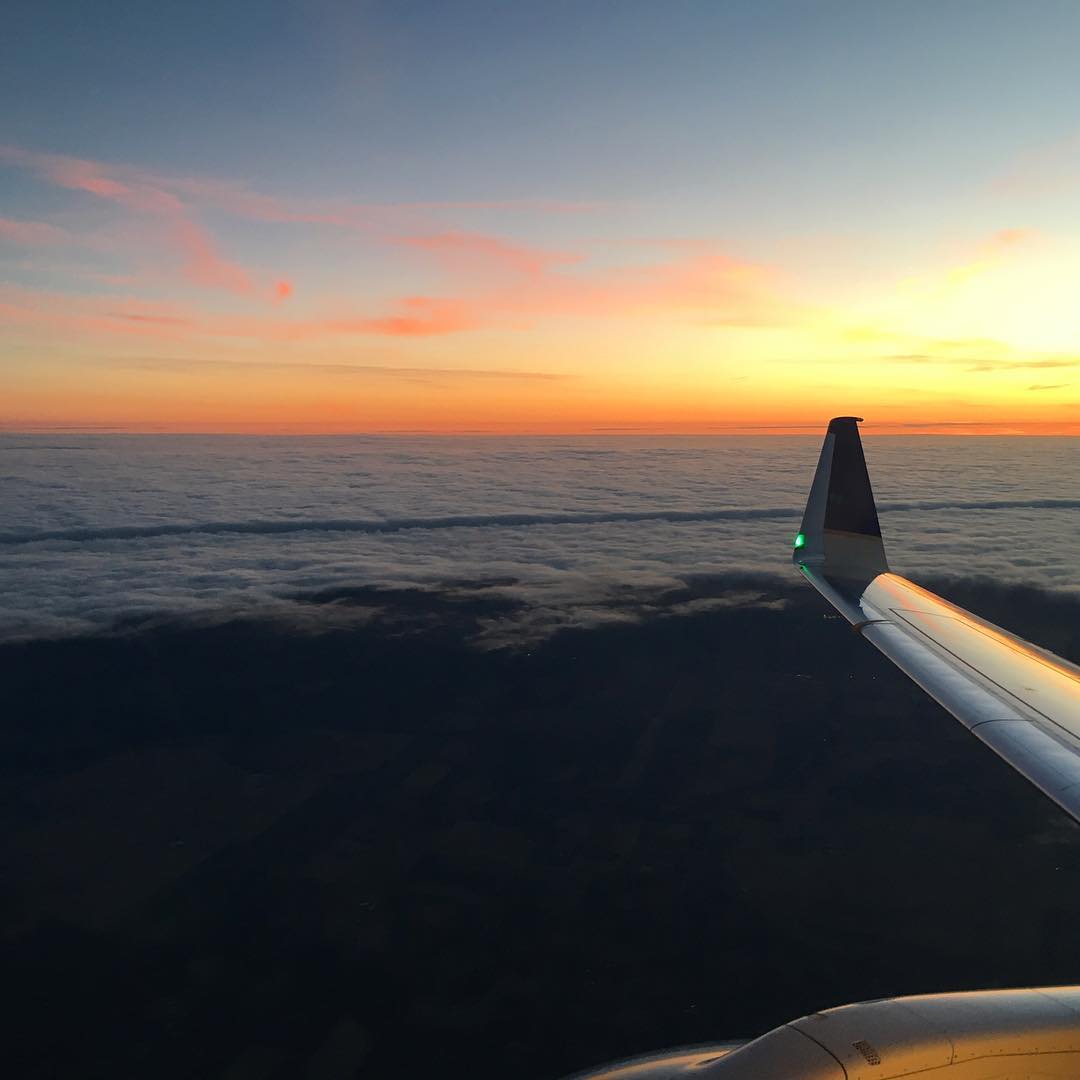 Summer Hull aka Mommy Points, ran the Mommy Points site for families who want to travel more for less using miles and points for seven years and now heads up TPG Family when she isn't exploring the world with her own two girls.
You might like
How one filmmaker used points and miles to make her world premiere debut at Tribeca
News
7m ago
The secret behind the curtains that you see around business-class pods
News
1h ago
Frontier adds 5 new cities in 20-route expansion; Orlando is big winner
News
3h ago
Delta SkyMiles® Platinum American Express Card