Sometimes you are in the right place at the right time and you get surprised with impressive events you could have never planned no matter how hard you tried. In this case, we had an amazing view of Marine One taking off from the White House in Washington DC…

My wife and I view hotel rooms as a refuge from a storm and as a place to sleep. During daylight hours, we spend very little time (none) just relaxing in the quiet comforts of room 412, 218 or 1046. We fully utilize our days on the road exploring and experiencing as much as we can. And so it was on a recent Sunday morning when we had a few more hours to use in Washington DC. 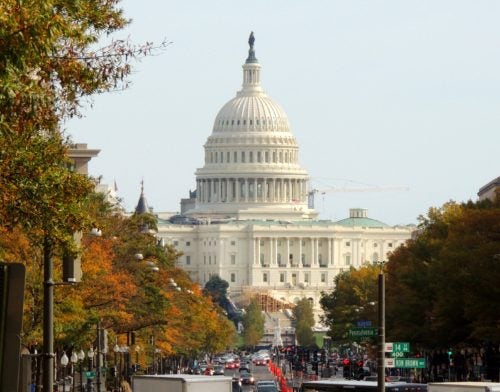 While Mommy Points was at a conference, we were in full grandparent mode with our almost 7 year old and our 1.3 year old when we hit H Street and headed west to The White House. It was less than a mile and we were there before we knew it. The north side of The White House had some inauguration construction going on and the viewing was less than optimal. We normally like to go to the north side first as you are able to be a little closer to The White House and it is fun walking through Lafayette Park and imagining that you might run into Olivia Pope and some of the cast of characters from SCANDAL. 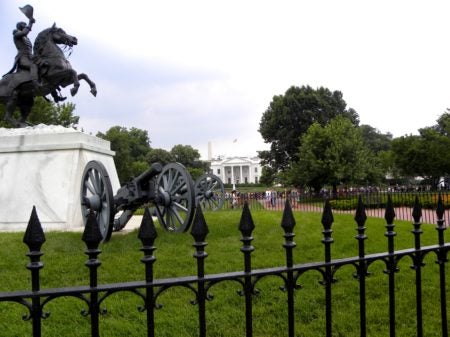 This was days before the election so it was also interesting to view all the TV networks broadcast positions on top of the nearby buildings and trying to guess who might be on air at that moment. The White House background shots that are commonly seen are mostly done from these venues.

We slowly made our way to the south side of the presidential residence and as we neared the best pathway to access The White House, we (and everybody else) were advised (ie politely ordered) by the Secret Service to retreat from the area as it was being closed for about 30 minutes. We assumed that there was some sort of a shift change as it was now close to noon. So, we bided our time by letting our grandkids play in the open field and climb into a multi trunked tree.

As the time extended, we decided to drop down further south to another open field where people were congregating and playing. Just as we arrived, we heard the noise of a large aircraft approaching.

There arose such a clatter that we looked up to see what was the matter.
And there in the spotlight of the afternoon sun was no less a sight than the real Marine One.
I picked up my camera and zoomed on the flight knowing the South Lawn was where it would light.

My adrenalin was flowing as the shutter was pressed to capture the image of this special guest.
It was bigger than big and more powerful too as it slowly descended from out of the blue.
The bird had a mission its purpose now evident it was coming to pick up our 44th President. 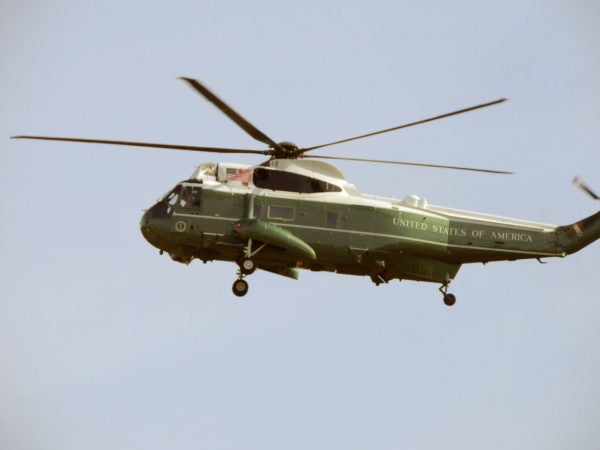 We watched as the huge helicopter sat silently and still on The South Lawn. We were about a half mile away but thankfully our trusty Nikon has a powerful zoom so we were able to get some great shots even from that distance. 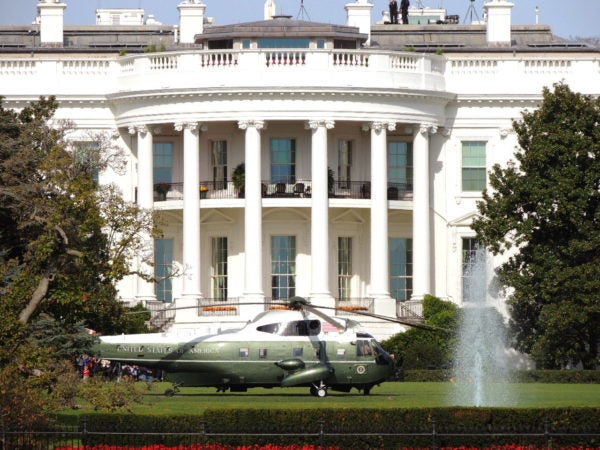 After less than ten minutes, the majestic machine cranked its rotors up and slowly lifted off , 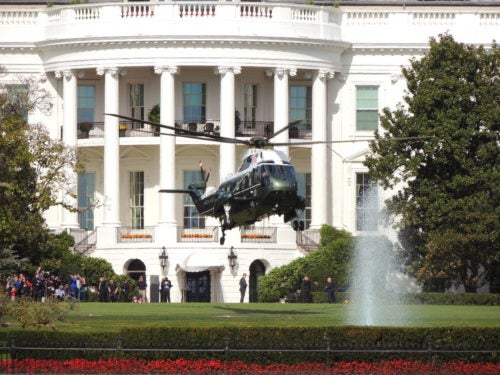 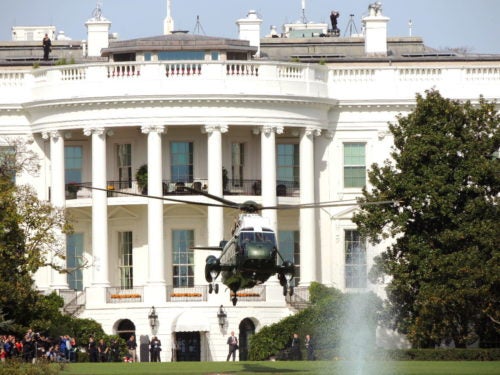 and then gradually rose and came right toward us. 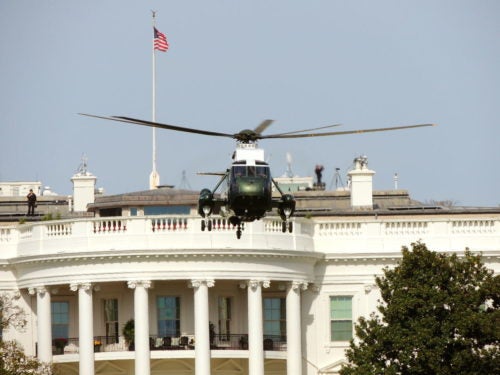 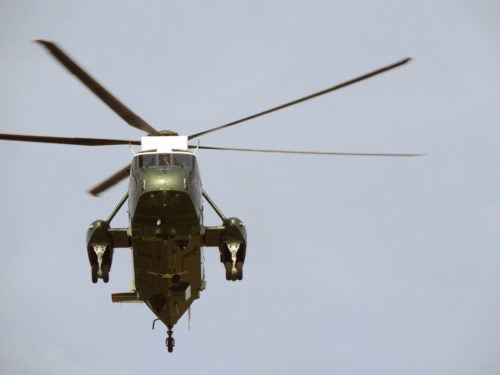 It was loud and impressive and beautiful. What a thrill!

Summer Hull aka Mommy Points, ran the Mommy Points site for families who want to travel more for less using miles and points for seven years and now heads up TPG Family when she isn't exploring the world with her own two girls.
You might like
A playful yet puzzling design: What it’s like staying at the super-affordable Moxy Lisbon City
Reviews
17m ago
Quick Points: Earn bonus Marriott points on your Uber rides and food delivery orders
News
2h ago
Disney World to pause use of virtual queues on Star Wars: Rise of the Resistance
News
Yesterday
Delta SkyMiles® Platinum American Express Card