What I Told My Six Year Old Daughter About President Trump

Articles
Summer Hull , aka Mommy Points, ran the Mommy Points site for families who want to travel more for less using miles and points for seven years. She now heads up a variety of special projects at TPG when she isn't exploring the world with her own two girls.
Follow
Nov. 09, 2016
•
6 min read 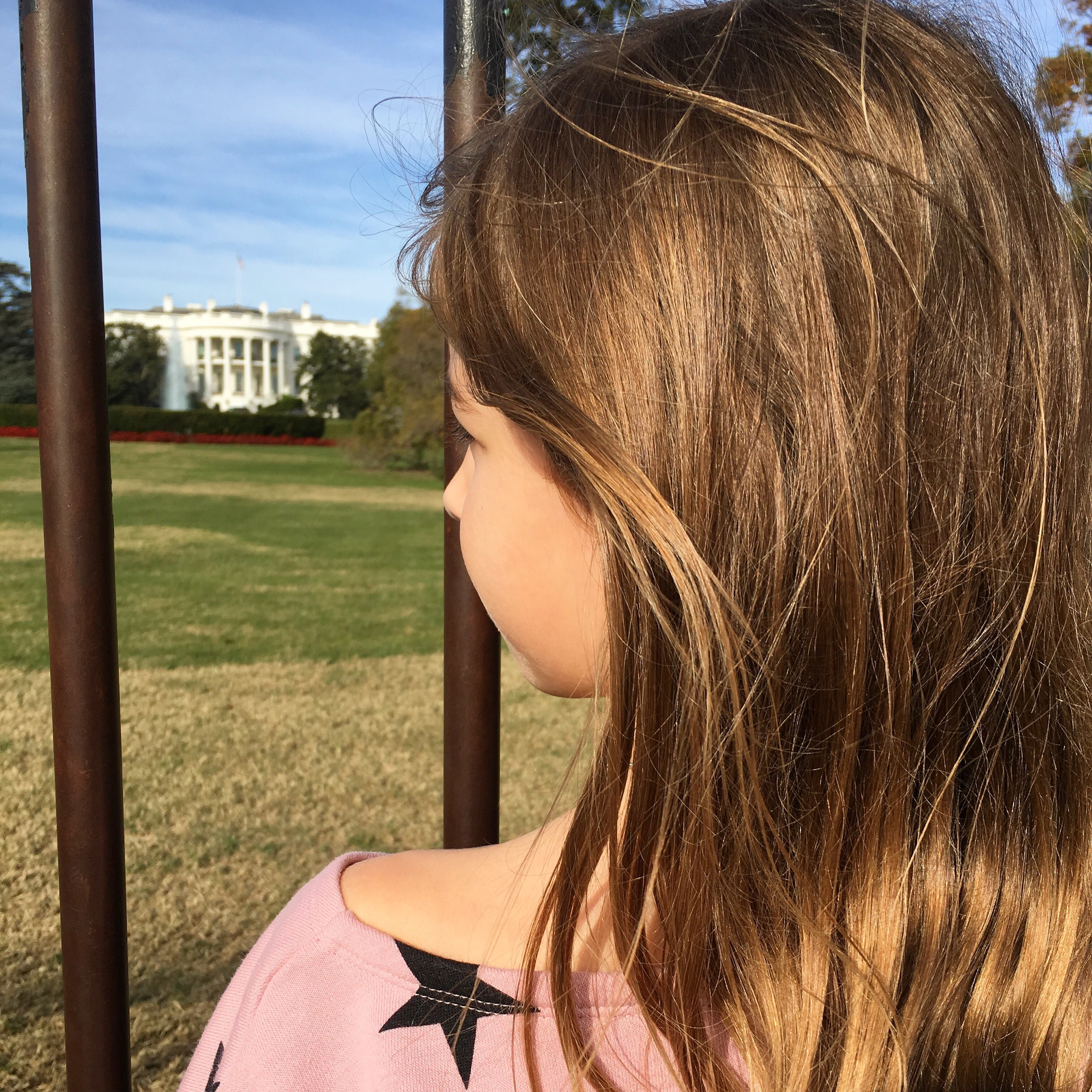 What I Told My Six Year Old Daughter About President Trump
This post contains references to products from one or more of our advertisers. We may receive compensation when you click on links to those products. Terms apply to the offers listed on this page. For an explanation of our Advertising Policy, visit this page.

This is a mom post, but not a travel post. Please feel free to read or skip as appropriate.

My first grade daughter watched some of the election debates and coverage with us over the previous months, and we had many subsequent discussions about Donald Trump, Hillary Clinton, and the office of the President of the United States. She is young, but she is old enough to notice some things when watching him speak in those debates and elsewhere that were not okay to her almost seven year old self. She was old enough to have opinions on the candidates that can't just be lumped into a category of kids being taught to think what their parents think. Trust me, she thinks quite clearly for herself both for better and for worse. Her favorites in this election were not simply just a case of parroting mom and/or dad, though I do happen to agree with her on the major points.

My first grade daughter wanted to see the first woman President of the United States elected yesterday, and that didn't happen. She begged me at bedtime to tell her Hillary was going to pull through, but by that point I could not. No matter how much she begged, I could not lie and tell her Hillary was going to pull it out. Not only did that not happen, but instead a man was elected who she very much did not desire to be her President based on what she had seen with her own very observant eyes and ears.

But, let's not go backwards into why she and I did not support Donald Trump for President, let's go forward with the reality that he will be our President.

What I Told My Six Year Old Daughter About President Trump

What I told my impressionable almost seven year old daughter this morning when I woke her up with the news that President Trump will take office in January is that first and foremost we are still the same people we were yesterday. We still have the same views on what is right and wrong. We still treat others with respect. We still care about others and want to do our best to make the country and the world a better place. No matter who is in the White House, we still get to be who we are as a family because we live in a free nation that makes that possible.

I then reminded her that we do not live under the rule of someone who permanently takes office, and that our country has the right every four years to re-evaluate who is best to lead our country. I told her that in her lifetime she will have Presidents that she is more aligned with than others, but that they are still our President and deserve our respect. I told her that I wanted him to do a very good job not only for our family, but for all of the families in this country.

When she protested and shared that she wanted him to do very poorly so that he would be fired (which is sort of funny given she knows nothing of his "You're Fired catch phrase") I explained why I didn't want that. I didn't choose him, but I want those who did vote for him to be right in their belief that he is what is best for our country as a whole. And I do mean as a whole.

This morning before she headed off to school, my daughter and I talked about how we choose to live in a country where everyone has a say in who is elected to lead, and that even if you don't vote for the person who ultimately wins, it is still their job to do what is best for everyone once they take office. We prayed that President Trump will become an even better person now that he has massive responsibility of caring for all of us. We prayed that he will surround himself with good people who can indeed help make America greater and that he will listen to what they have to say.

Nothing I said could fix this for her, but my job as her parent was to try and make sure she feels safe and doesn't add to the undeniable divide in her own first grade way. I couldn't make her like the idea President Trump today if I tried, so I didn't try. Instead, I did my best to help her understand that every President deserves a chance to be great, even if you didn't want them to win. I did my best to explain that it is in her best interest for him to be a great President, and so that is what we are rooting for on this day of change in the country.

I couldn't lie to her last night and tell her Hillary would win, but I could truthfully tell her today that I think it is going to be okay, and that we would work together to make sure that is our reality. The country is bigger than any one person, and collectively I still have lots of faith in our ability to be good and do good. I told her I did think she would see a woman lead the country, it just wouldn't be this time. I have hope that our President Elect will lead us in a thoughtful and caring way and I asked her to have hope, too.

Our family actually could move to Canada, but that isn't what we as proud Americans turn to on this day when things didn't go the way we hoped. Instead, we turn towards the future that we have collectively voted for and vow to do our part to bring people together as much as we can. As a community of traveling people, largely traveling Americans, I hope that you will also be able to take a positive step forwards and be the change you want to see for the country, regardless of who you voted for yesterday.

Addition: The last thing out country needs is more ugliness. I do not want to spend my day editing comments that are needlessly ugly on either side, but I will if I have to. Please feel free to add to the discussion, but if it can't be done in a respectful way than please find one of the countless other corners of the internet for that sort of back and forth. I also know and stated up front that this is not a travel related post, and I respect those of you that only come to this site for that sort of writing, but I am first and foremost a mom as the site's name implies and this is an issue at the cornerstone of being a mother, a parent, and a guide for my daughters.