Articles
Summer Hull , aka Mommy Points, ran the Mommy Points site for families who want to travel more for less using miles and points for seven years. She now heads up a variety of special projects at TPG when she isn't exploring the world with her own two girls.
Follow
Oct. 28, 2016
•
8 min read 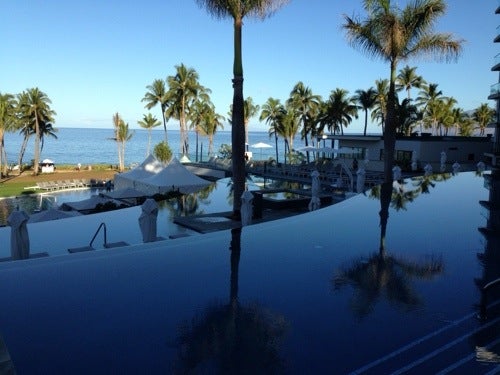 Twenty-five hotels stays in two months. That is how many you need in January and February 2017 in order to earn Hyatt Diamond status for not only that year...but that status will map to the just announced top tier Hyatt Globalist status on March 1, 2017. That top tier status will then be all the way valid until February 2019. This is 100% confirmed by Hyatt and, is what I like to call "the last great mattress run".

Because of its killer perks for traveling families like free breakfast, lounge access, confirmed suite upgrades, and more, Hyatt Diamond was one of the very few status levels that was sometimes worth "mattress running" to attain. For those who think a "mattress run" must be something like an Iron Man competition while carrying a mattress, it is slightly different. It is comprised of hotel stays completed primarily for the purposes of earning hotel elite status and occasionally bonus points promos. You have to check-in to the hotel, but you may or may not actually spend the night.

With the bar for top tier Hyatt status being raised to 60 annual nights instead of the current 25 annual stays, top tier status will soon be out of reach for most who aren't true road warriors. However, with the top tier perks improving and the window closing, let's do the math to see if it makes sense to go all out in early 2017 to earn Hyatt Globalist status until February 2019 via what could indeed be the "last great mattress run".

The Cost for Two Years of Hyatt Globalist Status

Of course it will all come down to how much does it cost you to hit 25 nights, how much of a PITA is it for you to have 25 check-ins in a two month window, and how much value do you place on the perks you will earn as a result of having roughly two years of Hyatt Globalist status. I'm going to make up my own values for these things, but you should adjust accordingly for your situation.

You could probably find stays in the range of $60 - $70 per night all-in (especially in Las Vegas at MLife properties), but I'm going to assume an all-in price per night/stay of $100 since that is more realistic for most areas. I'm also going to assume that you are already a Hyatt Diamond member and thus earning a 30% bonus on base points and 500 bonus points per check-in at a Hyatt House or Hyatt Place property.

You would earn a 1,000 point bonus if you are at a full service Hyatt property and another 2,500 if you are at a property with a closed Regency Club, so adjust accordingly. I'll also be assuming you are earning 3x points by paying for the stays with the co-branded Hyatt credit card, Chase Sapphire Reserve, or similar.

A final assumption in this part of the math is that you won't be able to put $40,000 on the co-branded Hyatt credit card in January - February 2017 in order to trigger the 4 stay credits/10 night credits towards status that will be going away after March 1, 2017.

How Much is Hyatt Globalist Status Worth?

That's the easy part of the math, next comes how you value the perks you will unlock for the next two years as a Globalist top tier elite. Some perks with fixed monetary value include free parking on award stays and waived resort fees not just on award stays, as everyone can access, but also on paid stays.

At a property like the Andaz Maui or Park Hyatt Beaver Creek those two amounts combined can run you close to $75 - $100 in total per day. This is a made up number that will vary tremendously based on travel patterns, but let's say you can save $200 each year over the two year period thanks to these fee waivers for a total of $400 in fees avoided.

Next comes the free breakfast for two adults and two children + lounge access. If you travel with a family this has very real value. I'm going to conservative peg it at $20/night for my family, but it is really worth more than that to me in many cases. Now let's assume you use it for 10 nights in 2017 and 10 nights in 2018 for a total of $400 in value.

Much harder to value are the suite upgrades, but this is the part of the equation that might have the most value to me as a mom with small kids. I'm going to leave out any value for the space available complimentary suite upgrades, and instead focus on the four confirmed suite upgrades that you can now use on award or paid stays...which is huge.

I'll place value on the confirmed suite upgrades of $100 each or $400 total, but they literally can take you from a standard room into a big suite that sells for hundreds of dollars more per night than the standard room. This extra space for me isn't just a "nice to have", but with two young kids it is a make or break part of the travel equation. Now that you will be able to use them for award stays they are worth even more than before to my family.

Those who are Hyatt Globalist on 3/1/2017 will be given a Category 1 - 7 certificate that you can use within the next 12 months. If you plan to use the certificate a Category 7 property as I probably would that is almost the same as 30,000 Hyatt points. If you value Hyatt points at 1.4 cents each that is the same as $420 in value, but I'll conservatively give it a $300 value in the interest of being on the conservative side.

I'll bundle together some other perks like two United Club passes, 4PM late check-out, Hyatt Concierge access, and 30% bonus on base points earned, and give them a combined total of $50, but again adjust accordingly based on your values.

If you jive with all of those numbers you are at a total of $2057 in value from mattress running for Hyatt Globalist status in early 2017. If you spend $2500 to earn that status, you can see that you don't come out ahead.

Is it Worth Mattress Running for Hyatt Globalist Status?

However, I was purposefully a little conservative with some of my valuations when in reality I would likely get more value than that out of many of the perks. I already have planned or mentally penciled in stays over the next two years to properties like Hyatt Regency Maui, Andaz Maui, Hyatt Centric Park City, Hyatt Regency Lost Pines, Hyatt Hill Country, Park Hyatt Beaver Creek, Park Hyatt Vienna, Park Hyatt St. Kitts, and more where things like resort fees, parking fees, suites, lounge access and more have very real value.

There are also many cases where I would end up spending more than $20 per day for my family to eat/drink if we didn't have breakfast included or access to lounges, especially at some of these more isolated resorts, so that benefit is worth more to me than I valued it at.

I don't know that mattress running for Hyatt Diamond in early 2017 is worth it if you don't already have a fair number of needed or desired stays during that time period. However, it is worth running the numbers for your situation. There will absolutely be some situations where it will make sense, especially for those that already have multiple planned stays in that early 2017 timeframe, have access to low cost Hyatt stays, can manage to check-in without going to far out the way, and will maximize the Hyatt Globalist perks for the two years it is granted.

It's been quite a while since I did any hotel check-ins with elite status as the primary driver, but I have to admit I'm considering it. My main obstacle will be not having the time and energy to muck with so many check-ins in such a short timeframe. I'd love to hear how the math shakes down in your situation!