The Recent Evolution of Airline Lounges

Articles
Summer Hull , aka Mommy Points, ran the Mommy Points site for families who want to travel more for less using miles and points for seven years. She now heads up a variety of special projects at TPG when she isn't exploring the world with her own two girls.
Follow
Oct. 21, 2016
•
5 min read 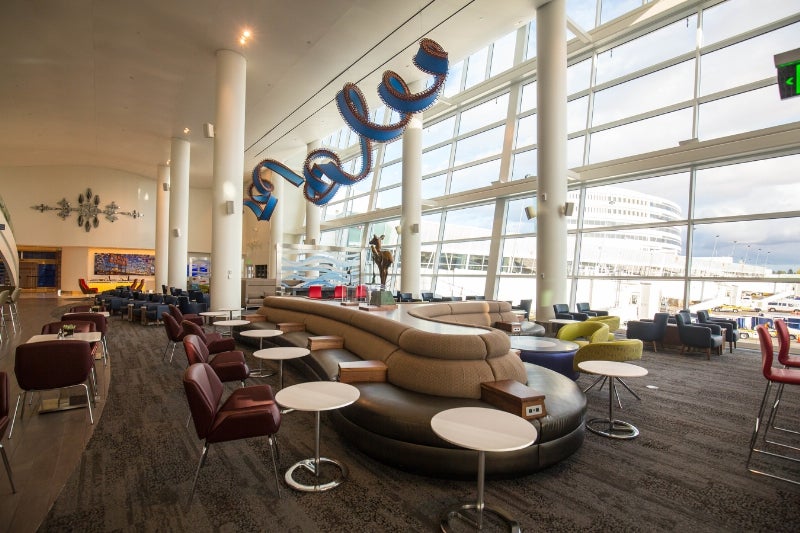 The Recent Evolution of Airline Lounges
This post contains references to products from one or more of our advertisers. We may receive compensation when you click on links to those products. Terms apply to the offers listed on this page. For an explanation of our Advertising Policy, visit this page.

Perhaps like many of you, I've gone full circle with airline lounges. For the first couple of decades of my life I never saw the inside of one and assumed I never would as I'm not a CEO, VIP, mover, or shaker. I assumed airline lounges were for very important folks with very big bank accounts. I then learned that airline lounges aren't just for VIPs and super elite business travelers, but are also for those who like rewards earning credit cards, free drinks, some snacks, and maybe a family room. Sold!

Then, after a few years of regular visits I grew tired of most US airline lounges around the same time that PreCheck eliminated the need to build in lots of buffer time at the airport. Their food and beverage selections generally wained, the novelty wore off, and my first daughter no longer needed to be confined to an airline lounge family room with four walls and a door until boarding. I'd occasionally make us of an airline lounge, but I'd skip them at least as often as I'd visit as they just weren't worth the time and effort.

This chair at the United Club in Narita a few years back may have been my personal low water mark with airline lounges and related expectations...for the record, this was the high water mark.

In 2013 the tide began to shift again with the introduction of the first Amex Centurion Lounge in DFW. This lounge was worth a visit with free spa services, a hot buffet of decent food, delicious complimentary drinks, a fun family room, comfy places to sit, and more. Those with cards like The Platinum Card® from American Express or The Business Platinum Card® from American Express OPEN + can access the lounge and bring in up to two guests into the Centurion Lounges when they fly for no additional fee.

There are now Amex Centurion Lounges or Studios in multiple airports like LaGuardia, Houston, Miami, Las Vegas, Seattle, and San Francisco with more on the way. They seriously raised the bar for US airline lounges and were usually worth the visit.

Shortly thereafter we began to see other airline operated lounges announcing improvements. For example, United introduced some new food in their United Clubs and is close to launching the new Polaris Lounges, starting in Chicago later this year.

In 2014, Delta Sky Clubs cut back on "complimentary" access to their clubs and made guest access with many memberships or credit cards $29 each. This is even true for those with the Amex Platinum who want to bring in guests, though the cardholder can still get in with a same-day Delta boarding pass. If memory serves correctly I believe they spun the price increase and access decreases with the news that they would be upgrading the lounge experience. Well, it seems they did.

They have just opened a new $24 million dollar 21,000 square foot Delta Sky Club in Seattle that looks miles ahead of most other domestic airline lounges I have seen.

I recommend reading reviews of the lounge here or here to get a good feel for what is offered in the new Sky Club, but some highlights from the press release include:

Now that we again have a toddler who does best in confined spaces where she can't as easily disrupt others, run off, or get hurt, I'm again a big fan of the airline lounge and family rooms. Lucky for us there is a new Amex Centurion Lounge in the Houston airport, so we get a family room and good food and drinks when we have some extra time before flights.

I like that airline lounges are investing and upgrading, even if that means that access to them tightens up a bit. I'd rather be more selective about when to visit, but have a more enjoyable experience when we do visit than be able to go in on every flight but get rewarded with self service chex mix, a banana, and a cup of water for the effort. These days we do make time for lounges like the Centurion Lounge before or between some flights, but we don't typically go out of our way for some less well appointed lounges unless we just have lots of unintended time to kill.

How has your relationship with airline lounges evolved over the last several years? Which lounges do you take the time to visit?