Applying for the Chase Sapphire Reserve Card in a Chase Bank

As you have probably seen, the insanely amazing offer for the brand new Chase Sapphire Reserve credit card and its 100,000 sign-up bonus points went live online yesterday. You can read all about the card, perks, and benefits, in this post. I was on the fence about applying myself because based on reading reports of approvals and denials online, I was 98% sure I would not be approved.

I didn’t think I would be approved not because of my credit score, with is great, but because I have opened five new personal credit card accounts in the last 24 months, and that seems to be one too many in lots of cases for this particular card. However, every “rule” has exceptions, so I was hoping to be an exception. At the very least, it was worth a shot for that great of a sign-up bonus, and I am happy to contribute to the data points out there so others can make informed decisions.

There had been some rumblings (outlined here among other places) that perhaps those who were “pre-approved” for the offer in a Chase branch might stand a better chance at scoring an approval, so the very first errand I ran today after dropping off my littlest at school for the first time was to a Chase bank. Figures. 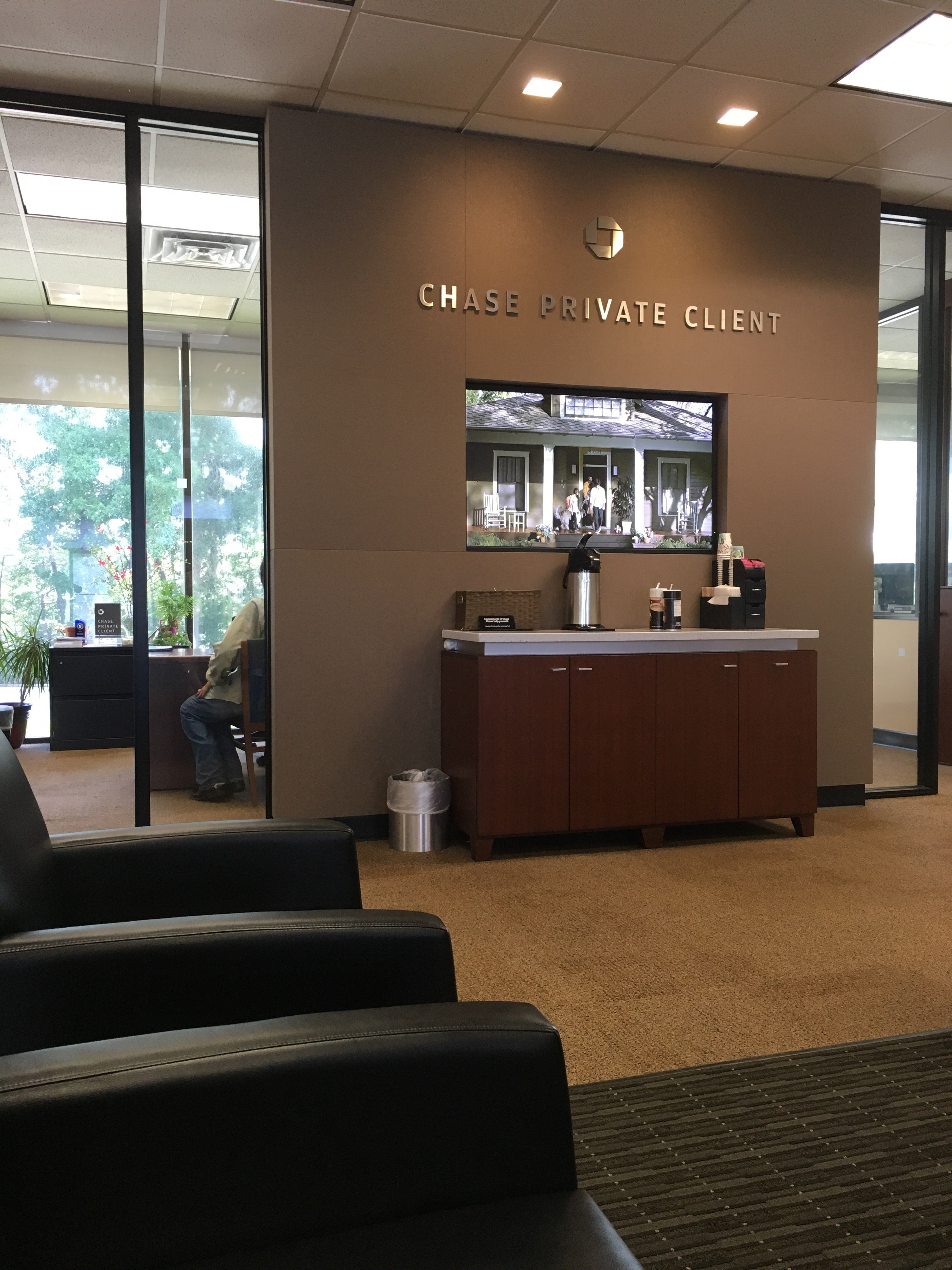 I don’t have any real relationship with my Chase branch beyond my multiple Chase credit cards, though did get some info on the Chase Private Client program today that reportedly can help you with credit card approvals, among other things. That seems like a pretty extreme route just for credit card approvals with $250,000 in deposits needed across your Chase accounts, but I wanted to mention it in case it helps others. 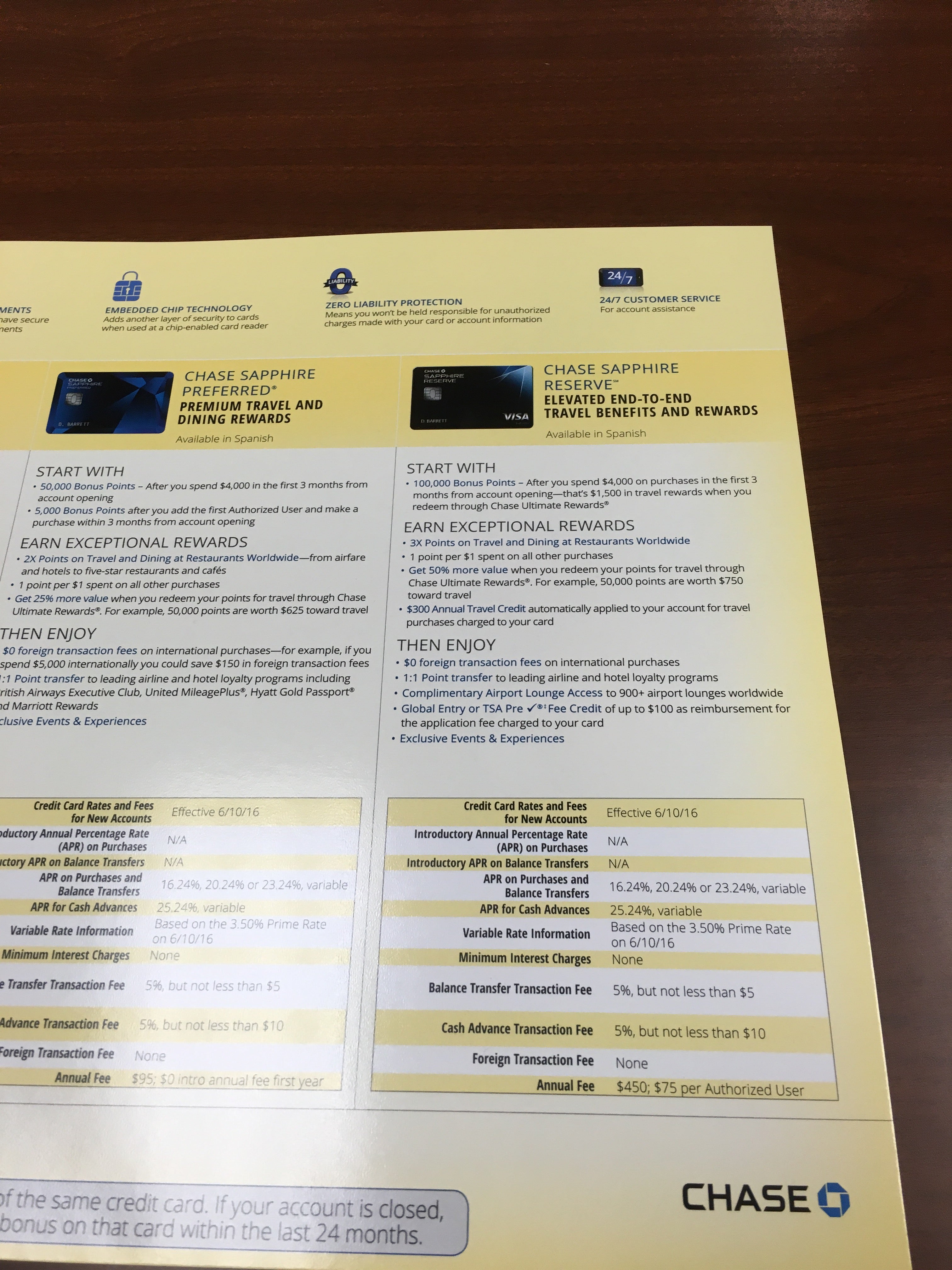 I had her put in the application and was told it is pending decision and I should expect an answer in 7-10 days. Grrrrreat.

So, in my case going into the branch does not seem to have helped. I tried to see if she could call and see if anything could be done to get approved over the phone and she said no. My plan at this point is to just sit tight and give the process a chance to perhaps end up with an approval without me doing anything additional. I think that is very unlikely, but it has happened before so I haven’t given up totally.

If (or probably when) I get the denial letter in the mail, I will call Chase and see if there is any shuffling around of accounts I can do to get the card approved. I may be pretty maxed out on Chase accounts at the moment, but that is a solvable problem if that is the reason for the denial. Again, I think me getting approved right now for this card is a little bit of a long shot, but there is still a shot. I have read success reports of being approved for the Sapphire Reserve after you get the 7-10 day pending decision notice.

I plan to count Josh’s new credit card accounts in the last 24 months to see if he may have a better shot at approval that me, but I have a feeling based on mental math that he is just over five in the last 24 months as well. Again, I want to emphasize that the Chase 5/24 new account issue is not a hard and fast rule, but it is a very real hurdle that many can’t get over. Some are lucky, so don’t let it dissuade you entirely from trying, but don’t take it personally if it trips you up, too.

I’m not convinced that going into a Chase branch makes a whole ton of difference in getting this card, but if you have one convenient to you it can’t hurt to try. Of course, I’d love to hear your application stories, too!

Summer Hull , aka Mommy Points, ran the Mommy Points site for families who want to travel more for less using miles and points for seven years. She now heads up a variety of special projects at TPG when she isn't exploring the world with her own two girls.
You might like
Why a city in Northern Ireland is celebrating the 90th anniversary of Amelia Earhart’s solo flight across the Atlantic
News
11h ago
Edinburgh Airport to get a Plaza Premium lounge this Summer
News
12h ago
Ronald Reagan Washington National Airport renumbers its gates
News
Yesterday
Chase Sapphire Reserve

CARD HIGHLIGHTS: 3X points on all travel and dining, $300 annual travel credit, points transferrable to over a dozen travel partners.