Articles
Summer Hull , aka Mommy Points, ran the Mommy Points site for families who want to travel more for less using miles and points for seven years. She now heads up a variety of special projects at TPG when she isn't exploring the world with her own two girls.
Follow
Aug. 24, 2016
•
5 min read 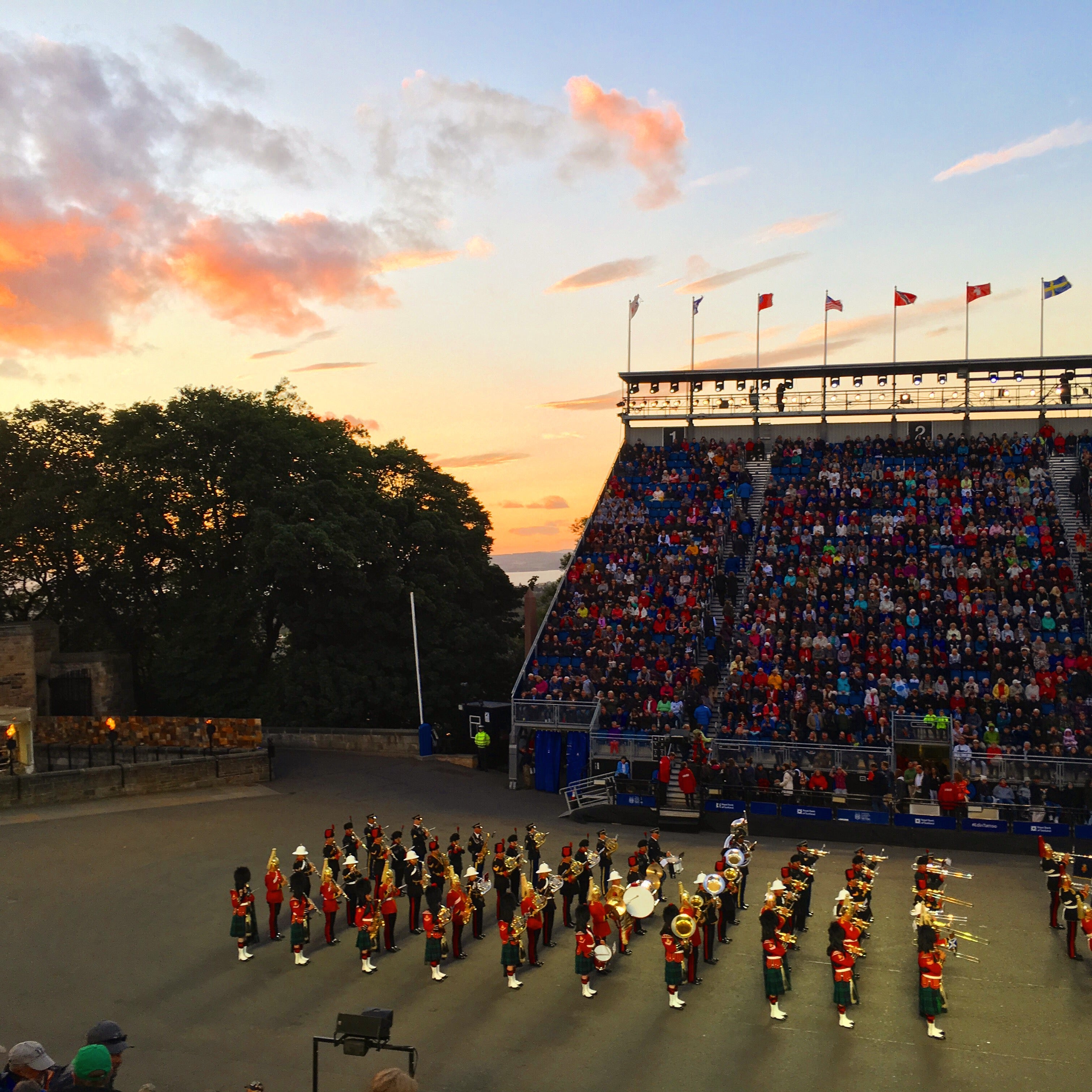 An Edinburgh Must Do: The Royal Edinburgh Military Tattoo
This post contains references to products from one or more of our advertisers. We may receive compensation when you click on links to those products. Terms apply to the offers listed on this page. For an explanation of our Advertising Policy, visit this page.

By far, one of the most memorable and enjoyable things we did on our trip to the United Kingdom this summer was attending The Royal Edinburgh Military Tattoo. I had absolutely no idea what a military tattoo was until recently, but boy am I glad that I found out.

Think castles, bagpipes, Highland Dancers, marching bands, motorcycle tricks, dancing, fireworks, cheering, and more and you have the annual Royal Edinburgh Military Tattoo. The Tattoo performs for a few weeks each August just outside the walls of the Edinburgh Castle in an outdoor arena. Please read the rest of the post, but I'll jump to the summary and say please just go to the Tattoo if you ever have the chance as it is that good.

The first Edinburgh Tattoo was held in 1950, and it has been performed for 14 million people since then...and, perhaps more impressively if you know Edinburgh weather, a performance has never been cancelled!

The name itself comes not from painful permanent ink that may be drawn on your arm, but rather the word ‘tattoo’ comes from the closing-time cry in the inns in the Low Countries during the 17th and 18th centuries - ‘Doe den tap toe’ (‘Turn off the taps’), or so says their very informative website.

When I travel somewhere I want to feel like I am actually there. I have no idea how to feel more Scottish than to see Highland Dancers, marching bands, bagpipes, and the Edinburgh Castle...and perhaps enjoy some whiskey before and/or after. Seriously, we dumb lucked into being there are the right time for this, but I'd argue it is worth planning a trip around the Tattoo.

Since we didn't buy tickets until pretty close-in, the only tickets left were packages that included a tour of the Edinburgh Castle as well as a pre-show dinner in the castle. These packages were really expensive, though worth it for the two of us. Because of the price, I don't think we would have selected a package if normal Tattoo tickets were still available, but it turned out to be a fortunate accident as the small group tour of the castle was exceptional and very informative.

The dinner was a passed small plates affair, which turned out fine, but many of us were a little concerned when food was scarce at the beginning. Eventually the servers made enough rounds to fill hungry bellies with salmon, steak, and more. There were also unlimited wine and some infused fruit drinks/waters. The views of Edinburgh from the castle at dusk were outstanding.

At the end of the meal, a bagpipe performer from the Tattoo marched in and really set the tone for the show that was to come.

Even walking back through castle grounds after dinner as the performers had gathered within the castle walls was a fun sneak preview of what would soon march through the castle gate and into the performance arena. I heard more than one entertaining conversation about how to secure whiskey in the kilts...

The show itself starts at 9PM Mondays - Fridays and is stated to run for 90 minutes with fireworks at the end. We had to leave before it was over to go back to the room and help get the girls to bed (Grandma was with them), but everything we saw was so entertaining and well done. On Saturdays there are performances at 7.30pm and 10.30pm, with no shows on Sundays.

Even the kids in Scotland have way more talent than me...

The Tattoo had performers from all over the world, and word is that the show is totally different each year. Normal tickets to just the Tattoo start at £25 each, and even less for the preview performances. You will want to book many months in advance to be able and grab those less expensive tickets. If you have the money to splurge on a package in the castle, I doubt you will regret it, but even just the Tattoo is worth the trip.

Seriously, if this at all looks interesting to you, add the Royal Edinburgh Military Tattoo to your "must do" travel list. I did not take my one and six year old with us this time, but very much hope to take them to the Tattoo in the future. I think the six year old would have enjoyed it now, but that is about the youngest age I would recommend since it is late at night, it may be cold or wet, and you need to stay seated for the duration of the show in bleacher-style seats.

Have you attended the Royal Edinburgh Military Tattoo? Is it on your "Must Do" list?