Articles
Summer Hull , aka Mommy Points, ran the Mommy Points site for families who want to travel more for less using miles and points for seven years. She now heads up a variety of special projects at TPG when she isn't exploring the world with her own two girls.
Follow
Aug. 13, 2016
•
9 min read 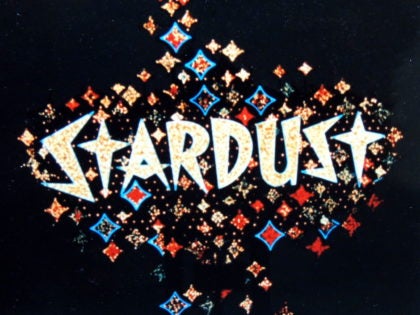 35 Years of Chasing Neon: Vegas from the 1990's to Now
This post contains references to products from one or more of our advertisers. We may receive compensation when you click on links to those products. Terms apply to the offers listed on this page. For an explanation of our Advertising Policy, visit this page.

A few days ago Grandpa Points talked about the revitalization and the growth of Las Vegas in the last 35+ years. Today, Grandpa Points again talks about the morphing of the city from the 1990's to today as it evolves since the in its ongoing quest to serve many different masters and to keep the visitor count up and the money flowing in.

In the 1990s, Vegas noticed how many people and how much money was being filtered to the various theme parks across the lower 48 and decided to stake its claim in that gold rush. Always looking at the bottom line, much of this Disneyland-for-Adults city decided to be more family friendly and suddenly rides, attractions and full fledged amusement parks starting popping up in, around and above the strip resorts.

By this time, casinos on tribal lands and in a handful of states had started making a dent in Nevada's gambling revenue and Las Vegas looked for alternate ways of getting visitors to open their wallets and include Vegas as a family vacation destination consideration. I mean in the end, a dollar is a dollar. We brought our own children twice to that newest version of Vegas.

We checked out the MGM Grand Adventures Park on a day so hot the planes were grounded at McCarran Airport, so the water rides proved to be most popular. The heat waves being generated that day created so many visual mirages that I swear I think I saw the Clark Griswold family in one of them. Vegas Vacation, baby!

The park's success was not, however, so hot and it disappeared after a few years. The Grand Slam Canyon at Circus Circus also saw our footprints and it survives to this day. Many of the new hotels also had virtual rides, motion rides, 3D screens and arcades to appeal to all elements of the now catered to family unit. Several other hotel theme parks were considered during this period but never left the drawing board. Within a decade, this push for family fun slowly lost its momentum but I'm sure the early exposure to Vegas for many teens and adolescents has paid off in return visits as adults. It did with Mommy Points as she has returned many times, and even got married there in a suite at Mandalay Bay with "ELVIS" in attendance.

Another significant change we have seen in our visits is the approach to food. Initially, specially priced or comped meals were offered in the hotel/casinos for the obvious sustenance purposes, but also to attract and fuel gamblers. It was a good business practice to keep the players near the tables and slots and low priced late night menu offerings became a staple to keep the action going in the 24 hour non stop casinos. In our first decade of Vegas, buffets were loss leaders with frequently found 2 for 1 coupons or with minimum charges. We would often eat, with thousands of others, at the 99 cent Circus Circus breakfast buffet or catch a mid afternoon 2 for $5.00 lunch. And don't even begin to try and guess how many 99 cent shrimp cocktails we consumed at The Golden Gate downtown.

The cheap food was one of Vegas's trademark calling cards and the subject of much conversation and excitement among the millions of annual visitors. And then, Vegas modified again. Food became a BIG thing, its own thing, with fancy food prepared by renowned chefs in luxurious settings.

The upscale cuisine race was on as food became an attraction in itself and a source of positive revenue. This rise in the role food plays in Vegas generally coincided with the increase in the popularity and the sheer volume of TV shows about food preparation, cooking and celebrity chefs. The days of crazy cheap food were over. The all-you-can-eat buffet lines with bins of bananas and apples, mountains of scrambled eggs, piles of pancakes, and tons of bacon and sausage still exist...but they are now more tastefully presented.

In addition, a wide sampling of international offerings of food, some of which I cannot pronounce, have been integrated as daily options. Sushi, carving and roasting stations, specialized and customized omelettes, fancy decadent dessert delicacies, exotic meats, unique bread and rolls and a collection of bits and bites from every eclectic corner of this planet's palate are now everyday offerings.

Plain, basic and simple has been replaced by diverse, varied and multi-cultural. Industrial sized utilitarian by refined gentility. Quantity has been infused with quality. Plastic has given way to glass and stoneware by china. The upgrades are reflected in a significant enough of a price increase that the amount of gratuity now can easily exceed the former buffet cost. The treasured 2 for 1 coupons are now a virtual relic to another Vegas. And the $.99 shrimp cocktails are now $2.99.

The Vegas thinkers and planners don't miss too many beats and they saw consumers and dollars flocking to Mega Shopping/Entertainment Malls. The Mall of America was singularly attracting more annual visitors than all of Las Vegas. So, what would any enterprising, profit oriented travel hot spot do? Why, build large, impressive shopping venues as an integral part of the major resorts, of course. Fight fire with fire. Fight credit card swipe with credit card swipe. We saw an architectural mock-up of The Forum around 1990 and we couldn't believe what we were seeing. "They can't do that, can they?" Of course they can, and they did. The end result proved to be even grander and more exciting than our simple minds could imagine.

It is calming and invigorating. It is stunning and classy. With impressive fountains, glamorous shops, spiraling escalator and the eye grabbing Mediterranean sky ceiling that dramatically transforms itself from dawn to dusk, The Forum is breathtaking and money making. The Forum has become the highest grossing mall in the world. Its success led to the Grand Canal Shoppes at The Venetian, the Miracle Mile Shops at Planet Hollywood and the new outdoor shops at The Linq. Almost every major resort now has an impressive shopping area under its roof.

The face of the Vegas visitor is getting younger and the needs are a'changing. Again. The millennials are seeking elegant, high energy clubs with reverberating music, flowing liquor and hormones raging in rhythm to the pulsating beat in the room. These clubs are competing for, and attracting, much of the entertainment dollar that used to find its way to the casino. A recent survey indicated that only 5% of the visitors now come to Vegas because of gambling, although 87% do end up at a table or a machine during some part of the stay. Gaming made up 60% of the revenue in 1970 and is down to about 35% now. But shed no tears for Vegas. It is alive and well. Its diversification has worked. In 1970 there were 6.75 million visitors and about 25,000 rooms. Today, there are 42 million guests and about 150,000 rooms.

A very interesting high stakes battle is currently taking place on The Strip. It is not between Caesar's Corp. and MGM Resorts International, but rather between Walgreens and CVS pharmacies.

I am not kidding. They are in an all out war for your bottled water, T-shirt, souvenir, snack, sunscreen, phone charger, prescription and aspirin business. They are popping up like Subways shops in strip centers. Except, they are full sized stores ON THE STRIP in high dollar locations. And, there are a lot of them, like 10. And more are coming. Yipes! It is as though the Z-Pak has replaced the Rat Pack.

Wow, we have witnessed a lot of growth, a lot of change and a lot of of smiles on our faces in our 35 years of chasing neon.

Vegas has transformed and so has the way we view and use it. We frequently use it now as an access point, a portal, to the wonders of our American West. But, Vegas still excites us, still entertains us. I believe its current version may be the best one yet. It is still a very affordable entertainment destination that is in a constant flux of refinement, literally and figuratively. Those of you familiar with this site know that we really love our national parks and are in awe of the natural beauty of our country.

Our appreciation of Vegas may seem in contradiction to this passion; like enjoying the artificial over the genuine, the copy over the original. But, there is something to be truly appreciated about the constructed beauty of Vegas. Its product represents the cumulative talents of artists, architects, engineers, builders, financiers and dreamers. It is always interesting to see what money can buy and what money can accomplish. And no place seems to do it better than Las Vegas. So, whether you view Vegas as one of The Lost Cities of Gold or The City of Lost Gold, one thing is certain, there is no other place quite like it.