What It is Like to Fly as an Unaccompanied Minor

My oldest daughter, known here as Little C, has probably been on over 100 flights. She started flying before she turned one year old and has proven to be a very good traveler. In recent months it became obvious that the best logistical solution to get her home from visiting cousins and grandparents this summer was to have her fly home by herself on her first unaccompanied minor flight.

We could have gotten her via the grandparent flight shuffle as we have done before, but at 6 1/2 years old and with more than 100 flights under her belt, she was ready to do it without us. Most importantly, she wanted to do it herself.

The process of booking her as an unaccompanied minor was simple enough as outlined here. There is a $150 fee for using the unaccompanied minor service on United as we did. This fee is charged for each direction of travel, though it is charged per family on the same flight, not per individual child. US airlines charge between $50 – $150 for unaccompanied minors, though read the details on your airline of choice closely as some of the lower priced fees are per child, such as $50 per child on Southwest, and some are per family such as the $150 fees by United and American.

To prepare my daughter for the flight we went over several guidelines many, many times before the flight including over the phone less than an hour before departure. The main points I made sure she was clear on were:

So, after all of that, how did it go?

To cut to the chase, by all accounts it went great. On time flights, great weather, and no other out of the ordinary issues for her flight certainly helped keep the experience as low stress as possible. Her grandparents got gate passes and waited at the gate area with her until she boarded the plane without hesitation or incident. They then stayed at the gate area as instructed until the plane was in the air.

Little C told me she got a tiny bit nervous when she sat down by herself and buckled her own seatbelt, but that once she fired up her iPad she wasn’t scared anymore. She even took this selfie on the flight!

She said she was checked on by the flight attendant several times, offered a drink and a snack, and had help with her bag. She said she looked out the window, played quietly on her (fully charged) iPad, and that the flight was no big deal. Like the traveling boss that she is!

I tracked her flight both on the United app and on FlightAware like a crazy person. I knew where and at what altitude it was at for pretty much all of the 90 minutes it was in the air. 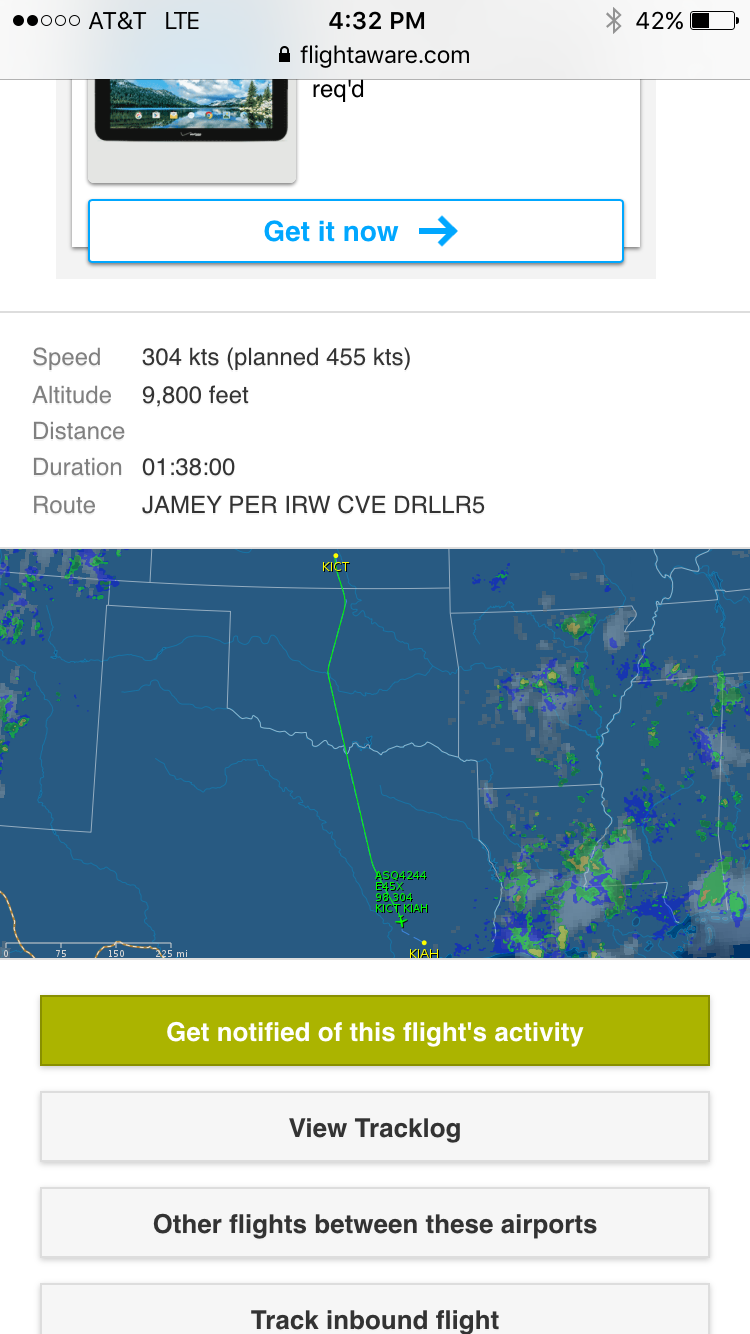 To be sure I was at the gate when she landed I got to the airport pretty early to receive my gate pass and clear security. Keep in mind there is no PreCheck with a gate pass. 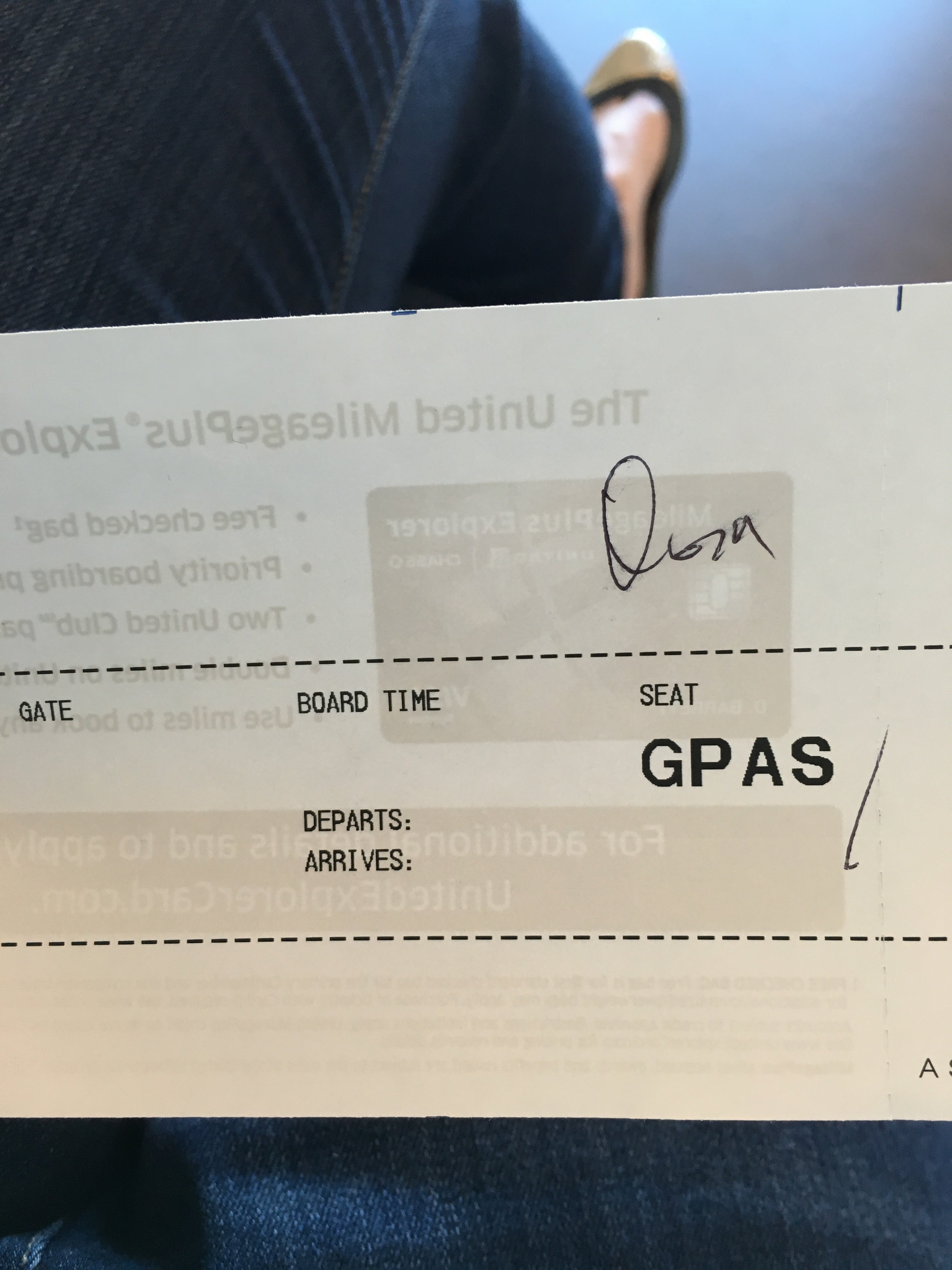 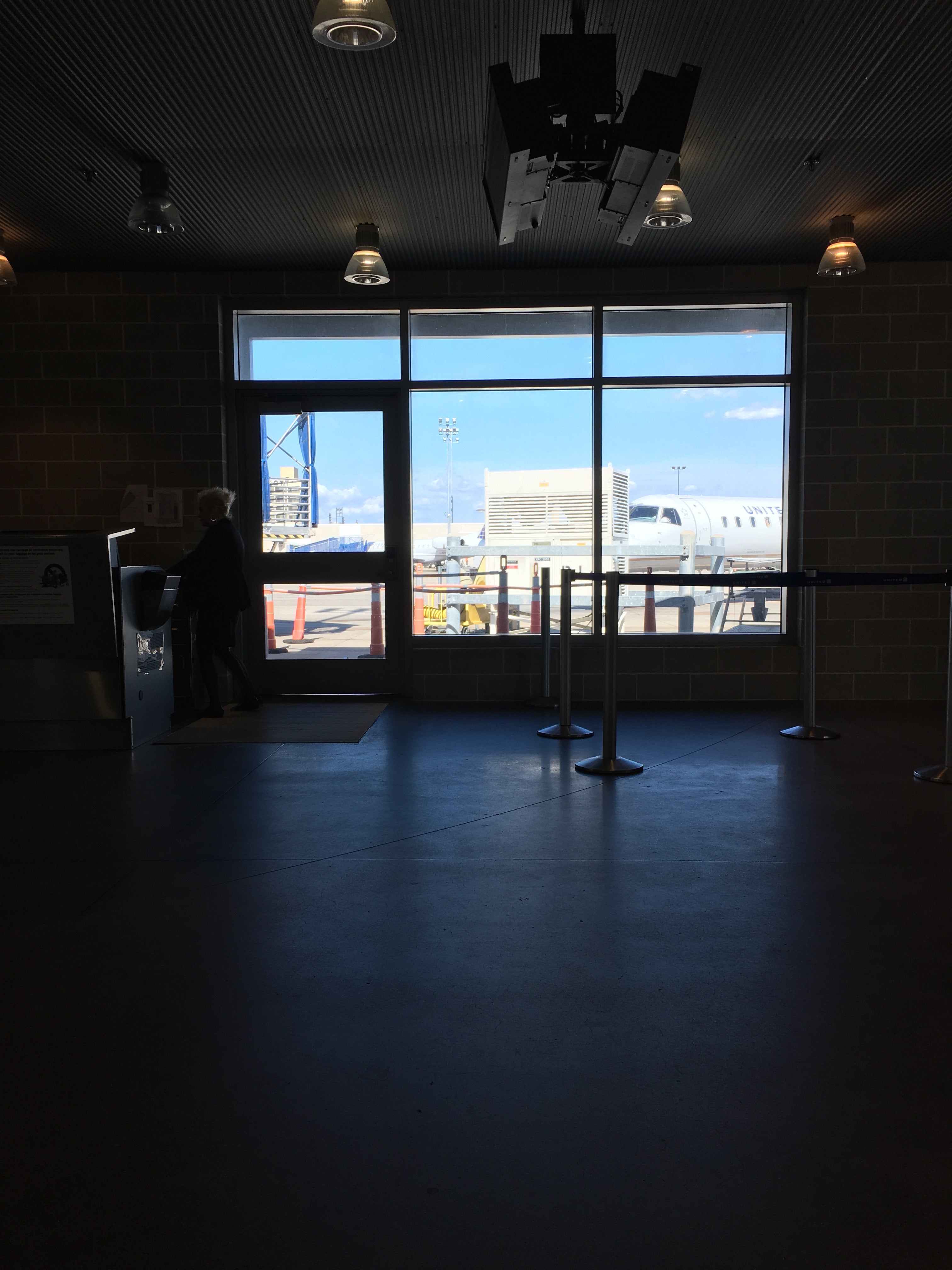 I returned to the gate when the plane touched down and anxiously waited for her ERJ to pull up. I told the gate agent I was there to pick-up my unaccompanied minor and she was then at the plane when the door opened to walk my brave girl down the ramp. 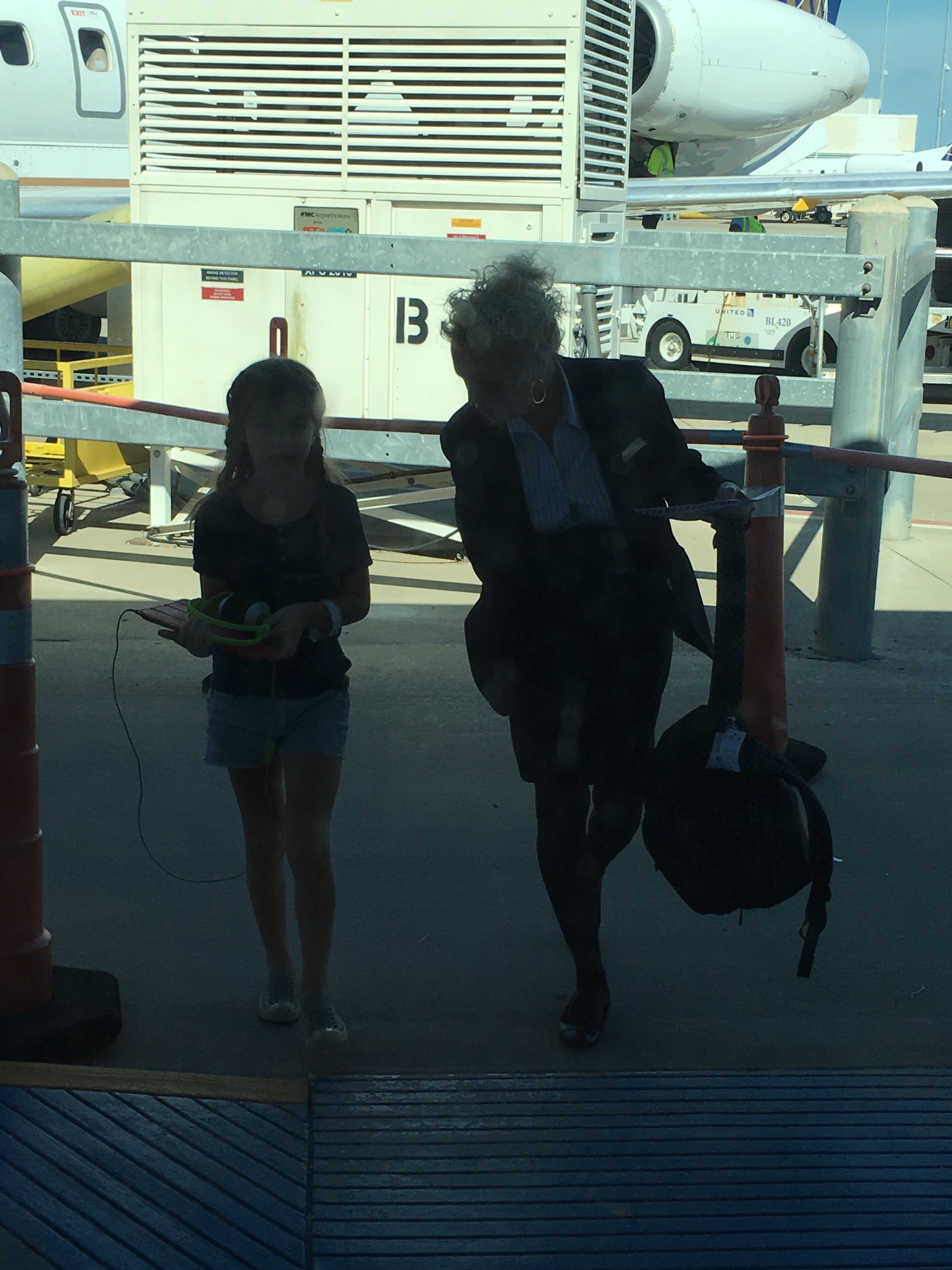 After opening the unaccompanied minor envelope that traveled on the flight with Little C she checked my ID against the name on the form and handed over my not-so-little traveler!

I gave her an embarrassing amount of attention both since I had missed her while she was away, and because I was so proud of her. She just insisted the flight was totally fine and no big deal…or as she says in this interview about what it is like to fly as an unaccompanied minor (full of six going on sixteen attitude) it was “totally easy”.

My six year old was ready for this, but not every kiddo will be ready at that age. There are also some real risks that flights will get delayed, be diverted, or have other issues that will really be tough for kiddos at young ages to deal with…and that will fray the parents’ nerves waiting on the ground! I had a plan in place for most of those contingencies, but I’m very thankful the flight was smooth and uneventful.

I’m not itching to have her fly as an unaccompanied minor frequently or on longer flights at this point, but it is good to know this is now a viable option to get her to or from Texas to her grandparents’ house in Kansas if we need to. I’m tremendously proud of her, and hope that this accomplishment is something she remembers and can draw on as she gets older, just like it was for me at the same age. Congrats on really earning your wings, Little C!

Summer Hull aka Mommy Points, ran the Mommy Points site for families who want to travel more for less using miles and points for seven years and now heads up TPG Family when she isn't exploring the world with her own two girls.
You might like
The Points Guy: Why Chase Ultimate Rewards points have been my go-to redemption method during the pandemic
News
6h ago
Great hotel, not-so-great location: A review of the Hilton Reykjavik Nordica
Reviews
6h ago
Looking for a change in scenery? West Virginia will pay remote workers $12,000 to move there
News
7h ago
Chase Sapphire Preferred® Card