I Just Redeemed Miles for a "Bad Award"

Articles
Summer Hull , aka Mommy Points, ran the Mommy Points site for families who want to travel more for less using miles and points for seven years. She now heads up a variety of special projects at TPG when she isn't exploring the world with her own two girls.
Follow
July 09, 2016
•
5 min read 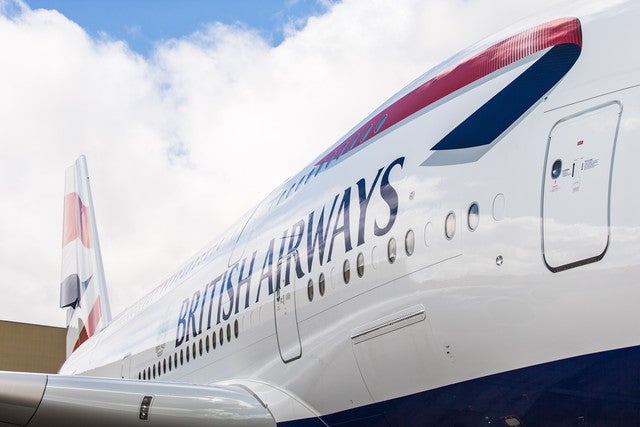 I Just Redeemed Miles for a "Bad Award"
This post contains references to products from one or more of our advertisers. We may receive compensation when you click on links to those products. Terms apply to the offers listed on this page. For an explanation of our Advertising Policy, visit this page.

In the miles and points world there are some award redemptions that are usually written off before they ever get started as they are just viewed as a universally "bad deal". I try really, really hard not to paint awards with too broad of (key)strokes because there are times and situations when almost all redemptions make sense. This includes paying 50,000 miles for a standard domestic round trip, or using points as cash to get a new iPad, or whatever. They are the kind of thing that I don't typically do, and that probably aren't the best return per point in most situations, but there's always the exception where it makes sense.

Another example of a miles and points "no, no" is redeeming miles to fly British Airways, especially in economy. This is generally regarded as wasteful largely because of the fuel surcharges that British Airways passes along to award tickets whether you redeem their own Avios for British Airways flights or even another currency like American Airlines miles. The Air Passenger Duty fees you have to pay if you are flying out of the United Kingdom don't help the situation, and are often involved if you are flying British Airways and staying in the UK at least 24 hours.

I've been working a lot this week on trying to get Grandma Points added to our upcoming trip to the UK in an economical manner. Even though we have seen tons of great flight deals to Europe in the recent weeks, our dates were never ones that got inexpensive. The cash prices have hovered near $1,500 for round trip economy tickets. You could knock that down a little with various discounts out there, but it was still going to cost at least $1,200 no matter how we sliced it. I didn't really want to pay $1,200 - $1,500 for Grandma's economy ticket to Europe...so of course I turned to using miles.

While it isn't essential for her to be on the same exact flights as us, I think it is exceptionally better, especially at the start of the trip. Since we are flying British Airways, I had a strong preference for Grandma to also fly British Airways with us at least on the outbound so we don't start the trip in chaos trying to coordinate meeting up in London, deal with potential delays, etc. With this many moving parts, streamlining things as much as possible is a good thing.

Sadly the great deals for business class we booked long ago are gone, and even old fashioned business class award tickets aren't available at this point. So, if she is going to fly with us, the ticket has to be booked in economy. I really hate the idea of flying in business while she is in economy, but it is what it is for now.

A one-way economy award from Houston - London on British Airways is 25,000 Avios + $256 in taxes/fuel surcharges on a peak travel day. An "off peak" day would cost fewer Avios, but the same amount in taxes/fees. While of course 25,000 Avios have value, we're honestly not going to really miss them as they were transferred during a Amex Membership Rewards 50% transfer bonus long ago and haven't been earmarked for anything else. So, the only painful part of this redemption is the $256 cost, but that is a steal compared to the $1,200 - $1,500 that the round trip ticket would have cost if purchased outright.

While I certainly wish I wasn't charged the fuel surcharge for the ticket, reducing my "out of pocket" cost for a one-way ticket to London to $256 and still getting the exact same flight I was after isn't that bad. In fact, it is pretty good.

There is no award space on our British Airways flights back home, so for that part of the journey Grandma is currently booked to fly United on an award ticket. Sadly it too is in economy, but it was free of fuel surcharges, so that balances things out a bit I guess. It isn't nearly as important for us to be on the same flights heading home as it is getting started in Europe.

I didn't think I would ever redeem British Airways Avios for an economy award to London because it is a "bad redemption", but the thing is that it wasn't a bad redemption. It was a good redemption to get the exact flight we wanted without racking up four figures worth of cash expenses in the process.

It was also a great reminder to never right off an award as being "bad". Of course some deals are generally better than others, but there may come a time that the "bad" redemption is the best one for your situation. Have you ever redeemed your miles and points in a way that surprised you?