and are ticking off “bucket list” destinations quicker than they ever thought possible thanks to miles, points, and travel deals. They have an intense love of this country, of its National Parks and treasures, and have no problem with a clean budget hotel room and an economy airline seat on a budget airline as long as it gets them where they want to be. He recently left his budget car rental strategy in favor of Silvercar, and here are his thoughts…

This Saturday morning TV classic would come on with its unmistakable intro and its famous overture and my pulse rate would rise to match that of the speed of the horse’s hoofs racing on the dusty trail. A single bugle led to a full orchestration as the announcer would excitedly offer ” a fiery horse with the speed of light, a cloud of dust and a hearty Hi Ho Silver. The Lone Ranger.” The Lone Ranger was the quintessential good guy with the white hat.

He spoke eloquently, acted righteously and shot not to kill but to disarm. He and his sidekick Tonto and his trusty steed, Silver, helped those in need and saved many a day for the good citizens of our American West. I immediately thought of this connection as a recent trip of ours out west was saved by our own Lone Ranger, our own enabler, Mommy Points and our soon to be transporter, Silver(car). 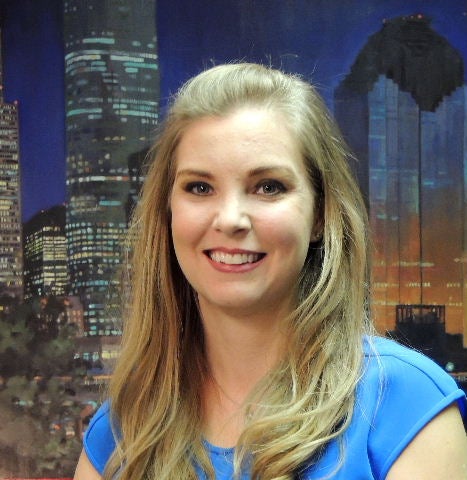 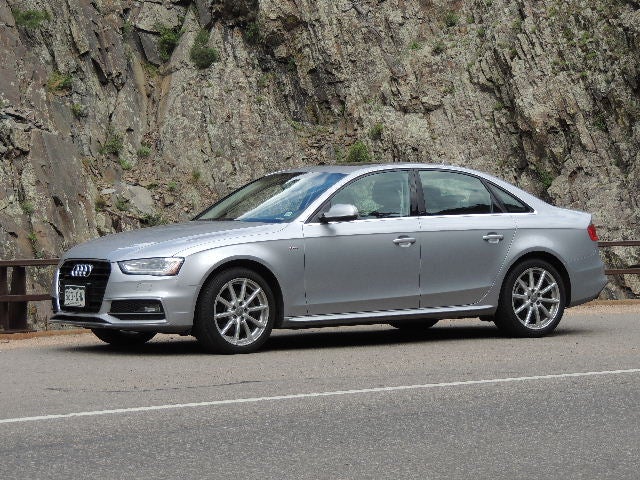 For some background information – A fantastic fall trip last year to Rocky Mountain National Park culminated with a desire to come back and drive Trail Ridge Road soon after the snow got cleared and the road reopened for the summer. 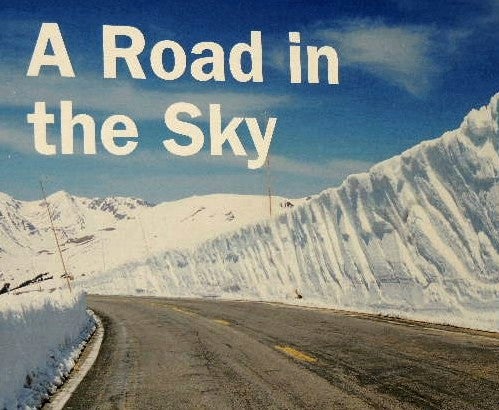 So, from last October through early May we had made mental plans to do just that. We monitored the Frontier Airlines site and consistently saw fares for $49 – $59 each way from Houston Intercontinental and we kept track of the snow clearing via one of the webcams available. My wife reaffirmed her desire to go around May 1st and I was going to get the trip all together and present it to her on Mother’s Day.

But then shortly thereafter, our beautiful black Honda Accord got intercepted at an intersection and a now pending insurance deductible took the luster off of the hoped for adventure. We were now wavering big time on the trip. It was like a hold in a NASA countdown. We were a go then a no go. Would the mission just get scrubbed? It was 50/50. And then Mommy Points in a blunt statement said, ” just book the #@&% trip!” Mommy Points addition: I can be kinda bossy at times, but hopefully usually in a good encouraging sort of way. In this case I knew that they would probably regret not going, and while the timing of booking a trip around the time of the unexpected car repair expense was unfortunate, it wasn’t reason enough to scrub the launch in my bossy pants view.

So the countdown clock resumed a smooth count toward liftoff until I checked on the car rental prices in Denver. WHHOOOAAA, padnuh! I just wanted to rent a car, not buy one. The rental for a couple of days was considerably more than an airfare ticket. The clock stopped again. And, we thought for the last time.

Mommy Points did not take this news well and in a few minutes proposed that we use Silvercar as our car option. Silvercar is an upscale rental available only at 14 select airports and features Silver Audi A4s. Just Silver Audi A4s.

Well, on the surface this did not sound like a more economical route for us until the details were explained. There was a free day promo available for first time users using the code LOUNGEBUDDY which made the total cost for 2 days, $118.83. However, there was also a $25 rebate in the form of a Visa credit card available to the renter who was referred (Mommy Points code is SHULL) and a $50 Visa rebate for the referrer, who in our case was of course Mommy Points. The $50 bonus for the referrer dropped to $25 before our trip happened, but it still resulted in an actual family cost of just $68.83. Totally doable and fair. And it was an Audi A4. So we nodded our heads yes and we signed on the digital dotted line.

The registration and reservation process is easy and straightforward and is done online on on their app. You create an account and download the Silvercar App and you are good to go. 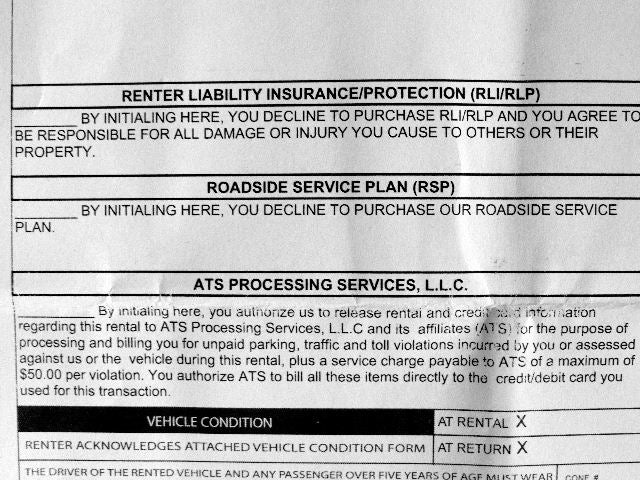 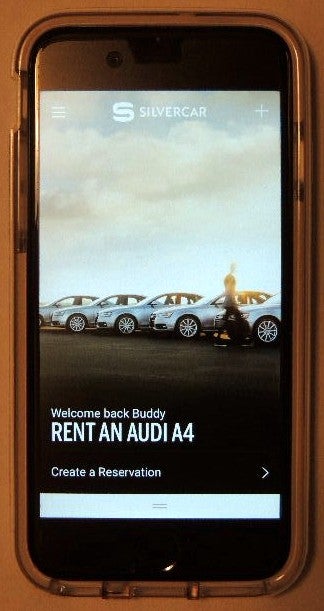 The Silvercar App is your lifeline, your information source and your friend. It will answer your FAQs like where the shuttle bus is located and how is it identified. In our case, at the Denver Airport, it was the Green Canopy which turned out to be the name of the covered parking lot that Silvercar shares a facility with. 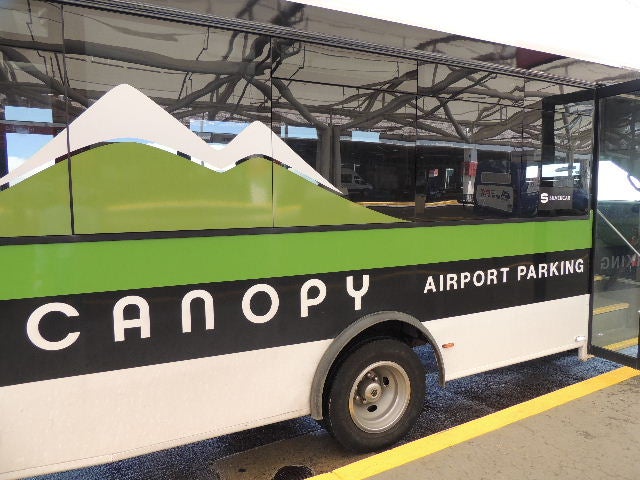 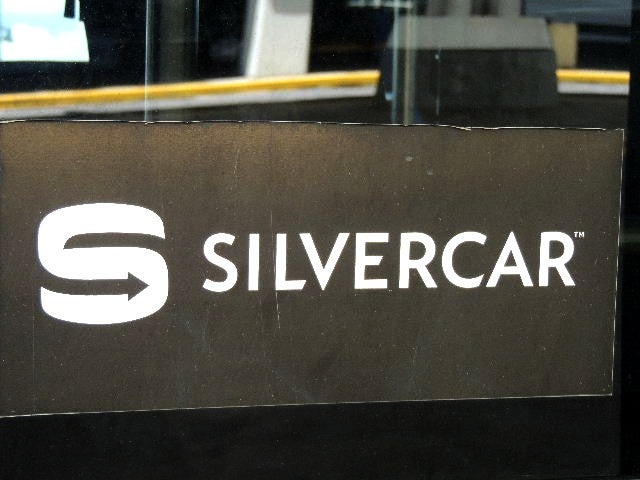 The bus was there waiting for us and comfortably and efficiently took us the 5 miles to the pickup location. There was an agent/rep waiting for us and we essentially went straight from the shuttle to the car with just a brief go-over of the Audi. There was no office to go in or paperwork to sign. The smartphone and the Silvercar App handles everything. If there is no agent/rep, you can just scan and go and on your return just scan and depart. We were on our way in just minutes. Vroom, vroom.

The car was a delight during our 48 hours together. All Silvercars come with built in Wi-Fi, navigation systems, satellite radio, moon roof, creature comforts and power. The car is sort of an ego booster. We are not used to such carriages on our trips. We are more of the basic pumpkin renters. The car handled beautifully on Trail Ridge Road. 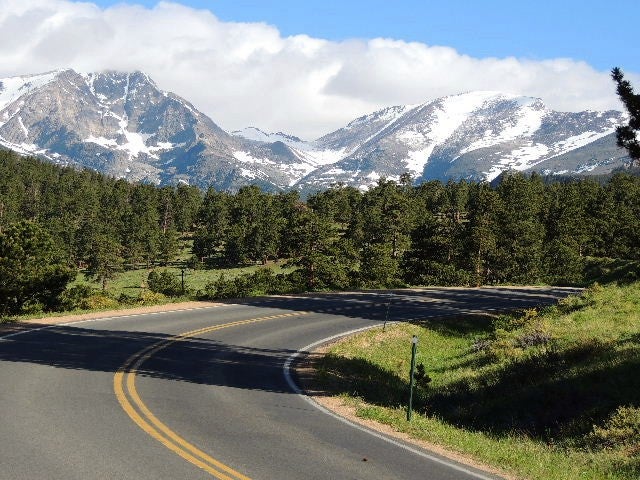 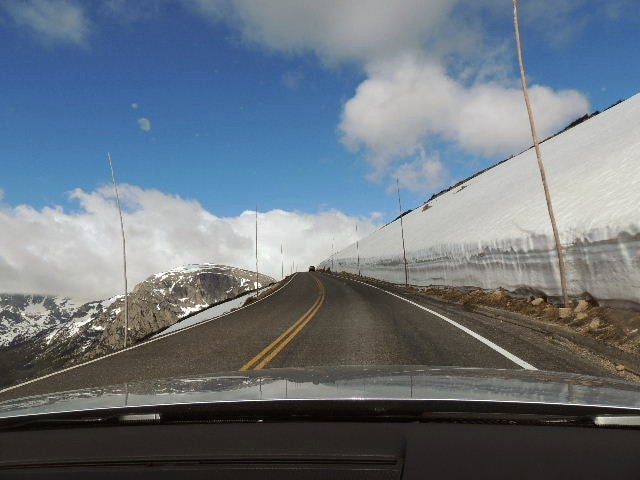 Its ample power, tight turning and road hugging capabilities made the nation’s highest continuous paved roadway a thrill to navigate. I wish we would have had it on a visit to the hells of San Fransisco, I mean hills of San Fransisco. 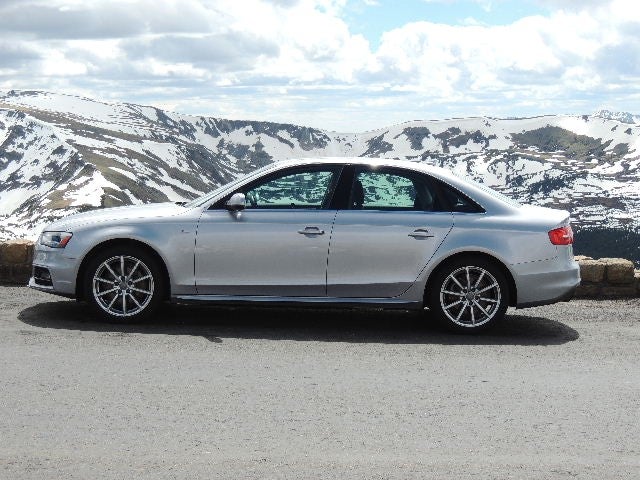 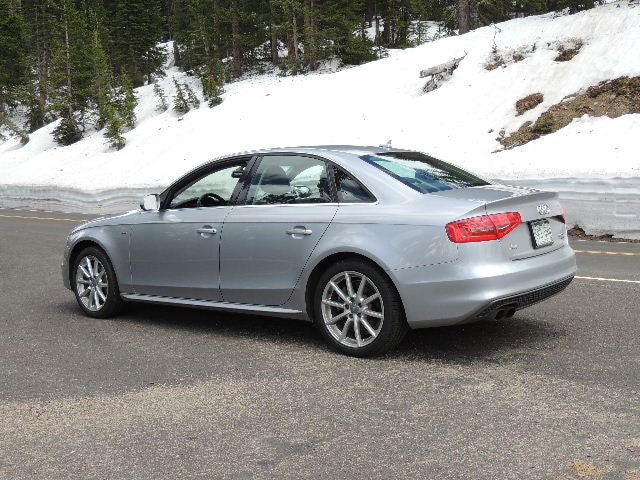 The built in Wi-Fi had its obvious advantages and the navigation system was a hoot as it so graphically and accurately showed the turns we were taking and the mountains we were climbing. It was like we were involved in a video game. We really liked the display of the elevation and the temperature because on this trip they both were subject to significant changes. Now if it just had Doppler radar. 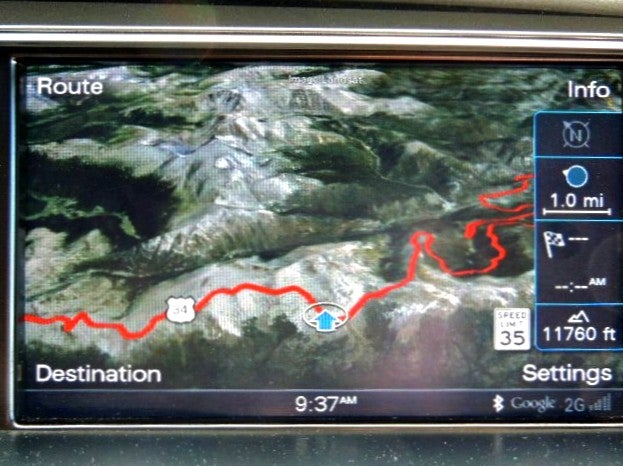 But as much as we appreciated all those nice amenities, it was the moon roof and the satellite radio that pleased us most. We opened that roof and let in a glorious late spring sun, the chill of the high mountain air and the unmistakable smells of the great outdoors. And we let back out into the environment the high volume of the satellite radio’s Sixties on Six. The Beach Boys, Frankie Valli, Johnny Rivers and The Fifth Dimension were among the classic artists that rocked our Audi and elevated our spirits. We were groovin’ on a sunny afternoon. The music proved to be a sweet bonus to two great days. 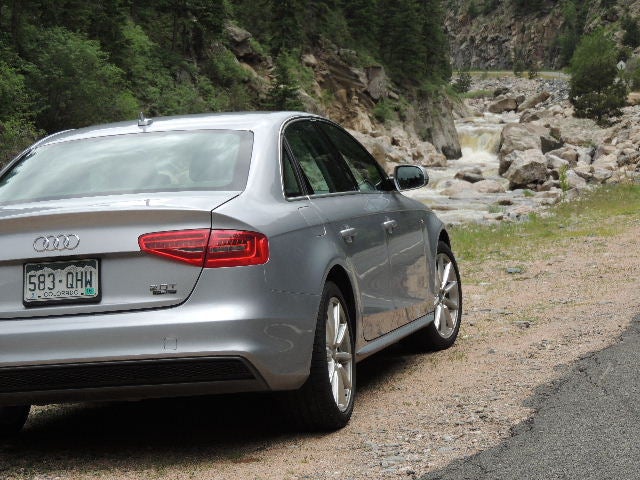 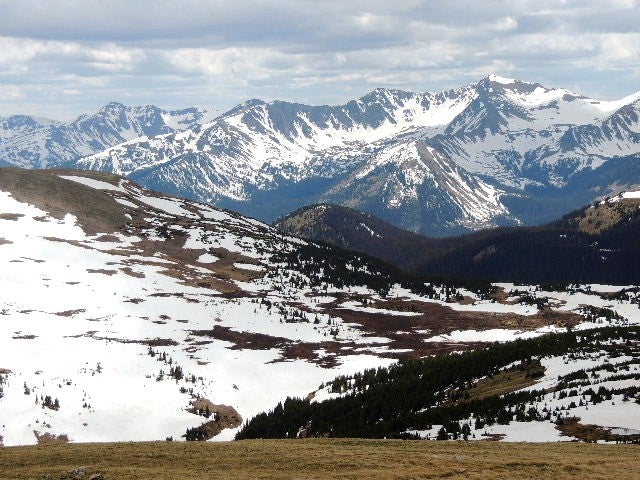 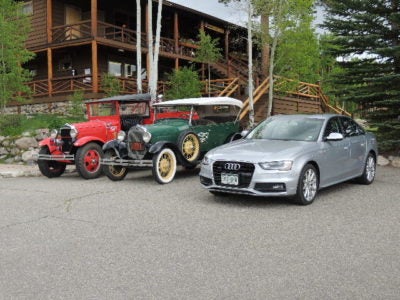 Our overall Silvercar adventure was excellent. It was a serious upgrade for us. We will keep an eye out for more promos and specials in the hopes that our needs and their nice product line up again sometime. The first time user free day offer seems to be consistently out there, so maybe you can take advantage of it and try out an Audi A4 in the near future for the same price or less than the other traditional rental cars. And perhaps Grandma Points can be a new renter at some point! We hope you have the same pleasant and no hassle experience that we had.

And when we got home and emptied our pockets, we found a silver bullet among the coins. Where did it come from and who was that masked man? The Lone Ranger, of course. Hi Ho Silver ! 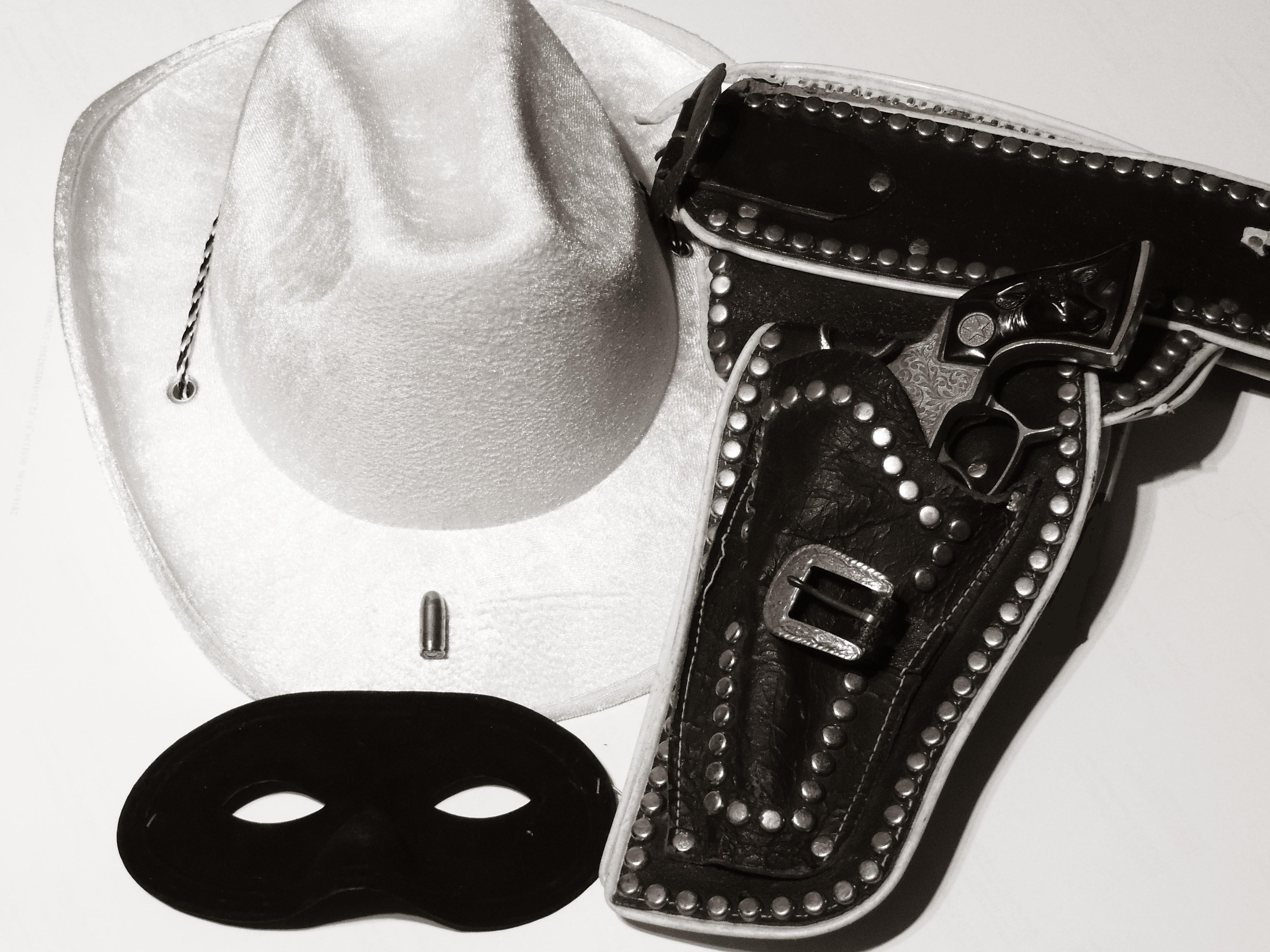 Summer Hull aka Mommy Points, ran the Mommy Points site for families who want to travel more for less using miles and points for seven years and now heads up TPG Family when she isn't exploring the world with her own two girls.
You might like
France has a new vaccine pass: Here’s what we know
News
2h ago
Bye bye, Bally’s: This iconic casino is returning to Las Vegas in its place
News
3h ago
Carnival Jubilee cruise ship to sail 18-day transatlantic voyage in 2023
News
3h ago
Delta SkyMiles® Platinum American Express Card