I recently asked my dad, Grandpa Points, to write about how budget travel has changed in his 67 years of transiting this country from the back of station wagons to a first class lie-flat seat. He shared the first part of this story here, and today will take us from the 1970’s to present-day. I have to add, that while I like all of his posts, this may be one of my favorite series so far!

The travel and transportation world continued its changes in the 1970s as passenger air travel moved toward the common man when the federal government began its airline deregulation in 1978. Prior to that, only the prominent, the elite, the wealthy, those with the right $tuff, could be considered as regular air travelers. Mixed in with that group would be businessmen flying on the corporate account. The service provided on the airlines at the time reflected the passenger’s first class status. It was the ultimate service industry.

It appears to me that the biggest change I have witnessed in travel in my 67 years is the availability and the affordability of passenger air flight. The deregulation of the airline industry revolutionized travel for the masses. Fares were no longer set by the government, carriers no longer had monopolies on routes, and capitalism and competition were allowed to thrive.

It is startling and quite amazing how much the price of airfares have come down while the rest of the economy has continued an upward spiral. Since the 70s, home prices, car prices and the price of bread have all increased about eight fold. Airfares, in real dollars, are 2.5x to 3x cheaper in the same time period. With research and effort, and using the lowest cost carriers, this can extend to 5 or 6x cheaper. In 1974, the cheapest flight from New York to L.A., in adjusted dollars, was $1442.00. Today, it is about $250, or less if you pull the trigger at the right time.

This shift to more economically manageable fares coincided with an upswing in the national economy and an overall rise in the country’s spirit and confidence. These good time feelings led to the growth of Disney World, a revitalized Las Vegas, the expansion of Caribbean resorts and an enormous increase in the popularity of snow skiing.

All these of destinations and pursuits combined to fill the airline seats in the 80s with recreation seeking baby boomers. It is remotely (tongue in cheek) possible that the original Vacation movie and the travails of the road trip to Wally World may also have had an influence on the American public’s movement from the car to the plane as the transportation means of choice.

My first airline experience was as a 22 year old who flew on Uncle Sam’s credit card to Basic Training at Fort Jackson, South Carolina. It was another ten years before I flew again, and my flights were restricted to charters like Fun Jet going to Las Vegas. Family ski trips, vacations, the Atlanta Olympics and a trip to The Masters were all made in our four door sedans. Mommy Points addition: and those long drives were in part what led me to chase airline miles (sort of tongue-in-cheek)! 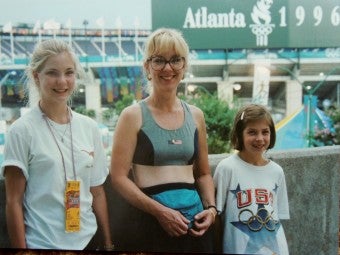 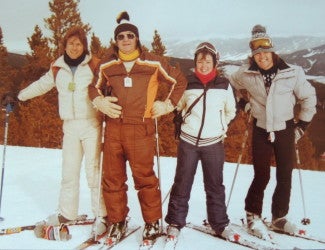 The only exceptions were when we stumbled upon two very cheap airfares for flights to Vegas in 1995 and later to DC in 2002. This pattern continued until just six years ago in 2010.

It was at this time that Mommy Points began her career in the miles and points world (Mommy Points addition: and I then began intruding into their vacation planning!). With her help our frequency of flying has increased exponentially. Since then, we have averaged about four significant flying events a year. This has been accomplished through credit card sign up bonuses and by the accumulation of miles/points from the proper use of credit cards.

The influx of budget airlines, such as Spirit and Frontier, has fit into our flight patterns perfectly. 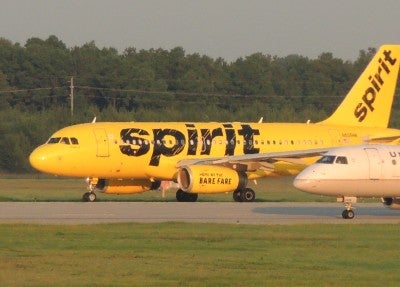 We have flown to Las Vegas ten times for virtually no real cost in this time period and have made Vegas our portal to the rest of the American West. We have flown from Houston to San Francisco for $16.00 each way via a Frontier Sale and to Denver for $34.00. We flew to Alaska on American Airline miles that we had forgot we even had from a sign-up bonus. We have flown to New York, to Boston, to Chicago, twice to D.C. and once to see Elton John in concert just because we could.

Our flight numbers are up because of cheaper airfare, a willingness and an eagerness to fly when great deals present themselves, and a solid miles and points plan. This combination has allowed two very average socio-economic retired sixty somethings to travel frequently and to places that once seemed so far and so unlikely.

I will absolutely forever remember the specific feelings that my wife and I shared the first time we ever flew to Colorado from our home in Texas. We had made that 1000 mile trip many times, usually driving straight through the day and night. I had traveled that familiar route probably 30 times over 60 years in a Buick, two Cadillacs, a Ford, a Packard, a Plymouth, a Pontiac, a Scout, four different Hondas, two vans, two motor homes and on a motorcycle.  But never in an aircraft.

So, in September of 2012, just four years ago, we parked our Honda and boarded a 7:00 AM United flight from Houston to Denver. At about 9:45 that morning, that same morning our trip had begun, we were already on I-70 west of Denver in our rental car. We were amazed, giddy, delirious and in a very happy state of shock. What, a few hours after arising, we were already here? Is this a great country or what?  What about the all day and all night drive? What about the frequent question from the co-pilot if the driver is okay and if it’s time to change drivers?

This time we were not tired, we had not spilled a drink on ourselves, and we had not fought off sleepiness by singing or eating or sticking our head out of the car window. Nope, we were fresh and eager and wide eyed and bushy tailed.  We felt wealthy and considered this to be quite the special privilege and gift.

My lifetime of travels has indeed witnessed an evolution and revolution in the industry. Travel agencies have virtually become extinct with the advent of the personal computer. Airlines have become more of a mass transit than a personal pampered experience. Casual has replaced formal and common has replaced exclusive. Airlines have transitioned from fine dining to peanuts, from leather to plastic, from linen napkins to paper and from half filled seats to full flights. Hotels are charging “resort fees” but giving away complimentary breakfasts. Television is no longer considered an extra and HDTVs can be found in bathroom mirrors and even in showers.

Travel has changed. So have I. 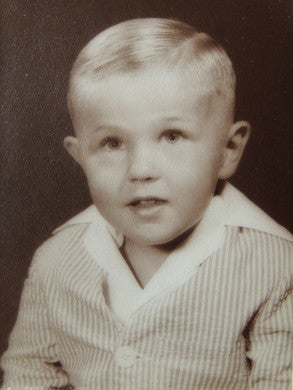 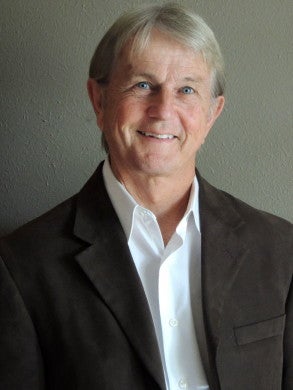 One memory I would not trade from my youth was sitting in the back right rear seat of our car, leaning on the door with the window down, thoughts racing through my head about all the things I was seeing as the landscape was whizzing by. Crops by the thousands in row after row, a boy on a horse, a windmill churning, a dog on a porch, an old barn full of hay, clothes on a line and Burma Shave signs.

I observed life out of that window. It made me aware of my surroundings and enhanced my connectivity with the world around me. I am confident that my broad sense of perspective and vision was partially formulated in that back seat looking out that window. I am sure that has a lot to do, everything to do, with my need for a window seat now on our airplane trips. I just need to see where we are, and what is going on. 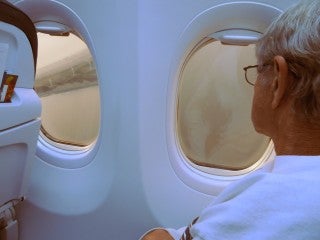 I also have enduring and endearing memories of these drives after I transitioned from the back seat to the driver’s seat. We saw an epic tumbleweed migration between Lubbock and Amarillo that was of biblical proportions and left us with tear drenched faces from laughing so hard. We saw the trees of Clovis, New Mexico glazed over after an ice storm that presented themselves worthy of an Ansel Adams or Norman Rockwell Christmas card. There was the biting cold 2:00 A.M. blue norther wind in Dumas, that made filling up with gas feel like an Antarctic experience. We survived a viciously, violent, primordial soup classification of a thunderstorm between Roswell and Hobbs that seemed like both the beginning of time and the ending of time. 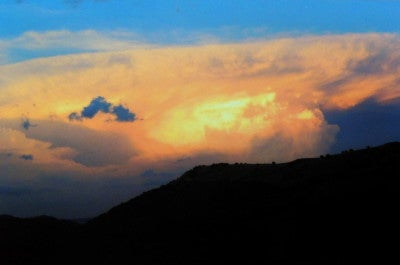 There were the omnipresent, much needed and appreciated all night Allsup’s convenience stores that offered fuel and caffeine for the next driver’s shift. There was the constant hope for a clear channel radio station to be your 3:00 A.M. companion and the sigh of relief when the sky began lightening in the east as the dawn thankfully replaced the dark.

Most all travelers have had these road warrior moments in an effort to maximize vacation time and minimize expenses. It was sort of the mantra of the times. Even with all the pluses and the memories, these trips were also trying, tiring and testing.

I do not think I have any more all night drives in me. I do know I love to travel, and I am grateful for the opportunity to do so. I have always been more spartan than royal, more glass half filled than half empty and more tolerant than not. As a traveler, I appreciate the relative ease and the affordability of being able to be comfortably transported thousands of miles in a few hours of time. I know that the exciting reward at the end of the flight will far outweigh any figurative turbulence along the way.

Route 67 has been great for me, and I saw on the Internet some of the wonders awaiting on Route 77 and 87. I can’t wait. 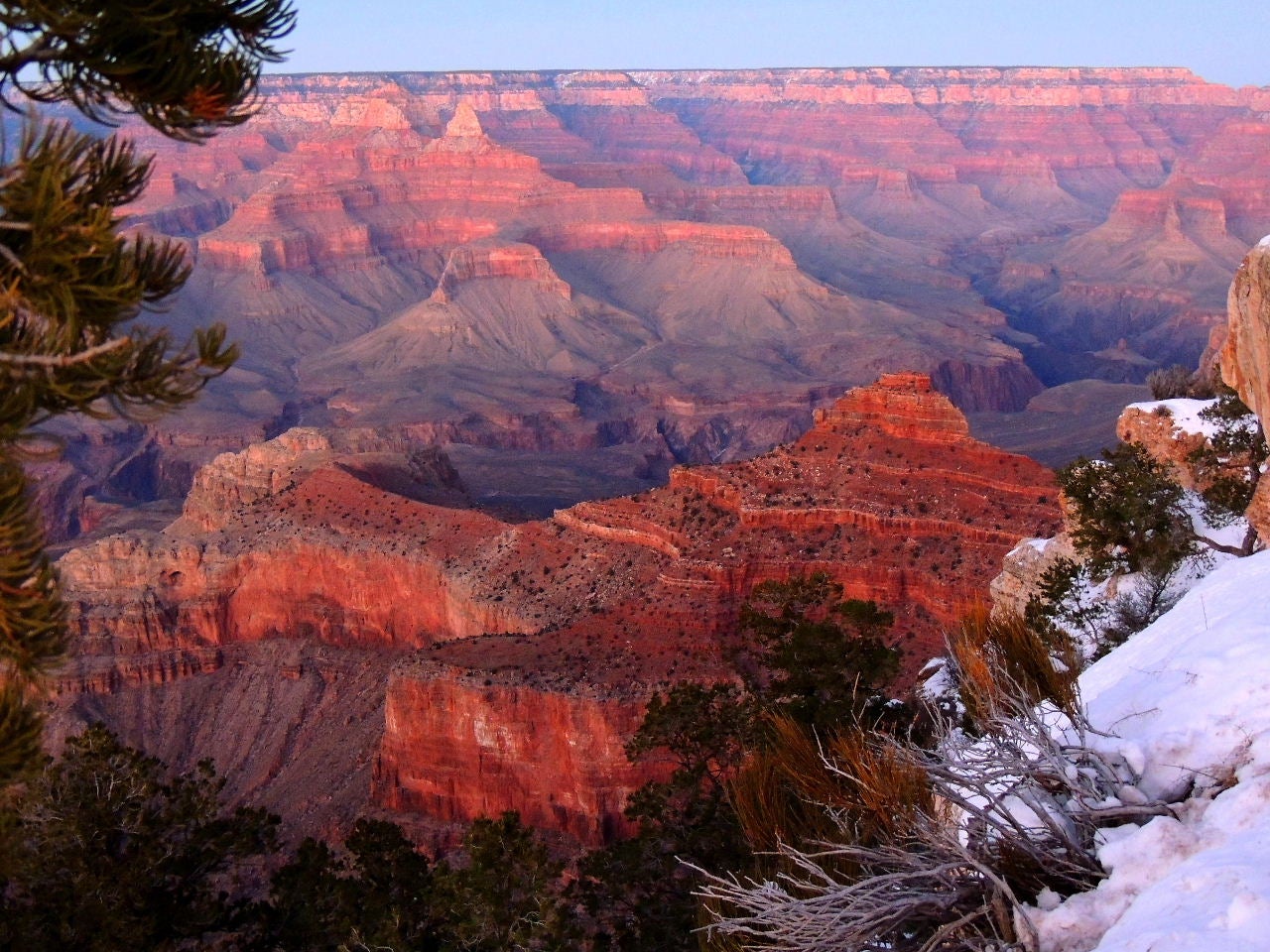 Summer Hull aka Mommy Points, ran the Mommy Points site for families who want to travel more for less using miles and points for seven years and now heads up TPG Family when she isn't exploring the world with her own two girls.
You might like
Capital One extends limited-time perks on select cards through June 2021
News
2h ago
JetBlue expands partnership with Qatar Airways, new loyalty benefits coming soon
News
2h ago
Delta cuts 6 routes, resumes 6 others in latest network update
News
2h ago
Chase Sapphire Preferred® Card