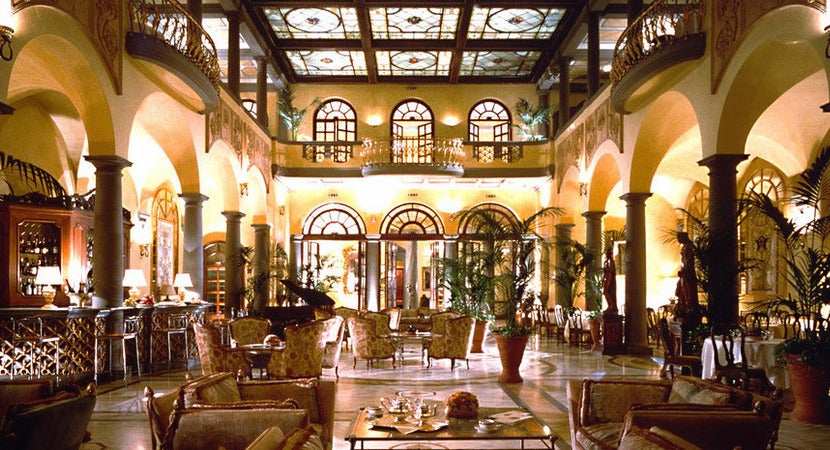 Starting 2016 Off Strong With Starwood Preferred Guest
This post contains references to products from one or more of our advertisers. We may receive compensation when you click on links to those products. Terms apply to the offers listed on this page. For an explanation of our Advertising Policy, visit this page.

Starwood Preferred Guest is one of my absolute favorite rewards programs. Starpoints are widely regarded as the most valuable loyalty currency, and that is reflected in my monthly valuations. It's added several new chains to its portfolio, which now includes 11 brands, the newest of which being Design Hotels, as well as new airline transfer partners — unlike some programs which constantly devalue and lose partners. But one of the biggest reasons I love SPG so much is because of the way you can start the year strong with elite-qualifying nights and stays.

Because I'm a cardholder of both the Starwood Preferred Guest Credit Card from American Express and its Starwood Preferred Guest Business Credit Card from American Express, I'm already 20% of the way toward Platinum status requalfication — and I haven't even stayed in a hotel one night this year. It isn't one of the key advertised perks, but for each of the two co-branded cards, you receive credit for five nights and two stays each year — so a total of four stays and 10 nights each year. For that reason alone, I know I'll always keep these cards alive — they're well worth the annual fee ($95, which is waived the first year) and always pay off in the end, not to mention the other benefits that come with the cards and accruing valuable Starpoints from everyday spend.

SPG Platinum status requires 25 stays or 50 nights and can earn you late check out, room upgrades, complimentary club access, among other benefits. Starting my year off 20% of the way to reaching Platinum status is a huge bonus. Also, I'm 10% of the way to 100-night Platinum Ambassador, which will get me many more benefits on top of the standard Platinum status. Having this option available makes being an SPG Amex cardholder completely worth it in my eyes.

If you don't already have the card, the current welcome bonus is 25,000 Starpoints after spending $3,000 in the first three months and the $95 annual fee is waived the first year, making it a total no-brainer. If you wait until August/September, the bonus may jump to 30,000 points, as it has the past several years. As of August 2015, there is complimentary and unlimited Boingo Wi-Fi, complimentary premium in-room internet access and no foreign transaction fees on both cards.

The Starwood Preferred Guest Business Credit Card from American Express will earn you 25,000 Starpoints after spending $5,000 in the first three months. You'll earn the same previously mentioned benefits, as well as Sheraton Club access when you book rates that are eligible to earn Starpoints. For both cards, you'll earn up to 5 Starpoints for each dollar of eligible purchases at participating SPG hotels — 2 for charging your purchase to an SPG card in addition to the 2 or 3 for which you may be eligible as an SPG member — and 1 Starpoint for all other purchases.

I use my SPG Amex cards for all spend where I'm not getting a bonus on another card. And, as you can see in the picture above, I've been hoarding them a bit, which is a bad long-term investment. So, I'm making 2016 the year of the #TPGSPGBURN as we near the Marriott merger. Who knows what will happen to Starpoints when the merger is complete, but I plan to burn them on some nice resort stays and SPG Moments in the meantime. Stay tuned!