Amex Platinum or Premier Rewards Gold: Which is Best for You? 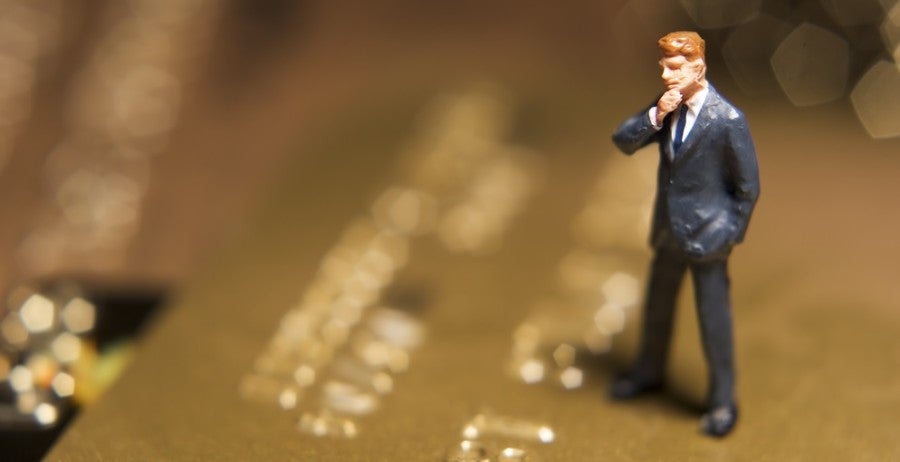 Amex Platinum or Premier Rewards Gold: Which is Best for You?
This post contains references to products from one or more of our advertisers. We may receive compensation when you click on links to those products. Terms apply to the offers listed on this page. For an explanation of our Advertising Policy, visit this page.

American Express has some great premium credit card options, including Amex Platinum and Premier Rewards Gold. If you're unsure which is worth a spot in your wallet, keep reading for TPG Senior Points & Miles Contributor Nick Ewen's step-by-step breakdown of each card's advantages.

When it comes to credit cards, you have a wide variety of products from which to choose. Some are great for everyday spending, some provide fantastic benefits just for holding the card and others are a combination of the two. Choosing which cards belong in your wallet can be a challenging endeavor, and today I want to compare two of the most popular premium Amex cards to help you decide which is a better option for you: the Platinum Card from American Express and the American Express® Gold Card Card.

This analysis will be broken into two sections. The first will be a relatively quick comparison of the cards across six key areas:

While I'll point out where one card shines above the other in each of these, it's important to consider all of them together, so the second part of the post will highlight some specific situations where it may make sense to choose one card over the other.

Remember that this analysis is just one way to approach the decision-making process. Everyone has his or her own unique factors that play a role in picking the best cards for your wallet, so feel free to adjust my rationale accordingly!

One of the most important considerations when it comes to opening a new credit card is the sign-up bonus. Taking advantage of new offers on top travel rewards cards is an easy way to boost your account balances, and this is even more critical with these two cards than those offered by other issuers. Last May, American Express began tightening welcome bonuses, and you're now only eligible to earn a bonus on a personal card once in your lifetime. As a result, you want to do everything you can to open cards when the sign-up bonus is nice and lucrative.

Here are the current publicly available offers on these two cards:

However, you'll also want to check the CardMatch tool to see if you're get targeted for a bonus of 50,000-100,000 points. I've even found that I can get targeted offers by opening up a new browser. In fact, when I clicked through our link using Google Chrome, I received the following offer:

Naturally, I jumped at the chance and was immediately approved. 50,000 Membership Rewards points, here I come!

If you don't see any targeted offers, the Platinum Card's sign-up bonus is clearly a much more lucrative offer.

Another key factor to consider is the rate at which you earn Membership Rewards points on the two cards. This became an even more lopsided equation when the Premier Rewards Gold card added several new benefits back in June 2015. Here's a breakdown of where the earning rates currently stand:

As you can see, the Premier Rewards Gold card is the clear winner in this regard. Remember too that you can also earn an extra bonus point for many purchases made through the Amex Travel website, though this perk applies to both cards and thus doesn't impact the overall conclusion.

This third category is a wash, as both cards accrue valuable and flexible Membership Rewards points that can be redeemed for a variety of items. On the low end of the value spectrum are redemptions like the Membership Rewards online shopping mall (0.5 cents apiece) or the new option of Airbnb stays (less than 1 cent apiece). You'll get a slightly better flat value of 1 cent per point when you redeem points through Amex Travel or redeem your points for rides with Uber. Unfortunately, these redemptions are still much lower than TPG's current valuation for Membership Rewards points (1.9 cents apiece).

However, the most valuable option tends to be transferring them to one of the program's 16 airline and 4 hotel partners (including British Airways, Delta and Singapore). This opens up valuable redemptions like Lufthansa first class, and you'll occasionally see transfer bonuses or other offers like the Gold status offer with Virgin America when you transfer at least 80,000 points (which, unfortunately, is no longer available). There are many ways to maximize your Membership Rewards points when it comes to redemptions, especially if you can snag a targeted sign-up bonus.

American Express has a very loyal following among the road warrior crew, and both of these cards provide an array of benefits that will appeal to frequent travelers:

Clearly, the Platinum card is way ahead of the Premier Rewards Gold Card in this category, though that's to be expected with the much higher annual fee (see below). American Express has been opening more and more Centurion Lounges, with the Seattle location opening over the summer and a Houston location set to open later this year. However, Platinum cardholders did lose guest access to Delta SkyClubs in 2014, so you'd need to pay $29 per guest to access those lounges. Nevertheless, these benefits can be quite compelling for those who hit the road often.

This fifth category covers those benefits on the card that won't make your travel life more comfortable, but instead will give you valuable protection and coverage when things don't go as planned. Like the redemption options, this too is a wash (now that the Premier Rewards Gold Card upped its purchase protection to $10,000 per occurrence). Here's a table that breaks down these benefits on the two cards:

None of this coverage is very glamorous, but if something goes wrong, you'll be grateful to have it!

When does one card make sense over the other?

Now that we've taken a close look at the two different cards, let's consider some situations where one is the clear winner over the other. Just like before, this is not meant to be an exhaustive list, but instead is a general guide to help your decision-making process.

As mentioned above, one of the biggest disparities between these two cards comes on the earning side of things. The Premier Rewards Gold Card is one of the best options out there for purchasing airfare, as you'll earn 3 Membership Rewards points per dollar spent directly with the airlines (note that this excludes third-party sites like Travelocity and Expedia). Unfortunately, these same purchases with Amex Platinum will only earn you 1 point per dollar. If you spend a lot on airline tickets, this difference can add up quickly.

Let's say that you frequently travel for work and charge your plane tickets to your personal card for reimbursement. If you spend $10,000 per year, here are the earnings on each card:

This is a difference of $380 in value, so even if you can take advantage of the $100 Global Entry credit and the $100 in additional airline fee credits on the Platinum Card, you're still coming out ahead with the Premier Rewards Gold card.

2. You frequently travel from, to or through an airport with a Centurion Lounge: Amex Platinum

As mentioned above, one of the benefits on the Amex Platinum is lounge access. This includes access to Delta SkyClubs (when traveling on Delta) as well as Priority Pass lounges. However, the new standard for domestic airport clubs has to be the Centurion Lounge network. At the time of writing, American Express has opened a total of six lounges:

The Houston (IAH) location is slated to open this year, and there are even rumors of a Centurion Lounge in Los Angeles in the near future. For travelers who frequent these airports, these clubs can be an oasis from the misery of the terminal, and Amex Platinum cardholders are able to access for free (it'll cost you $50 per visit if you only have the Premier Rewards Gold Card). Just be sure that you'll have plenty of opportunity to visit them; if you typically fly out of an airport without one, you may be better off with a card like Citi Prestige.

3. You live in a Delta hub and regularly travel by yourself: Amex Platinum

Another situation where the Platinum card may make sense is for Delta hub captives, especially in a city like Detroit or Minneapolis, where other carriers have little to no presence. In these cases, you'll likely find yourself frequently flying Delta out of necessity, but with nonstop flights, you might not earn enough MQMs and/or MQDs to quality for Delta Medallion Status. However, you can select Delta as your chosen airline for the $200 credit each year, covering checked-bag fees, premium seat purchases and even in-flight food or drinks.

In addition, you'll also benefit from access to Delta SkyClubs. I personally found that many of the upgrades being tested last year were quite nice and a definite improvement over the previous amenities. It was also great to have personalized assistance when flights were delayed or canceled.

4. You're new to the points and miles hobby: Amex Premier Rewards Gold

When I first started in this hobby, I refused to even consider a credit card with an annual fee (which incidentally is now my 8th commandment for travel rewards credit cards). I have since seen the light, but if you're new to the game, a $195 annual fee that's waived for the first year is a heck of a lot easier to swallow than a $450 annual fee. The Premier Rewards Gold card also offers some great bonus spending opportunities, and even though getting maximum value out of the Membership Rewards program can be a bit complicated, it's still a great currency to have as you get started.

Both of these cards offer an intriguing value proposition for very different reasons. The American Express® Gold Card Card is a great option for everyday spending as a result of the bonus categories, while the Platinum Card from American Express carries a wealth of benefits that make it worth the annual fee. While there is some overlap (airline fee credits, redemption options), you can certainly make a case for carrying both, though be aware that you may not immediately get approved for both if you apply on the same day. Nevertheless, I hope this has given you some things to think about when it comes to deciding which of these cards should earn a spot in your wallet.

What are your thoughts on the Platinum vs. PRG Cards?