Shedding Some Light On The Midnight Sun

and are ticking off “bucket list” destinations quicker than they ever thought possible thanks to miles, points, and travel deals.  They have an intense love of this country, of its National Parks and treasures, and have no problem with a clean budget hotel room and an economy airline seat on a budget airline as long as it gets them where they want to be.  A photographer by trade, his adventures are usually captured not just in his mind, but in his camera.  He shares his thoughts and travels here from time to time, and I’m excited to share another one of their adventures.
Check out Part 1 of their retirement journey to Alaska, including the role miles and points played in the journey here.

Our first real buzz moment on the actual travel part of our Alaskan journey came when we saw all the Alaska Airline jets at the Seattle Airport. They sort of put our trip into focus and gave us a reality check that our adventure was really happening. We knew they flew routes to destinations other than to and from Alaska, but just their presence, their visibility, got us excited.

Alaska Airlines was, literally and figuratively, going to be our real connection, our actual connector, to the State of Alaska. It was to be our magical flying carpet to take us to Anchorage and from there on to the treasures awaiting us in The Last Frontier.

We got our wheels up at about 8:45 PM and darkness was already caressing the Seattle/Tacoma area.

A long day of flights and a series of connections had left us tired, and we quickly dozed off as the plane headed north. 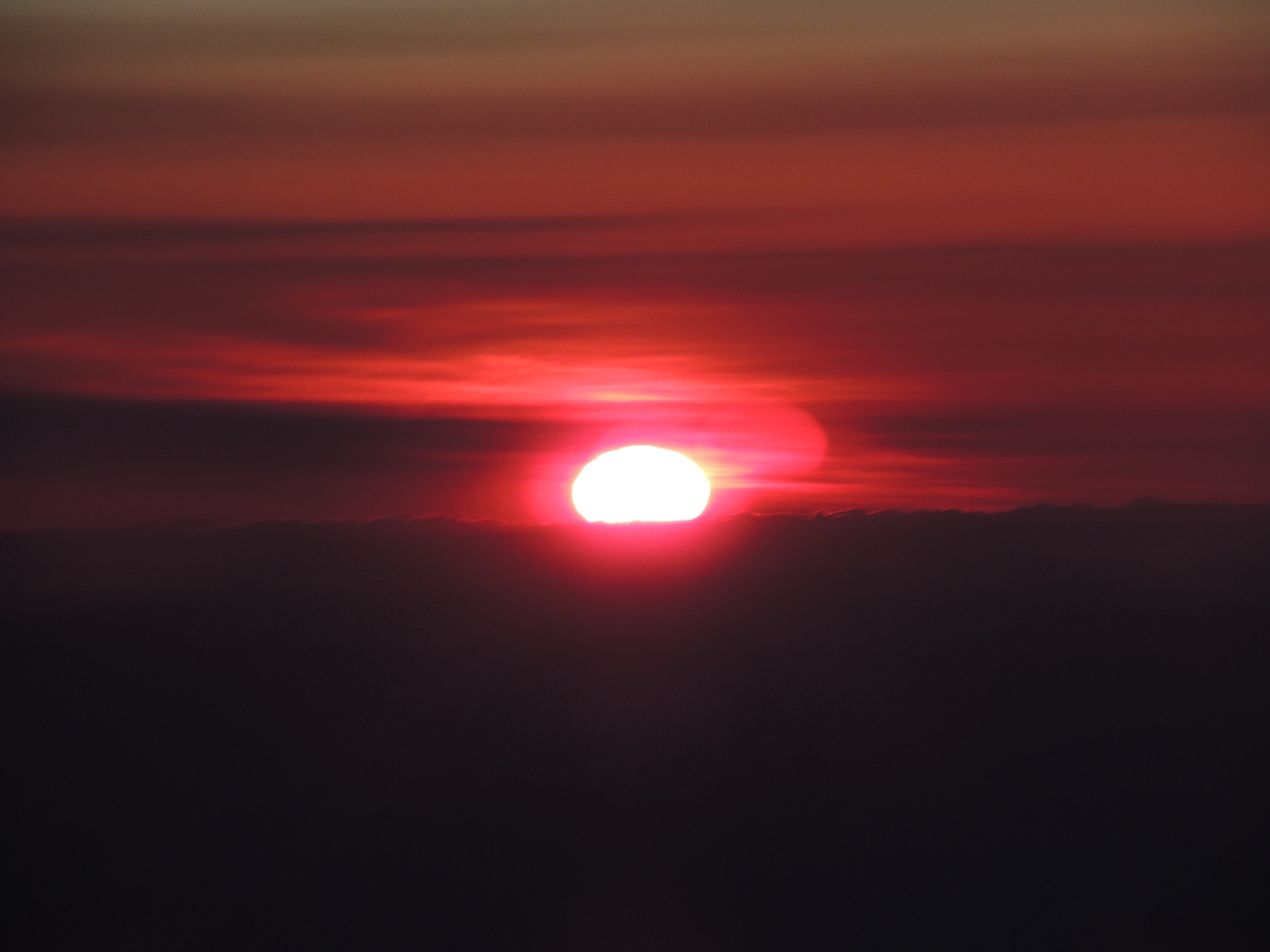 Our visible part of the planet was now awash in a pinkish/red-blue softness and we delighted in our view of the snow capped mountains through our natural rose colored glasses. 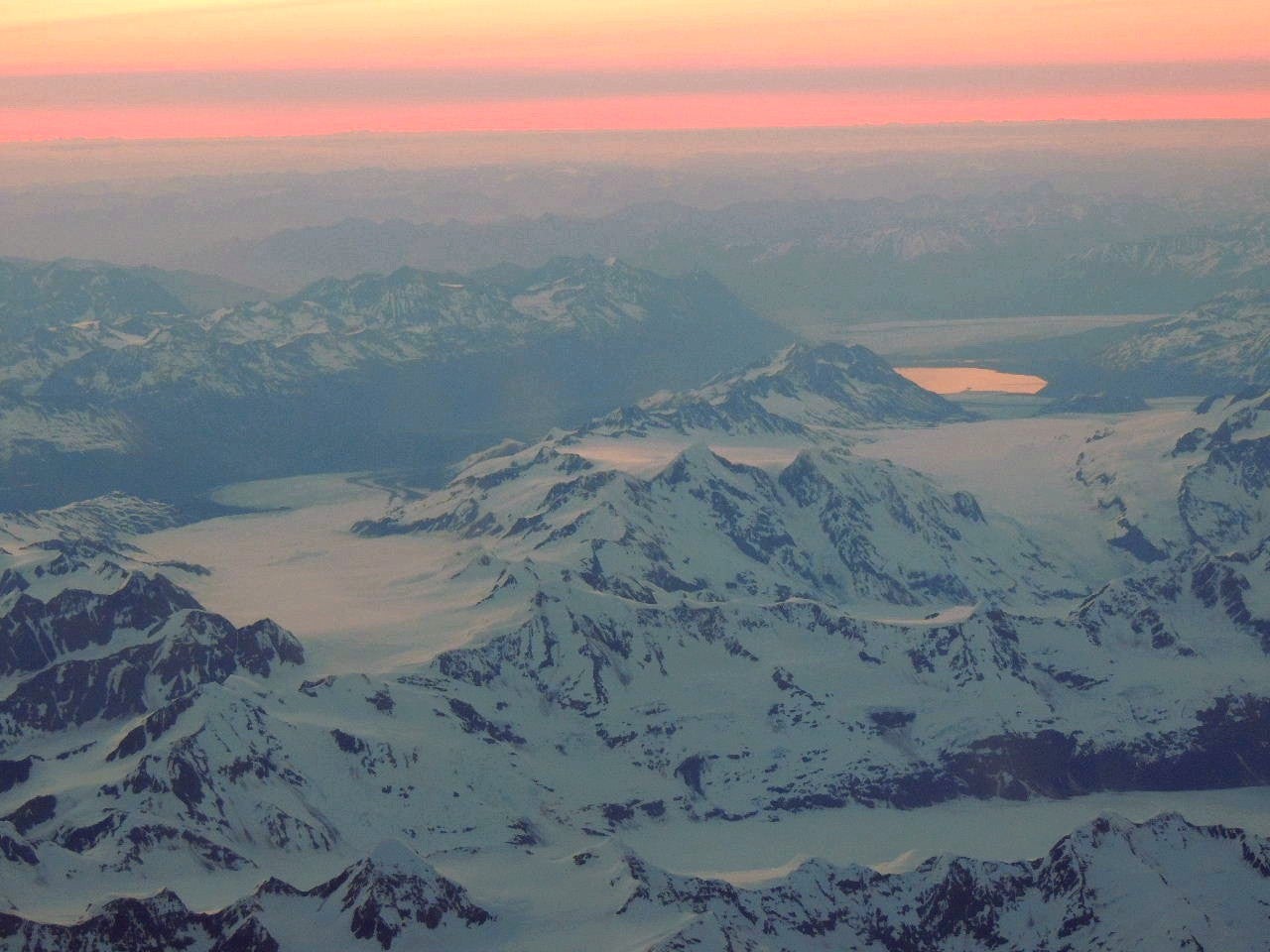 The further north we flew, the lighter it got. As we approached the Anchorage Airport, we could not see any runway lights. It was now just after midnight and we thought we were going to land with no runway lights. And, I swear to Captain “Sully”, we could have. The lights (solar lights ?) finally appeared and we followed them to a gentle landing on Alaskan soil.

The whole midnight sun thing was fun and perplexing. During our entire 11 day trip, we never did need our car headlights for visibility. It is a law in Alaska that you must drive with your headlights on, but I guess it serves more as a legislated reminder in the summer than a necessary precaution. Or, maybe they serve as a defense early warning system for the caribou and moose that tend to want to share the road.

In central and north Alaska, areas like Fairbanks, there are technically 90 straight days of daylight. This is because of the civil twilight definition that describes daylight as any time that the sun does not get lower than 6 degrees below the horizon. In simple terms, even when the sun sets, it does not get dark.

It is very odd for the sun to set? Toward the north and a short time later to rise? From the north. What planet are we on?

There is a legendary annual summer solstice baseball game played in Fairbanks featuring The Alaskan Goldpanners. The game starts at 10:30 PM and is played with no artificial field lights.

This year was the 110th edition of the game and the Goldpanners beat the Seattle Studs 7-4. I guess if it became a movie, it might be called FIELD of DAYDREAMS.

We were at times mentally confused and psychologically maladjusted by the midnight sun. This especially manifested itself at normal bedtime hours when your body said it was time to sleep but the ambient light suggested you needed to be doing something, seeing something. I was reminded of the famous line,”come on boys, we’re burning daylight” from the movie, The Cowboys, starring John Wayne. It just felt like we were wasting opportunities by going to bed when it was still bright outside.

Most lodges, cabins, motels and hotels have some sort of blackout curtain to provide a faux darkness (though this was not the experience that Mommy Points had the year before!). The effectiveness varied considerably. Some travelers benefit by having and wearing sleep masks. 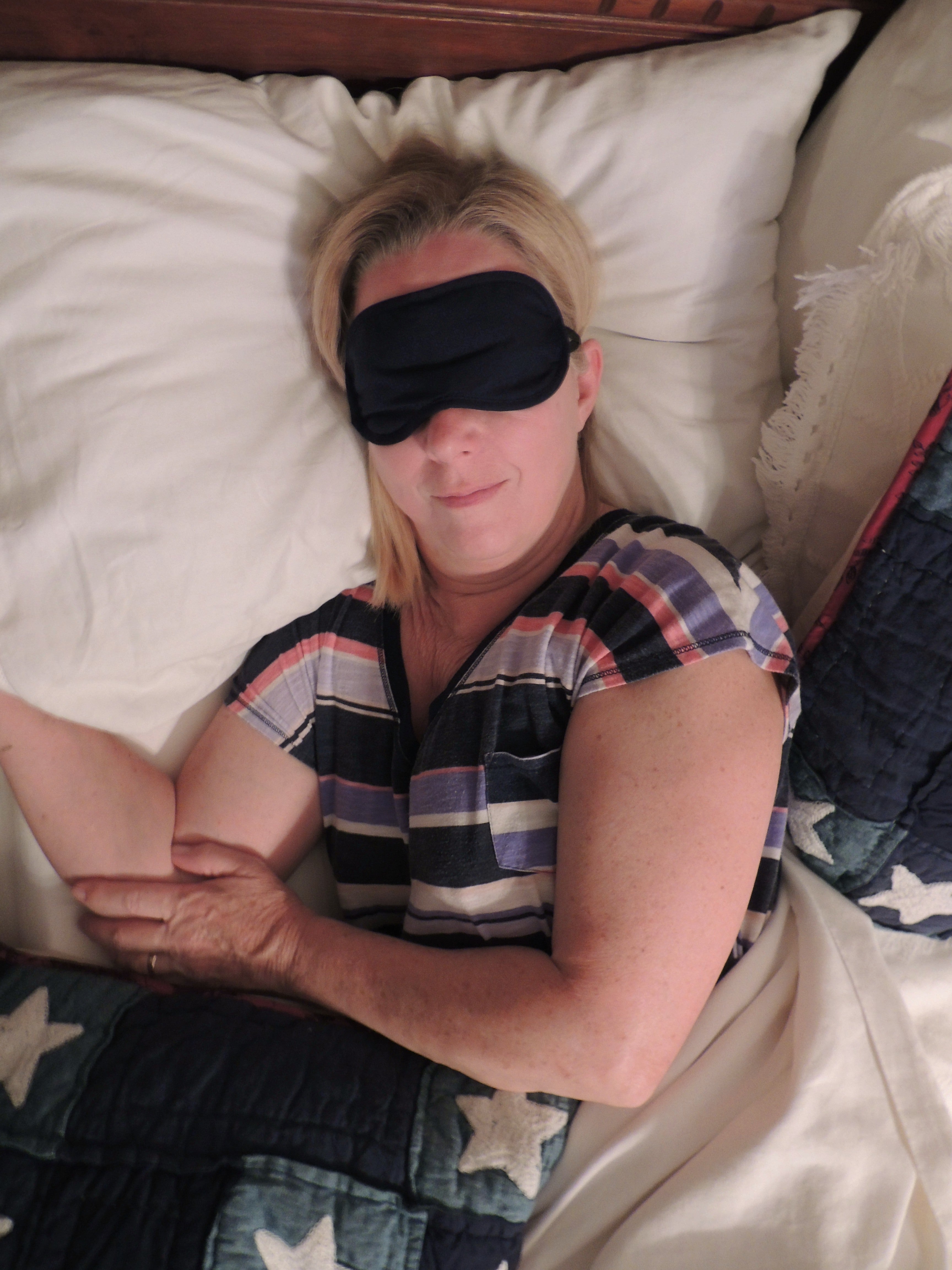 In retrospect, maybe the mask idea would have been fun. I can conjure up some interesting scenarios and fantasies with a masked blonde heroine sleeping next to me.

(SLAP, SLAP!  BACK TO THE STORY AND REALITY)

…..After reflection and a few Hail Marys,

I am convinced that the midnight sun is a good and practical occurrence. Alaska is so big that you need all those extra hours to really see it all. And, I think The State of Alaska has missed the perfect summer tourist advertising slogan,

COME TO ALASKA, WE WILL KEEP THE LIGHT ON FOR YOU. 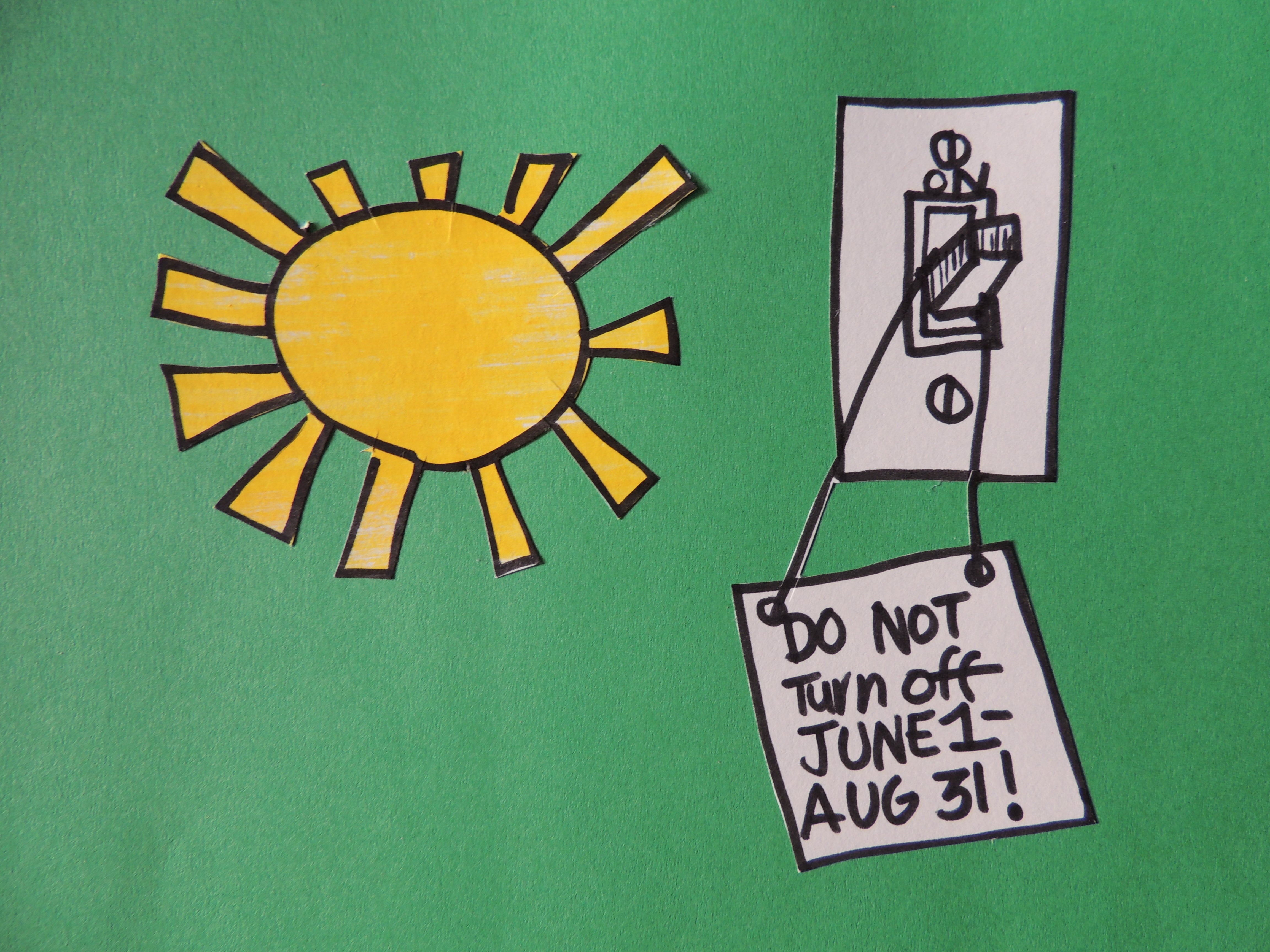 Summer Hull aka Mommy Points, ran the Mommy Points site for families who want to travel more for less using miles and points for seven years and now heads up TPG Family when she isn't exploring the world with her own two girls.
You might like
Newark’s planned runway work may impact your summer travel
News
4h ago
JetBlue’s giving away $17,000 of prizes for Earth Month — here’s how you can enter
News
4h ago
How I wasted $300 using the wrong card to pay my cell phone bill
News
5h ago
Chase Sapphire Preferred® Card