Articles
Summer Hull , aka Mommy Points, ran the Mommy Points site for families who want to travel more for less using miles and points for seven years. She now heads up a variety of special projects at TPG when she isn't exploring the world with her own two girls.
Follow
Aug. 22, 2015
•
9 min read 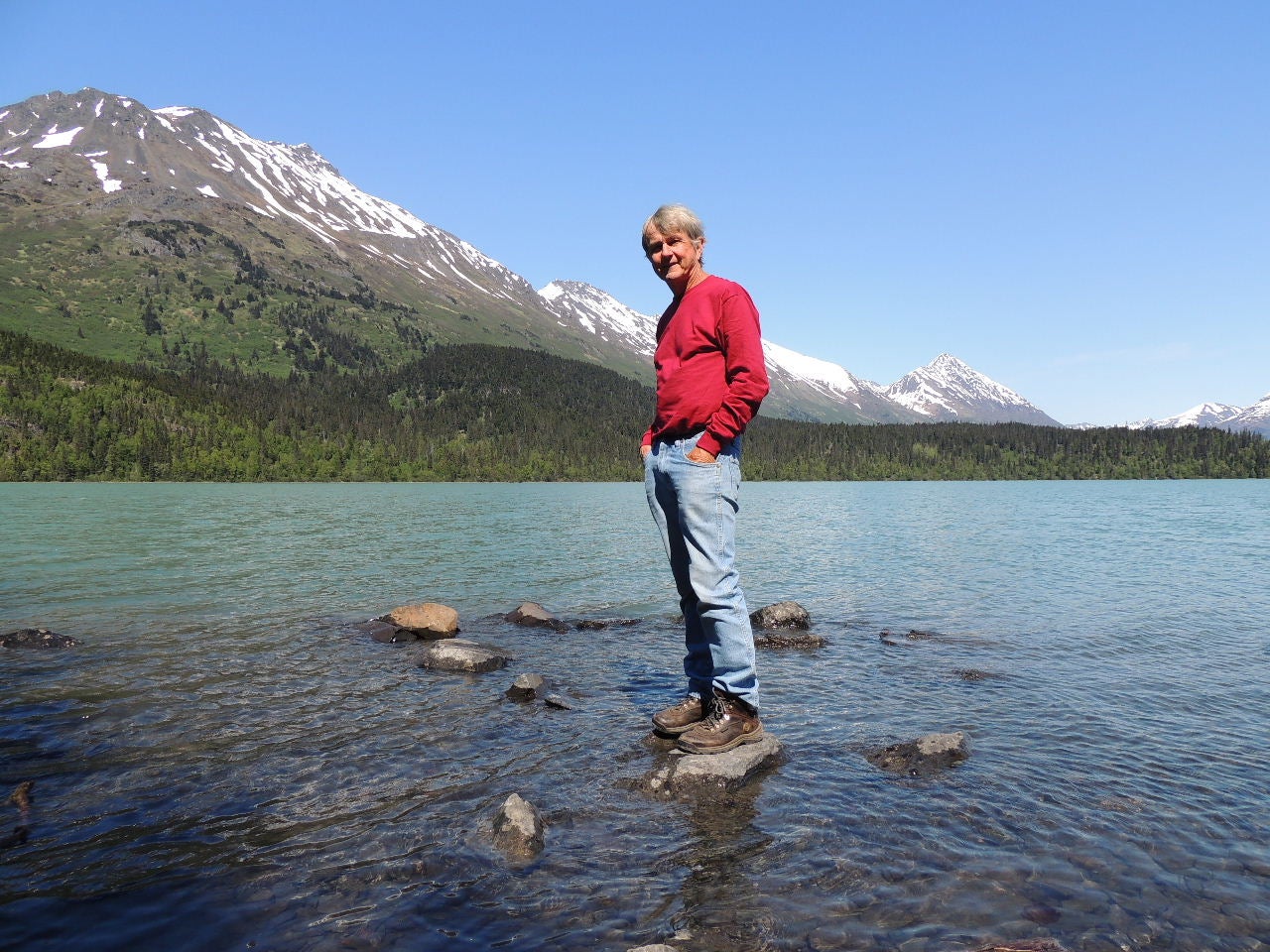 Alaska Glacier Cruises and More H2O 101
This post contains references to products from one or more of our advertisers. We may receive compensation when you click on links to those products. Terms apply to the offers listed on this page. For an explanation of our Advertising Policy, visit this page.

and are ticking off “bucket list” destinations quicker than they ever thought possible thanks to miles, points, and travel deals. They have an intense love of this country, of its National Parks and treasures, and have no problem with a clean budget hotel room and an economy airline seat on a budget airline as long as it gets them where they want to be. A photographer by trade, his adventures are usually captured not just in his mind, but in his camera. He shares his thoughts and travels here from time to time, and I’m excited to share another one of their adventures.
Check out Part 1 of their retirement journey to Alaska, including the role miles and points played in the journey here and Part 2 "Shedding Some Light on the Midnight Sun".
Suffice it to say, that if you make a trip to Alaska, part of the trip will involve doing something on, in, or around water. There is just a lot of water.

Judging by what source you use or what the measuring specifics are, there are somewhere between 6400 and eleventy bazillion miles of coastline in Alaska. I was confused by all the variables. Our trip, too, was touched and enhanced by Alaskan waters. We visited the coastal port cities of both Seward and Valdez. Valdez is far more isolated than Seward as it is not currently a cruise ship destination, and because of its sheer distance from a major airport or population center. You have to want to go to Valdez to go to Valdez. It is not on the way to anything else. But, the trip into Valdez from Glennallen was one of my favorite drives. Framing your view out the driver's side window are four giant sentries, Mts. Sanford, Drum, Wrangell and Blackburn.

These massive peaks range from 12,000 to 16,400 ft and protect your left flank all the way to Valdez. This enjoyable drive winds through magnificently beautiful forests and mountain valleys.

The mountain sides are a green to die for. They are like Ireland, four leaf clovers and The Masters green jacket combined.

And above the tree line, the snow and rocks team up to create intricate zebra like patterns.

As the drive nears Valdez, you pass by the roadside Worthington Glacier, zip over Thompson's Pass,

, jaw drop at the dramatic Bridal Veil and Horsetail waterfalls

and then descend through a chute of trees going steadily downhill to the sea. Can you tell I like this drive? And just as an aside, this area gets 50 feet of snow a year and the town itself 25 feet. Wow! and Brr!

Valdez exists because of the water. It lives and dies by the sea.

Valdez has an interesting history but most people know of it because of the '64 earthquake, the fact that it is the terminus and terminal for the Alaska Pipeline, and for being the locale of the Exxon/Valdez oil spill of 1989. Valdez was essentially the epicenter for the massive quake and the shaking, unstable ground and huge waves combined to decimate the city. Because of the quake, the original town site was condemned and the city moved about 4 miles further west. Valdez is a city of about 4,000 surrounded by endless beauty. It is a quaint town, almost quiet when we visited, that is famous for being a fishing mecca.

The harbor abounds with fishing vessels that provides both a significant commercial industry and a recreational boom. Tour boats also reside here to carry passengers to an up close and personal adventure into the Prince William Sound and this is what drew us to Valdez.

We chose Stan Stephens Tours for our 6-7 hour excursion to the Columbia Glacier. The tour cost $125.00 each and included a light lunch. Our conditions were ideal. Clear blue skies, warm temperatures and a boat at only 30% capacity greeted us as we set sail.

We were immediately welcomed by groups of sea otters, sea lions and seals.

They did not seem near as excited about our presence as we did theirs. Not once did we see a single one of them grab their seal phone to take a picture of us nor did we get a mention on their flipper feed. Maybe we should have checked their snapfish account. Anyway, it was a great intro to a GREAT DAY.

The scenery was legendary Alaskan and it was hard to not smile and be in awe.

Yes, there breaking the water for air were a couple of humpbacks about 75 yards out. There are several spotters/crew members on board to help look for such sightings. The tour operators want you to see them as it is good PR for business and makes for a happy boat. The boat personnel are very patient in their search and will let the boat idle and wait for the whales to resurface. We saw about 8 on our trip including a small pod of orcas. What a thrill!

As we neared the glacier, we became witness to another remarkable and call home about moment. We saw an eagle doing a 400 meter breaststroke while holding on to a weight.

The closer we got to our glacial goal the more glacial chunks we had to navigate through. We were such a small part of this vast icy liquid scene that it looked like, it felt like, we could have been characters in the movie HONEY I SHRUNK THE KIDS and we were adrift in a huge blue raspberry iced drink.

After slaloming through a few hundred glacial gates, we came to the Columbia Glacier.

It is a massive bluish/white fortress wall of frozenness that meets and becomes part of the sea.

Its sheer size is intimidating and then....there is THE SOUND. Out of the silence comes a decisive and distinctive CCCCUUUUUUHHHHHRRRRRRAAAAAAACCCCCCKKKKKKUUUUUUHHHHH !!

You don't know whether to duck, run away or to keep the camera churning to chronicle what could be your last few moments alive. THE SOUND seems like explosives are being set off in the glacier as if being mined. Shrapnel of icy shards and ice boulders as big as cars, as big as trucks, are ejected into the echoing air and belly flop into the waiting arms of the sea. Enormous and reverberating splashes generate 4 to 6 foot waves that radiate and stir the waters of the cove.

We sit in our rocking and rolling boat in stunned, but excited silence, as we anxiously watch and wait. Our concentrated stares are riveted on the wall of ice.

And then, the SOUND comes again. Small at first then crescendoing into a full symphonic roar.

And it does again and again. It is as though the glacier is making sacrifices to the sea or entertaining the crowd with an afternoon matinee. We watched for 30 minutes, or an hour. I'm not sure. We were hypnotized and time was irrelevant. We had front row seats in the orchestra section of one of the grandest of stages to a performance conducted and directed by the virtuoso herself, Mother Nature. The phenomenon we had been privileged to see is technically called "calving". Somehow this simple word was just not adequate enough to describe what we had seen.

The boat tour gets two Evinrudes up from us. It was better than we had hoped for and we had high hopes. We absolutely recommend this tour, or one similar, to all Alaskan visitors. It is that special and that beautiful.

We loved it. It was a living, breathing highlight reel and we had a flag waving, whale of a good time.