A Trip as a Light at the End of the Tunnel

When we had our first daughter 5 1/2 years ago our world flipped upside down somewhat unexpectedly.  In addition to the trial-by-fire welcome to parenthood initiation we had with her life flight and NICU stay, even after all of the dust settled, life was hard for months.  Much harder than we expected with a newborn, even though we certainly did expect it to have plenty of challenges and limited sleep.  Her fairly constant crying, and our feelings of helplessness, frustration, sadness, and exhaustion were tough.  It was tough being home by myself with her and the screaming for three months while on maternity leave from work, and it was hard for my husband to go to work and function on very limited sleep knowing he was coming home to the ‘Casa de Crying’ in the evenings.

One thing we had going for us while going through this with Little C was a planned trip.  We were going to a friend’s wedding in Puerto Rico when she was about five months old without her.  This was planned before she was born, and looking forward to three nights of quiet truly helped served as a light at the end of the tunnel.  I didn’t really care about the beach, pool, food, hotel, casino, or anything else that we would experience on that trip nearly as much as I just looked forward to rest and quiet.  I’m sure we would have all survived without having that to look forward to, but having that specific date to focus on when we thought the nights would never end really did serve as an unexpected life preserver when we felt like we were drowning.

While life obviously got much better and C went on to be a happy kid, those early months were so tough on us that we vowed to be “one and done” for a few years, and only after there were many years between those long days and nights and us did we consider having another child and potentially going through that again.  I never forgot how it was in those early months, I just internalized and accepted that it truly was temporary.

We were very excited when we made the decision to have a second kid and learned that she was on her way, but the fear of returning to the nights of screaming remained with me the whole time.  I didn’t really complain once about being nine months pregnant and swollen in the July Texas heat because I knew what was to come could be so much harder than just being physically uncomfortable while pregnant.  I didn’t care when I went over my due date because maybe that meant a stronger and happier baby when she came out.  I vowed to try and have her med-free since I didn’t want to potentially do anything to cause any additional issues for her.  While I tried to maintain positivity during my pregnancy, I was scared $#@&less about going through those isolating, frustrating, and exhaustion weeks and months that caring for a newborn can bring.

Then she was born (very much not naturally), and she was beautiful and wonderful and thankfully at least mostly healthy.  When she started spitting up within the first few hours I felt my heart drop a bit.  I had flashbacks to all that transpired with C leading to the life flight at four days old.  Luckily her spit-up didn’t spiral into a seemingly out-of-control medical emergency, but we have progressed to a similar situation I wasn’t looking forward to revisiting.

Six weeks in and we again find ourselves needing a life preserver.  We’ve hit a wall of sorts – even with all the help we’ve graciously gotten from family, friends, etc.  While Baby S isn’t exactly the same as C was, but there are strong parallels.  Namely, there is a whole bunch of fussing/crying if you can’t hold, bounce, and shush her (usually at the same time) around the clock.  There’s a “funny” YouTube video we should make showing how fast she wakes up and cries when you lay her down and how that stops when you pick her back up.  It sounds like an exaggeration to say a six week old can go days without more than a catnap during the day and still not sleep much at night, but it’s swear-on-my-stack-of-miles legit.  Of course then there’s still the five year old to take care of and all of life’s other normal tasks to complete…

Despite how it probably sounds, this isn’t a woe-is-me post.  I know we are very lucky to have two children who other than some reflux/colic type issues are mostly healthy, and hopefully one day happy and smiley.  But, you guys, this phase is hard.  It’s as hard as I feared it would be, but hoped against hope that it wouldn’t be.

One thing we don’t have yet on this go-round is a fixed point in time when we know we can get away to re-center and enjoy being with each other without the topic of conversation centering around “now your turn to try holding and shushing her”.  We do have family trips scheduled starting in a slightly terrifying couple of weeks, but so far we plan on bringing our wee one on all of those trips – largely because I am nursing her and that is the only feasible solution.

I don’t want to change my goals of nursing her as long as we can just because we need a break to getaway, but I do find myself yearning for that fixed point in time that we can exhale together for a few days…preferably somewhere with a nice beach and a cool drink.  We’ll see what the future brings, and I know it will all get easier, but right now we’re just treading water and trying to brainstorm up a life preserver while trying to savor the sweet moments that do happen in the middle of the chaos. 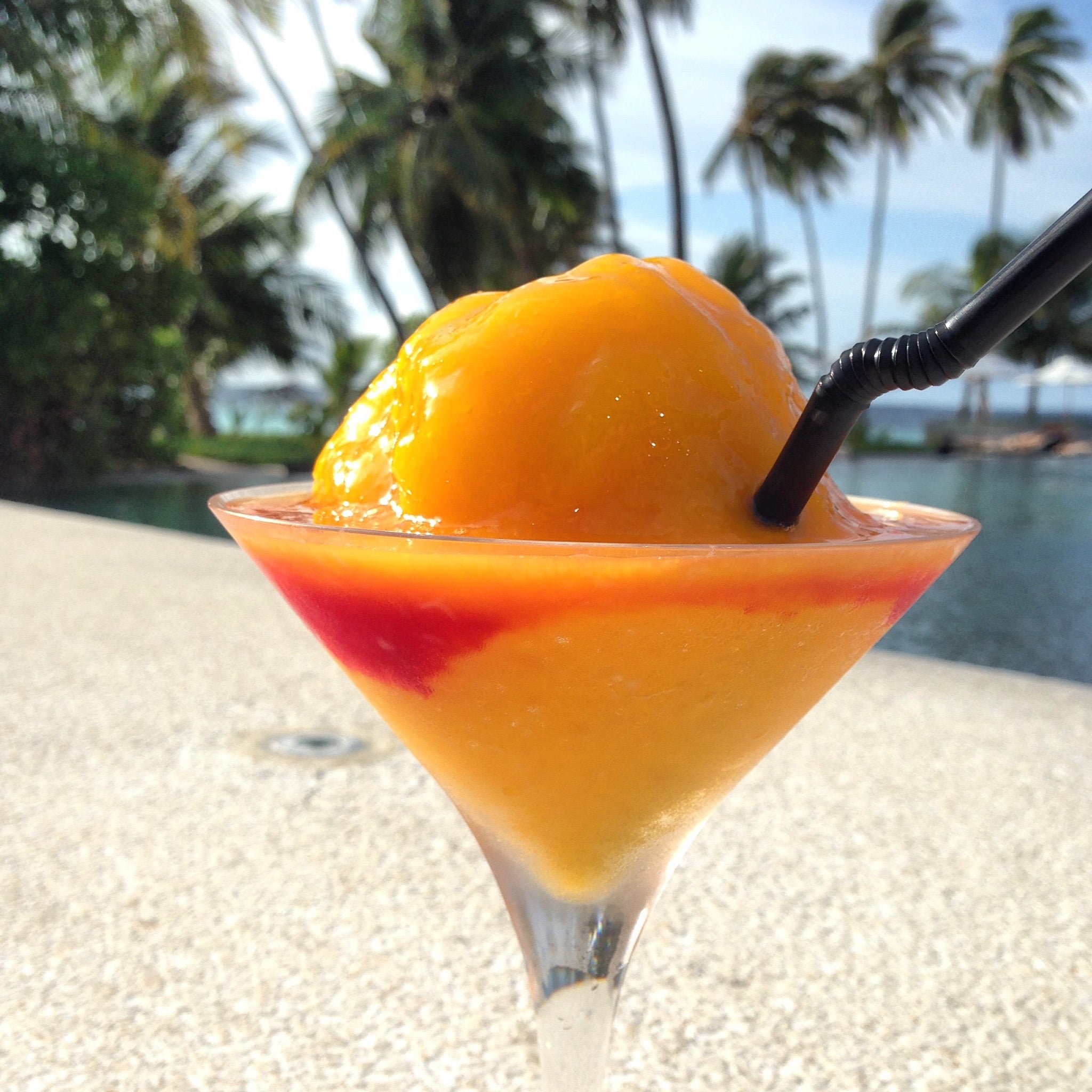 Summer Hull aka Mommy Points, ran the Mommy Points site for families who want to travel more for less using miles and points for seven years and now heads up TPG Family when she isn't exploring the world with her own two girls.
You might like
New all-inclusive Hyatt Ziva Riviera Cancun coming in 2021
News
7h ago
Most of the world’s countries will be added to State Department’s ‘do not travel’ advisory
News
8h ago
In-flight service is resuming — here’s what food and drinks you can expect on your next flight
News
9h ago
Chase Sapphire Preferred® Card