Taking the Train in Spain: Madrid to Barcelona

Articles
Summer Hull , aka Mommy Points, ran the Mommy Points site for families who want to travel more for less using miles and points for seven years. She now heads up a variety of special projects at TPG when she isn't exploring the world with her own two girls.
Follow
July 11, 2015
•
7 min read 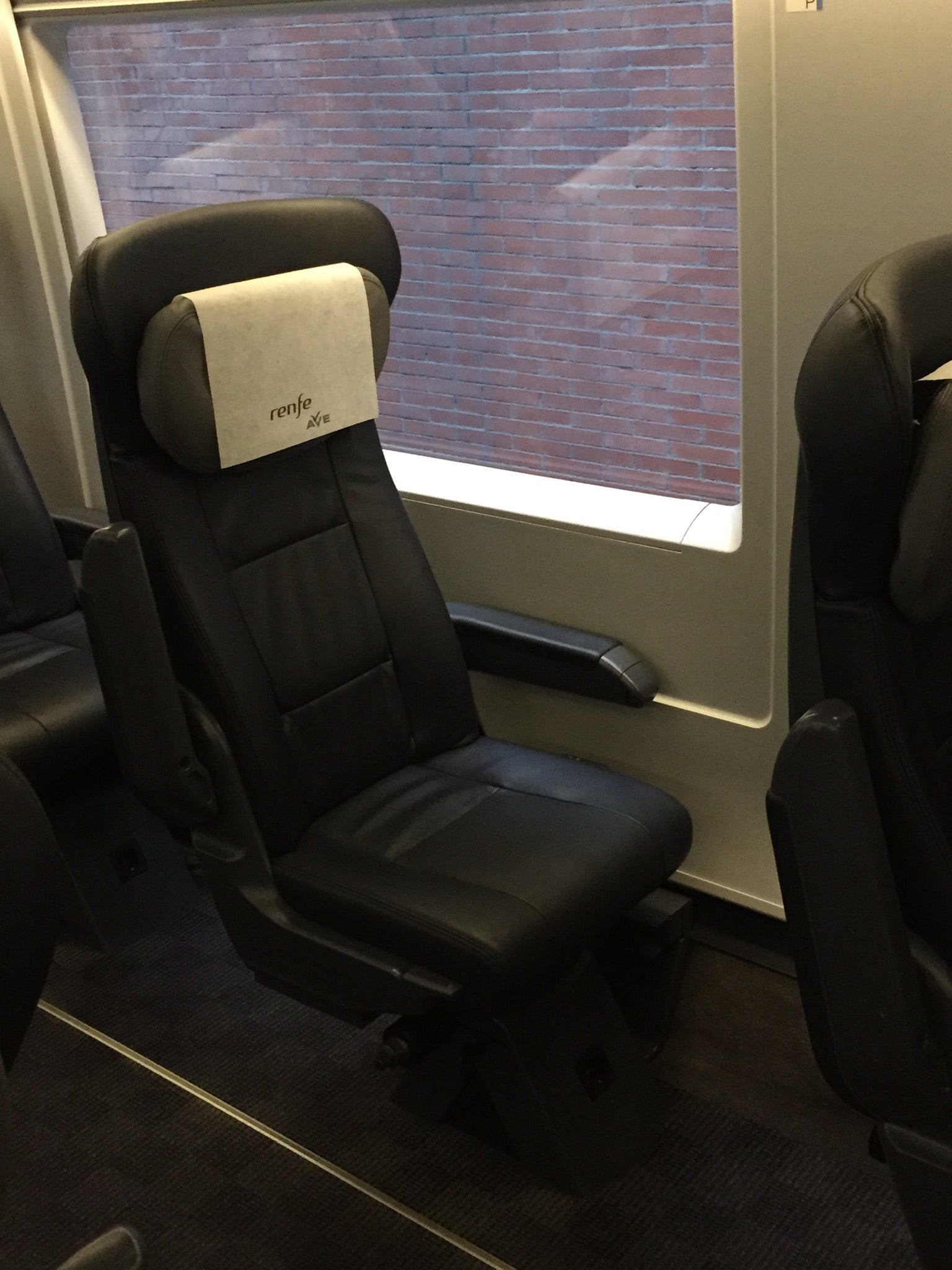 Taking the Train in Spain: Madrid to Barcelona
This post contains references to products from one or more of our advertisers. We may receive compensation when you click on links to those products. Terms apply to the offers listed on this page. For an explanation of our Advertising Policy, visit this page.

During our recent trip to Spain we knew we wanted to see more than one city, but we didn't have the luxury of time to see much more than that. After some thought we decided on the two iconic cities of Madrid and Barcelona. We booked flights into Madrid, and via an open-jaw, out of Barcelona back to the United States. If you are going to explore different cities on your travel I recommend trying to fly into one city and out of another in a similar fashion so you don't waste time or money backtracking.

Our first few days of our trip were spent in Madrid using points to stay at both the Westin Palace Madrid and the Radisson Blu Madrid Prado (see linked reviews). We found Madrid to have lots of activities that appealed to travelers of all ages, but we focused on these family friendly activities in Madrid.

How to Get from Madrid to Barcelona:

Deciding how to get from Madrid to Barcelona, or really between many European cities, is a little tricky simply because there are multiple options to consider. We could have flown on a roughly one-hour nonstop flight operated by Vueling or similar for around $60, but we decided the hassle of getting out to the airport(s), getting through security, dealing with bag fees etc wasn't the best option.

Instead, we decided to take the roughly 2 1/2 hour high speed AVE train ride that would depart from the hearts' of the respective cities and avoid the hassles of security, cramped seats, etc. Not only did it sound like a logistically simpler solution, but train rides are more of a novelty for us at this point than plane ride, so it sounded kind of exciting.

From a price perspective it wasn't necessarily cheaper to take the train than to fly, and in our case was probably a few dollars more for the tickets since we decided on Turista Plus seats instead of the cheapest available seats. However, after completing the journey I have no doubt we made the right decision to take the train instead of fly between Madrid and Barcelona.

Once we decided we were going to be taking the train between Madrid and Barcelona we had to figure out how to buy tickets online. The first basic online search I did took me to a website where tickets were over $100 each for economy seats, and that didn't sound right to me, so thankfully I kept searching.

Turns out lots of the sites you may find at the top of your search are ones that are only selling full fare tickets, which of course are going to be much more expensive - though their websites may be easier for English speakers to navigate. Once we finally made our way directly to the RENFE website we found many more ticket options at much lower prices. The trade off was that the website wasn't the easiest to navigate for those not familiar with all the seating options and sprinkled in Spanish.

If you are going to be booking a similar trip, the best resource I found in breaking down the RENFE website and train options was actually this post on The Points Guy's website written by someone who lives in Spain. I won't rehash everything in that post here since it does a great job on its own, but I will say that I agree you absolutely need some basic Spanish skills or at the very least feel really comfortable using an online translation service, because the RENFE site is a little clunky and will switch from English to Spanish in some areas. You also don't want to wait until the last minute to buy your tickets as your ticketing options will be more limited and the prices will be higher.

For our journey, we opted for Turista Plus Promo Plus tickets - what that means is that we had a little extra legroom over Tourist class, there are three seats across instead of four, and we had assigned seats. It was not as fancy as the First Class (Club) or Business Class (Preferente) seats would have been, but it was plenty nice for us. The Promo Plus part means that it wasn't the most restrictive/cheapest tickets (those were sold out), but any changes or cancellations would have resulted in some fees.

I had read that the RENFE website didn't work well with many US credit cards, and indeed that was the case when I tried to initially pay for our tickets. However, the PayPal option worked just fine and all-in our train tickets were 55€ each, and thankfully we didn't need to make any changes or cancellations.

Remember to use a card with no foreign transaction fee like the Chase Sapphire Preferred Card to buy train tickets such as these since it gives bonus points on travel charges and won't cost you extra just because the charge is in euros.

Getting to the Madrid Train Station:

On our fourth morning in Madrid it was time to wake-up early and head to the train station to catch our ride to Barcelona. We had booked an earlier departure both because of the cheaper price, but also so we didn't waste a day in transit since we only had a couple of days in Barcelona. The Madrid-Puerta De Atocha train station was actually very close to our hotel, the Westin Palace Madrid, and was probably no more than a five minute cab ride.

The station was large, bright, and pretty well organized even for train novices like us. There was some basic baggage screening to go through before getting to the train tracks, but that didn't take more than about 5-10 minutes on our morning visit.

I do remember us being a bit confused on where to wait and when to board the train. We had some time to kill before boarding that we spent getting snacks from the shops, and then maybe 20-30 minutes or so before departure there started to be some activity for our actual train. Eventually an announcement was made, and everyone filed out a door toward the tracks.

We weren't entirely sure we were headed the right way until our tickets were checked and then we saw the departure sign below which eased the remaining doubt we had.

Our next job was to try and figure out which part of the train to board. Our tickets said Coche 2, so we assumed that meant the second car of the train, and indeed that seemed to be the case. We had assigned seats, so we quickly got comfortable in seats 8A, B, and C.

Enjoying the High Speed Train from Madrid to Barcelona:

The train departed right on time and was a very smooth and fast ride. The trains reportedly go up to 310 km/hour, and it was really fun to see the countryside between the two cities. It was equally as fun to then get a little bit of rest as the train flew along the tracks!

We had more space and were more comfortable than we would have been on a flight between the two cities.

Upon arriving at the train station in Barcelona after our smooth train ride we were able to easily catch a cab to take us to our final hotel of the trip, the Le Méridien Barcelona.

We very much enjoyed this easy way to get from Madrid to Barcelona and stay tuned for details on our time in Barcelona as we found the city to be very different from the Madrid we had just left!

Have you taken the trains in Spain? What was your experience?