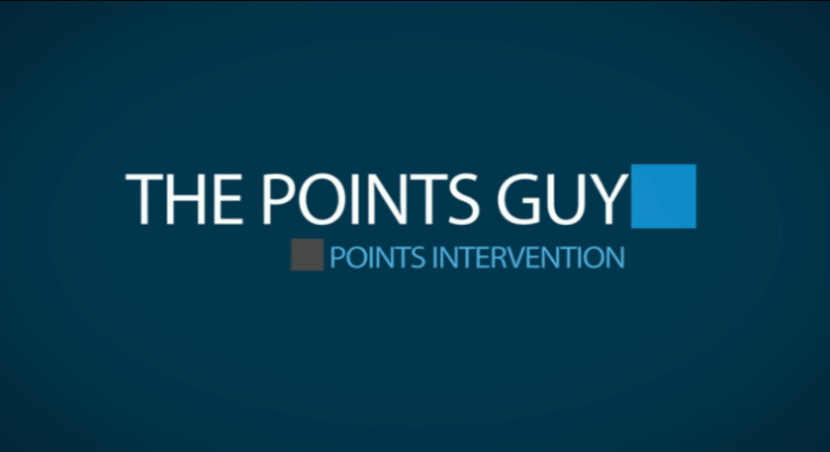 Small Business Owners: Make Credit Card Spending Work for You
This post contains references to products from one or more of our advertisers. We may receive compensation when you click on links to those products. Terms apply to the offers listed on this page. For an explanation of our Advertising Policy, visit this page.

In Points Intervention, I help people get their awards earning on track. In the episodes below, I worked with a New York City restaurant owner, helping him to maximize points and miles to get the best return for his business.

My second Points Intervention was with Christophe Carón, owner and manager of Délice and Sarrasin, an authentic French crêperie in New York City's West Village. The cafe, where Christophe’s mother is the chef, has been open for four months, and he is curious to see if he should switch credit cards to maximize the business’s future spending.

Christophe uses a Delta Platinum Card from American Express. Yes, the increasingly devalued Delta, because of its partnership with Air France.

After chiding him for his airline choice, we also got into the thorny world of foreign transaction fees. Christophe imports many of the cafe's ingredients directly from France every month, which can be brutal on the bottom line when foreign transaction fees are factored in. So in addition to trying to get him to jump the Delta ship, I'm challenged with finding him a good credit card for foreign purchases.

In this episode, I made two card recommendations for Christophe based on how he runs his business, and his three goals: he wants travel perks, he's looking to avoid foreign transaction fees and he wants to add additional employees to whichever card he chooses.

If Christophe wants to stick with Delta, The Business Platinum Card from American Express OPEN currently offers 40,000 points after $5,000 spent within three months and features plenty of benefits, from lounge access at airports he uses often to perks at luxury hotels. If Christophe learns how to leverage these advantages, the Business Platinum card might make sense — but it costs $300 for each additional card holder, which can add up.

So my top recommendation for him was actually a cash-back credit card; Capital One has a Spark Cash for Business Card that gives you a cash bonus of $500 after $4,500 spent in the first three months just for signing up and meeting a minimum spend requirement — and additional cardholders are free.

Also, for every dollar you spend you get 2% back, which means that in addition to Christophe avoiding foreign transaction fees and adding cardholders with no additional annual fee, he can actually make the card work for him based on his spending.

For my final episode with Christophe, we talked about paying bills online via credit card. Christophe mentioned that if he doesn't pay certain vendors using Automated Clearing House (ACH), they charge him a fee.

So once again, it looks like the Capital One Spark Cash for Business is the winner in Christophe's case — and probably in the case of many other small business owners, too. With the 2% cash back on his spending, it would at the very least cover the fee, and anything else on top of that is gravy.

Do you or your small business need a Points Intervention? Be sure to email intervention@thepointsguy.com to share your detailed story.