How to Fly with a Friend Using Credit Card Companion Tickets 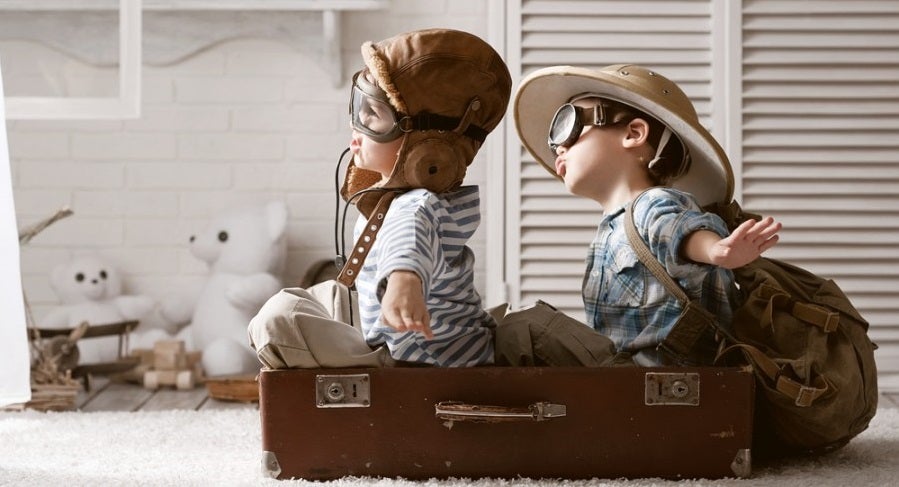 How to Fly with a Friend Using Credit Card Companion Tickets
This post contains references to products from one or more of our advertisers. We may receive compensation when you click on links to those products. Terms apply to the offers listed on this page. For an explanation of our Advertising Policy, visit this page.

I think many readers will agree that traveling is more fun when someone else is along for the ride. Today, TPG Senior Points & Miles Correspondent Jason Steele looks at some options for bringing a fellow traveler on your next trip at a steep discount.

The next best thing to traveling on an award ticket might be getting to bring a companion along on a paid flight, either for just the price of taxes or at a relatively low cost. Many credit cards feature companion certificates, but these offers seem to come and go quite frequently. So today I want to take a fresh look at the rapidly changing landscape of credit card companion tickets to see which ones offer you the best value.

The terms "companion ticket" and "companion pass" are used by many airlines and credit card issuers, but the meaning can vary dramatically. On one hand you have highly restricted companion tickets that require a co-payment of $100 or more (like the one offered by Bank of America on its Alaska Airlines cards). On the other hand you have the sensational Southwest Airlines Companion Pass, which is a virtually unrestricted 2-for-1 ticket that you can use as often as you want, even on award redemptions. Most companion ticket offers fall in the middle, though, so you have to pay close attention to the restrictions and costs imposed.

Check out the list of current companion ticket offers below, and see which ones can help you maximize your travel.

The Alaska Airlines Visa Signature credit card (as well as the Platinum Plus Mastercard and Visa Business Card) all offer a discount code that lets cardholders buy a companion ticket in economy class on Alaska Airlines for $121 ($99, plus taxes and fees starting at $22). When you apply for the Visa Signature card, you may be approved for the Platinum Plus version, which has slightly different rates, fees and sign-up bonuses.

This companion pass offer is only valid on paid fares for flights operated by Alaska Airlines, but both travelers earn miles. The annual fee is $75 for Visa Signature accounts, $50 for Platinum Plus accounts and varies for business cardholders.

This card comes with a highly restricted companion ticket offer that is largely unusable. To utilize it, you must purchase a full-fare business or first-class ticket through American Express Travel on an eligible carrier. You must then pay all taxes, government fees, fuel surcharges and a $39 service fee.

Paying for both a full-fare ticket and potentially incurring up to $2,500 in fuel surcharges is hard to swallow; most people find that they can simply purchase two discounted business-class tickets for the same price or less. The best-case scenario is when a full-fare business or first-class ticket is paid for by a client or employer (we should all be so lucky); the cardholder can then purchase a companion ticket at a significant discount. This might also be a way to enjoy two fully refundable tickets for the equivalent cost of two restricted tickets. For more info, read TPG’s post on how to best use the Amex Platinum Companion Ticket Benefit. The Amex Platinum has an annual fee of $550 (See Rates & Fees).

This card still offers a Travel Together certificate to cardholders who spend $30,000 on their card within a calendar year, and TPG was able to get good value out of it on a flight to Paris earlier this year. However, its value is now greatly diminished due to the relentless devaluation of both the Avios program and the branded credit card. Nevertheless, I found that this offer may still have some value, especially for those trying to use their remaining points after the devaluation, as the prices only go up by 25% for off-peak dates.

Once earned, cardholders can redeem the certificate online for a companion ticket on award flights operated by British Airways in any class of service. The second seat must be available as an award, and the companion must pay all taxes and government fees, as well as the massive fuel surcharges imposed by British Airways. Because of those extra charges, you should never use the Travel Together certificate for coach fares, as you'll only find real value with business or first-class awards. The annual fee for this card is $95.

In the topsy-turvy world of the SkyMiles program, one of the few constants has been the value of the companion tickets offered by the Amex Delta cards. The Platinum SkyMiles card issues a companion ticket each year upon a cardholder's account anniversary, and it's valid for a single companion in economy class on a paid ticket within the 48 contiguous United States. Thankfully, this certificate is valid on nearly all economy fare classes (other than some negotiated bulk fares), and it covers the entire companion fare apart from taxes and government fees.

There's also a limited-time offer for the Platinum Delta SkyMiles card, where you can earn 70,000 bonus miles (plus 10,000 Medallion® Qualification Miles) after spending $3,000 in the first three months, plus a $100 statement credit after making a Delta purchase in the first three months. Foreign transaction fees are waived, but you will need to pay a $195 annual fee.

The companion ticket on the Reserve card is like the one on the Platinum card, but it can be used for first-class tickets in addition to economy tickets. However, many readers have reported difficulty redeeming in premium classes, as qualifying tickets can end up being much more expensive, which wipes out any potential savings. If you've had a similar experience, please share it in the comments below.

New cardholders earn 10,000 Medallion Qualification Miles and 40,000 bonus miles after spending $3,000 within the first three months. There is a $450 annual fee for this card (See Rates & Fees), which also includes SkyClub membership.

This card is no longer offered to new applicants, but existing cardholders still receive a companion certificate valid for up to two additional guests on paid tickets with a minimum fare of $250. Each companion costs $99 plus taxes and government fees, and can only be used for economy fares within the 48 contiguous United States and Canada, and only on flights operated by US Airways. Furthermore, there are advance fare requirements and blackout dates, but you can still get great value out of it in the right circumstances. There is an $89 annual fee for this card.

Existing US Airways Premier cardholders are eligible to receive this card, which offers an American Airlines Companion Certificate to those who spend $30,000 in a card membership year. As with the US Airways card, you still have to pay $99 plus taxes and fees, and it's only valid for coach fares in the 48 contiguous states and Canada (residents of Alaska and Hawaii can use it to fly to the lower 48 and Canada).

This card (as well as the standard version) offers an economy-class companion ticket after your first use of the credit card, and another each year on your account anniversary. This offer is only valid on paid economy-class tickets in H class or higher, which will cost more than the lowest fare. There is a $79 annual fee for the Premier card, and $59 for the standard version.

The most restrictive "companion tickets" are for these two Virgin America cards, which offer a $150 companion ticket discount each year. This is merely a fixed-value coupon for $150 off rather than a true companion ticket. To make it worse, it's only valid on full-fare, round-trip tickets booked at least 14 days in advance, and I think they make you say "pretty please" before they accept it. These cards have annual fees of $49 and $149, respectively.

The Southwest Companion Pass is the champion of travel rewards, and while it isn’t actually a benefit of the Southwest Rapid Rewards credit cards, it's a lot easier to earn when you use them.

With the Southwest Companion Pass, you designate a companion who can travel with you on any paid or award ticket for just the price of taxes and government fees. Your companion must be on your same itinerary (they can't fly without you). The pass is good for the remainder of the calendar year in which you earn it, plus the entire following year. If you time it right, you can have almost two years of companion travel, which can pay off handsomely depending on how often you fly.

Chase offers three Rapid Rewards credit cards: a personal version of the Plus card, and both business and personal versions of the Premier card, the consumer cards are now offering 50,000 bonus points to new applicants who spend $2,000 within three months of account opening. Although it's not a published benefit, points earned from the sign-up bonuses and spending on these cards have always counted toward the 110,000 points you need to earn in a calendar year in order to achieve Companion Pass status. That means signing up for two of these cards and earning the bonuses can get you almost 95% of the way there.

What experiences have you had using these companion tickets? Please share your thoughts in the comments below.