Toddler Removed from Flight for Throwing a Tantrum?

Articles
Summer Hull , aka Mommy Points, ran the Mommy Points site for families who want to travel more for less using miles and points for seven years. She now heads up a variety of special projects at TPG when she isn't exploring the world with her own two girls.
Follow
May 28, 2015
•
5 min read 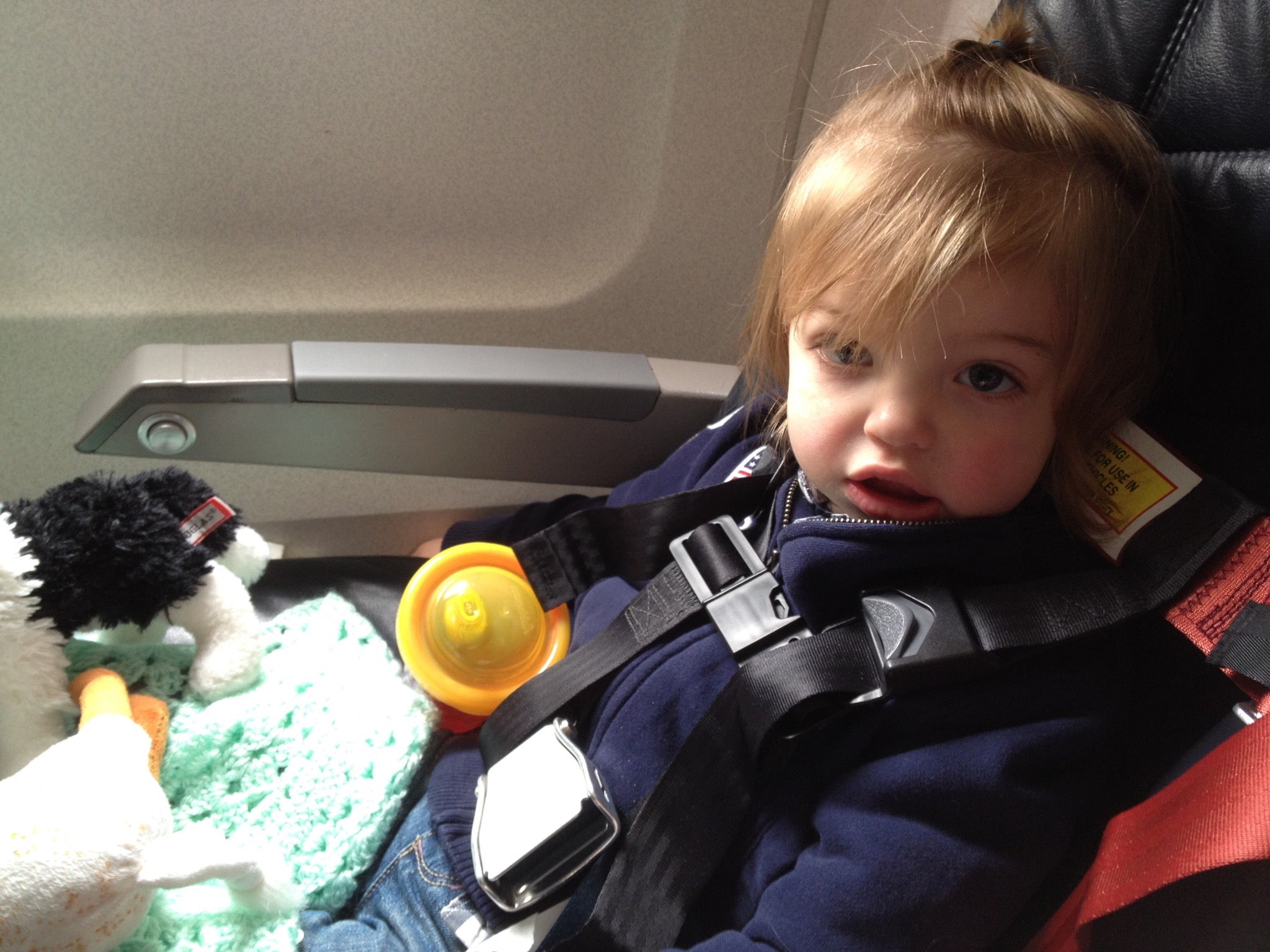 Toddler Removed from Flight for Throwing a Tantrum?
This post contains references to products from one or more of our advertisers. We may receive compensation when you click on links to those products. Terms apply to the offers listed on this page. For an explanation of our Advertising Policy, visit this page.

Is it just me or does United seem to end up in the media with some regularity over issues related to "kicking families off the plane" or similar? Maybe I just key into those stories more since I fly United most frequently, but I just don't seem to hear stories with the same frequency about the other airlines. Anyway, it's another day and there is another story about United (well to be more specific, a Skywest operated flight) kicking a mom and one-year-old off a plane for crying, or unruly behavior, or being in the aisle, or being a threat...depending on which version you believe.

If you want to catch up, here is a story about the event as well as a video from the mom (a singer) chatting with TMZ about what happened. You never know how events actually went down, but she seems like a calm and pretty sane person to me.

Here are some things that seem to be facts:

The flight was scheduled to fly from San Francisco to Vancouver and the mom was seated in a window seat with her 23-month-old as a "lap baby". Before departure the child was crying very loudly and squirming, even according to the mom, and there were instructions from the flight attendant for the mom to calm the child down. When this didn't happen in a timely enough fashion the plane returned to the gate and the mom and child were removed, despite the child being asleep by this point.

What is very much disputed is whether the child was in the aisle or not before departure. The mom said that he was not, and could not have been, given that they were the window seat and someone else was seated next to them in the aisle seat. I wonder whether the child was perhaps not staying still in the mom's lap and trying to (or succeeding) in getting down in the space in front of her seat as opposed to the aisle. This isn't an issue of the child not staying in the seat belt as he wouldn't have had one as a lap child. Either way, this sounds like a full-on temper tantrum the child was throwing, likely because they were too tired (since he passed out maybe 7-9 minutes later).

Okay, so way unfortunate that the almost-two-year old had a full-on meltdown at a very bad time. However, anyone who knows anything about toddlers knows that no matter how good a parent you are, epic meltdowns just happen sometimes. It wasn't super common with our own kid, but it did happen occasionally and it isn't pretty, it isn't fun, but sometimes it is just unavoidable. Toddlers occasionally lose their ^$%# and they aren't yet old enough to really be able to reason with effectively at that point. Luckily, as it happened in this case, that level of insanity is usually short lived and hopefully followed up with a well deserved rest for everyone. The stress and weird schedules associated with traveling can make it more likely that a toddler will be off their normal routine and more apt to get too tired and act a little wonky.

So, what should happen when a one or two year old acts like a crazy psychotic monkey on a plane? Well, my very best advice is to try and ward off this issue in the first place. To do so, I'm going to strongly recommend that an almost two year old has their own seat. I know lap infants are a hot topic, and I'm probably going to fly my second child as a lap infant some in their first year for a number of reasons. Yes, I know there are some slight safety trade-offs, but to avoid sounding like a hypocrite I'm not standing on a soap box saying your a bad parent if you don't pay the extra cash or miles to book your brand new baby a seat when you are likely going to be holding/nursing them anyway.

However, by 23 months old you and your child will almost certainly be better off if they are strapped in a car seat or CARES Harness in their own seat. No matter how loud they cry, they probably cannot escape a car seat at that age. If they can't escape their seat the airline can't very easily say they are a disruptive danger (to anything other than ear drums). Here is my own toddler flying in both a CARES Harness and her own car seat.

That being said, if there is a situation like this one what should happen? I understand the flight crew can't have a kid flailing in the aisles or whatnot at take-off, but I haven't encountered too many 23-month-olds that are so out of control that they warrant turning a plane back to the gate and forcing the family off the plane. I'm not saying it couldn't happen, but it just seems like a stretch for that to be the best course of action assuming the parent is otherwise cooperative, which this ones seems to have been.

The flight ended up being delayed around an hour for this event and yet the kid was passed out before the plane got back to the gate. I don't have the perfect answer to these sort of situations, but I can't help but wish everyone had a smidge more patience and understanding that goes beyond deeming a 23 month old a threat that needs to be removed.

In the meantime, here are a whole collection of posts that have tips and tricks related to flying with a toddler so that you can hopefully never be the family who is asked to get off the plane.

What are your thoughts about a toddler being deemed a threat for throwing a tantrum?