Renting from Silvercar with a Family Review + Discounts!

Articles
Summer Hull , aka Mommy Points, ran the Mommy Points site for families who want to travel more for less using miles and points for seven years. She now heads up a variety of special projects at TPG when she isn't exploring the world with her own two girls.
Follow
May 18, 2015
•
6 min read 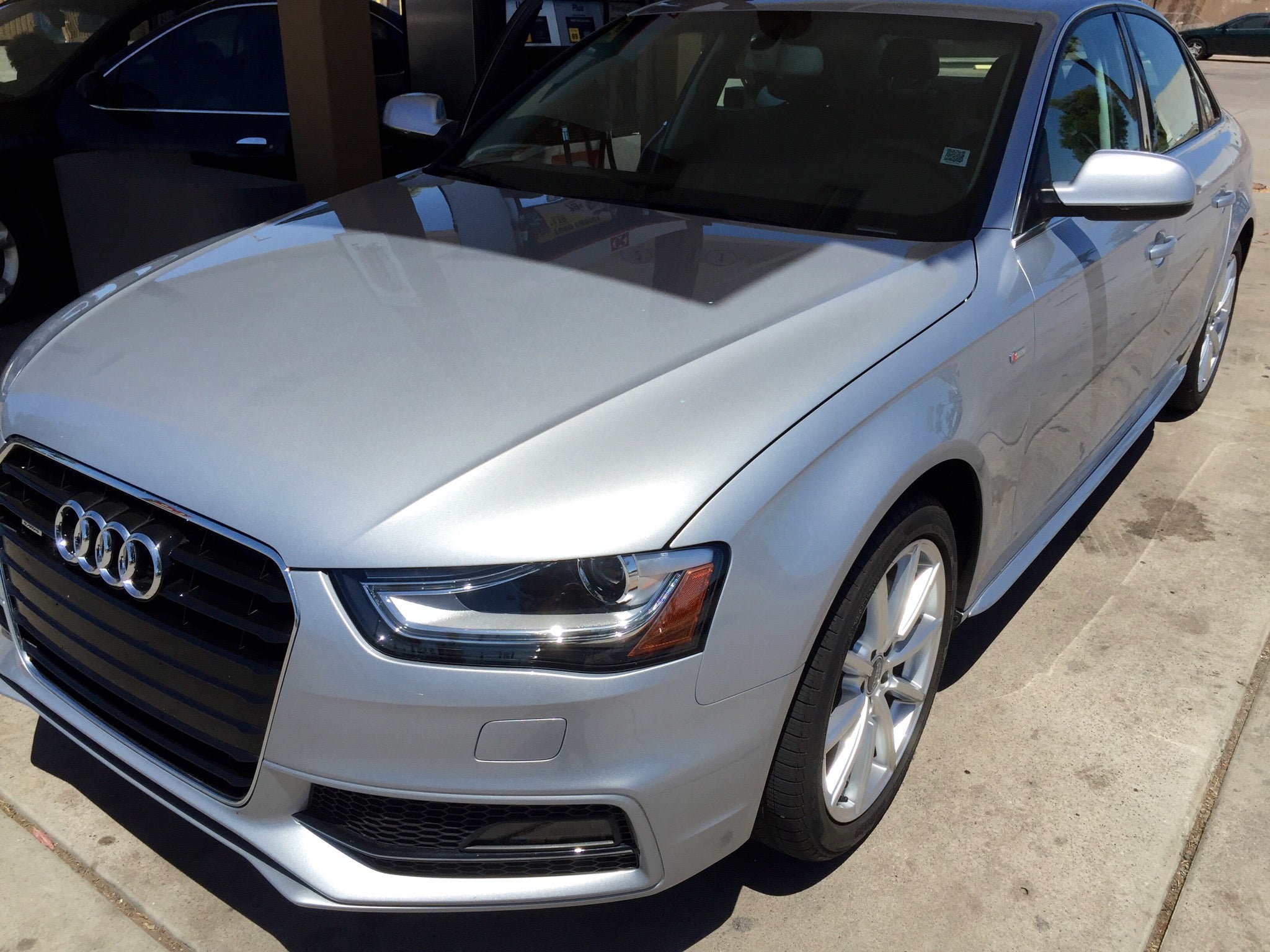 Renting from Silvercar with a Family Review + Discounts!
This post contains references to products from one or more of our advertisers. We may receive compensation when you click on links to those products. Terms apply to the offers listed on this page. For an explanation of our Advertising Policy, visit this page.

Over the weekend I finally got to utilize Silvercar car rental for the first time, and I want to share some details about the experience in case Silvercar operates somewhere your family will be vacationing in the near future.

If you aren't familiar, or have tuned out other reviews assuming it isn't a service that can work for families, then keep reading because you might be pleasantly surprised. Silvercar exclusively rents silver Audi A4s (in addition to the Audi Q5 SUVs in Denver). These cars are equipped with free WiFi, free GPS, free satellite radio, free toll tracking (just pay for the tolls you rack up), and they will refuel the car at the going gas station rates + a $5 fee.

Now the standard price for Silvercar rentals and these Audis with the bells and whistles may be higher than what you might often look to pay via a standard rental, but that actually isn't always the case. Plus, if you are new to Silvercar then the new customer pricing and discounts makes them absolutely worth it to utilize at least once (or twice, ahem spouses...).

I booked the $39/day special in Phoenix for the month of May, added a $50 off a two-day rental coupon (try code FTU50), and then still get a $25 new customer bonus via Paypal by being referred. I'm happy to refer you with my own referral code, SHULL so we can both get the $25 bonus! These deals all stacked and resulted in spending very, very little out of pocket for the two day rental in an Audi! Including all taxes and fees my two day rental came to less than $25 total out of pocket - I could not have beat that with any other rental company even if I rented a tiny and beat-up hunk of junk!

Knowing I will have a nice Audi with cool features is fun and all, but what I was most interested in was how Silvercar might help to streamline the sometimes arduous rental car process. What happened in reality was a little bit of a mixed bag, but overall still a positive experience. Their pick-up and drop-off process will likely vary some from airport to airport, but in Phoenix their pick-up process wasn't perfect.

Then, once we went to the car there were further delays because I hadn't downloaded the Silvercar app in advance. I knew they had one, but I just didn't know it was required in order to rent a car so I hadn't taken the time to get it all set-up. Lesson learned. At this point my daughter and I were both tired, we hadn't expected an hour after landing dedicated to trying to get the rental car, and I was so flustered I couldn't remember my password to the app store to download the app. Oh, and did I mention it was now raining on us in the parking lot as we tried to get in the car?

Ultimately the Silvercar employee logged into my account via his app and unlocked the car by scanning the code on it that way, but my pick-up process turned out to be much longer and more complicated than I had anticipated or hoped for. That said, there were some silver linings (excuse the pun). Even during our confusion they stayed in pretty constant contact via text and phone calls, brought three different size car seats for me to choose from (two of which were brand new), and the car was indeed a nice Audi with around 5,000 miles on it.

The Best Part of Renting from Silvercar:

The car drove very nicely and I was able to utilize the built-in navigation to help us find the resort. It was pretty great having a brand new complimentary booster seat to use, and even though I didn't use features like toll tracking or WiFi on this trip, I could easily see how that would be useful when we had further to drive on a future rental.

The real highlight of Silvercar for us was when it was time to turn the car back in at the end of the trip. At the Phoenix airport the drop-off process is to go to the Silvercar facility that is located just off the airport property and officially turn in your car, but you don't actually leave the car there. It helps that the Silvercar facility was a pre-programmed address in the navigation!

In practice what happens is that your car is scanned back in, but you don't have to unload all your stuff from it, or at least we didn't. A Silvercar employee simply hopped in the car we already had loaded with our bags, car seat, and sleeping kid, and drove us right to the terminal at the airport.

This was a million times better than if we had moved a sleeping kid, our bags, etc. and had to do the rental car shuttle shuffle back to the airport! I wish that the pick-up process had been this smooth, but it was still fantastic to have this level of service at the end of the trip.

Assuming you can take advantage of a rate you are happy with, I absolutely recommend Silvercar for families looking for a different rental car experience. Silvercar is currently located in the following cities (and growing): Austin, Dallas Love, Dallas DFW, Denver, Ft. Lauderdale, Los Angeles, Miami, Phoenix, San Francisco, and Chicago. I don't know when I will be able to use their services again, but you can bet that they will be my first option to look at the next time I need a car in one of those cities.