Articles
Eric Rosen originally joined TPG as the site's first managing editor back in 2011. He contributed to major publications including Bloomberg, Conde Nast Traveler, National Geographic Traveler and Travel + Leisure before rejoining TPG as director of content in 2021.
Follow
May 15, 2015
•
6 min read 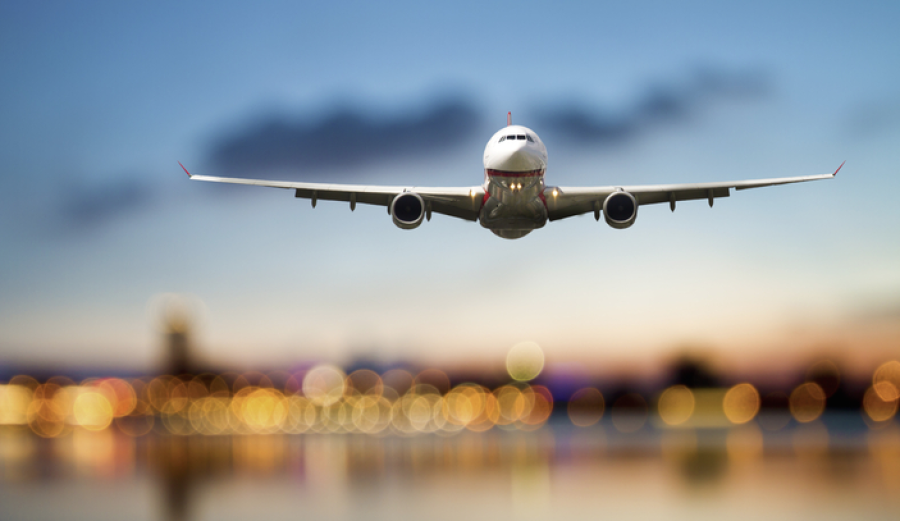 Study Claims Airlines Are Releasing More Award Seats
This post contains references to products from one or more of our advertisers. We may receive compensation when you click on links to those products. Terms apply to the offers listed on this page. For an explanation of our Advertising Policy, visit this page.

If you're looking to book first or business class to Europe for a family of four, you'll probably have a hard time finding the flights you want. But according to a recent IdeaWorks study, availability has improved overall. Join TPG Special Contributor Eric Rosen for a closer look.

IdeaWorks is a company that regularly releases studies on the airline industry, including its annual Switchfly Rewards Seat Availability Survey. In this year’s study, which you can read here, the company claims that airlines are releasing more award seats to flyers. That may come as shocking news to the frequent flyers who write in every day frustrated by the lack of award space on various carriers, and to be honest, the results are a little bit mystifying.

Here is the full table of results including the percentage of flights with reward-seat availability and the change in percentage points from last year’s results:

According to the survey, airlines improved award availability from 66.1% of flights in 2010 (the first year of the survey) to 74% this year. That means that 74% of flights the survey checked had reward seats available on them. The survey also found that close-in reward seats for travel within days or just a few weeks also lies between 72%-94%.

The methodology the survey used was based on 7,640 booking queries on the websites of 25 frequent-flyer programs made during March 2015 for travel dates raging from June-October. The company searched for two “saver-style” reward seats on flights as their baseline criterion, and it appears that they only searched a carrier’s own award availability using its own mileage program, so no partner awards included.

While some of these results are surprising, others are not at all given recent changes in the airline industry. The survey makes no mention of whether it searched for economy or business/first-class tickets, and what “saver-style” specifically means in each program’s case. But more on that later.

First, it’s no surprise that Southwest again ranks at the top since the airline’s Rapid Rewards boasts unlimited reward seats and no blackout dates with fixed-rate redemptions of 70 points per $1 of airfare. However, after the search period (i.e. March), the airline switched to dynamic reward pricing. While you’ll still find point-redemption options for any open seat on a flight, the pricing scale has a lot more gradients now, and that “saver-style” availability the survey searched for becomes a lot murkier.

Southwest also is not alone in changing its pricing scheme. Along with switching to a revenue-based mileage-earning formula this year, Delta also introduced a five-tier award chart, which it claims has more award seats available at the lowest levels. Notice the plural there. So while awards at the very lowest level are actually pretty scarce (and non-existent within a three-week travel window on domestic flights), there might be more reward seats available overall at the bottom two-three levels of the award chart (which Delta no longer publishes on its website, by the way). That said, Delta still only showed award availability on 57.9% of its flights, up 2.9% from last year.

It’s also worth pointing out that Delta and United, which saw its award availability increase 3.6% to 75% of flights, both switched to revenue-based mileage-earning systems where flyers earn 5-11 miles per dollar they spend on airfare depending on their elite level rather than on mileage flown. Not only that, but both airlines also instituted major devaluations of their award charts last year that have priced out certain awards (and especially partner awards using United miles) out of many consumers’ reach.

So for the vast majority of flyers stuck at the lower earning rates, many awards are going to be out of reach anyway as it takes them a lot more time to earn the necessary mileage for that seat.

American Airlines jumped in the rankings this year with a 12.1% increase in available reward seats to 67.1% of flights. However, the airline also overhauled its award chart last year to create a new five-tiered system (sound familiar?) of pricing. No mention of which tiers IdeaWorks considered “saver-style” for its study.

While airlines often tout their award availability as a plus and the fact that they try to release more seats at saver levels year after year, what we have in fact seen in recent years are far more complicated, tiered pricing formulas that result in higher award redemption requirements. So while you might find award seats available, you’ll be paying a lot more for them.

Perhaps airlines have moved in this direction to compete with fixed-rate points programs like Capital One Venture Rewards or Barclaycard Arrival Miles, which consumers can redeem at fixed rates for any available airline seat, just like paying for them with cash but using points instead. What good is it if there is an award seat available, though, if it is at an exorbitant redemption rate?

All in all, this report seems fairly typical of past IdeaWorks studies with methodology that raises questions rather than answering them, and no effort to address key factors like tiered pricing and program devaluations.

At best, the results of this one seem like a mixed bag, and at worst, they are misleading, especially given the major changes on both the earning and redemption sides of many major frequent-flyer programs in the last year.

What are your thoughts on the survey? Do they match up to your own personal experiences booking awards with these programs?
[card card-name='Chase Sapphire Preferred® Card' card-id='22125056' type='javascript' bullet-id='1']