When Making Purchases Abroad, Be Sure the Numbers Add Up 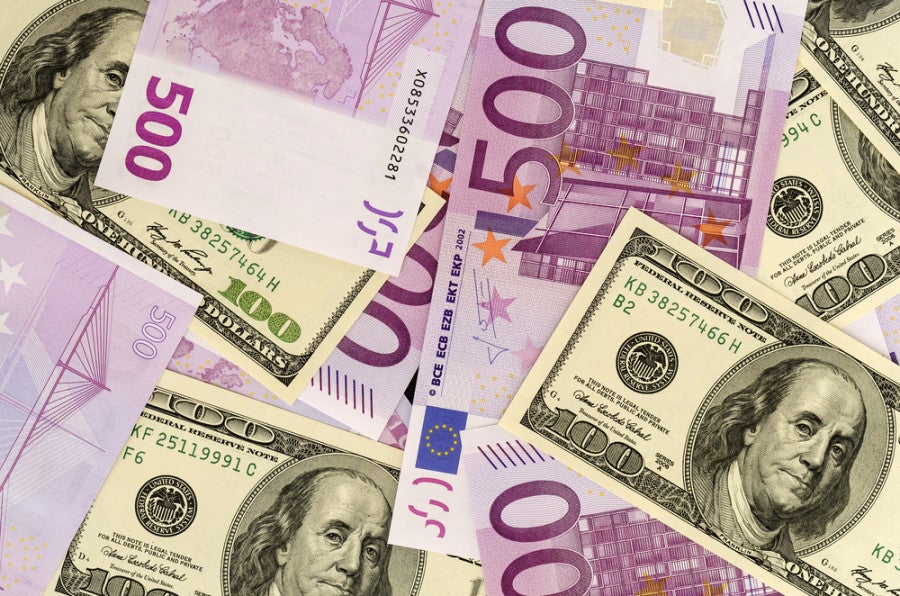 When Making Purchases Abroad, Be Sure the Numbers Add Up
This post contains references to products from one or more of our advertisers. We may receive compensation when you click on links to those products. Terms apply to the offers listed on this page. For an explanation of our Advertising Policy, visit this page.

Every travel site will tell you how to do things the right way. But as every traveler knows, sometimes things go wrong. In his bimonthly "Mistake Monday" series, TPG Contributor J. Keith van Straaten invites you to learn from his mistakes — his many, many mistakes.

There's no better travel than free travel. So when I found out I had cousins living outside of Florence, Italy, I suddenly became very interested in bonding with my family — and/or staying in their home for free.

Cousin Sara (not her real name) was born in the US but fell in love with an Italian man while visiting that country. She returned to Italy to get married and she and Giovanni (not his real name, either) had two daughters, one of whom had found me on Facebook and invited me to visit. I was already planning on joining some friends on a trip to Prague that winter, and I was delighted to learn that Czech Republic and Italy are separated only by an Austria. I booked a low-cost-carrier ticket from Prague to Rome, then took a train to the family farm a few stops outside Florence.

My cousins' place was almost a cliché of Tuscan splendor: clear blue skies, rolling hills and olive trees as far as the eye could see. Their warm, cozy house came with a friendly cat, they made their own olive oil in the basement and next door was a 12th-century church decorated with Sara's sculptures. And hooray, all this joy was free of charge — grazie, cugini!

On the last night of my visit, Sara and Giovanni took me into Florence for dinner and a private tour of their art gallery. Sara made the paintings and sculptures and Giovanni ran the business. Sara made her living as an artist and her work had been celebrated worldwide. She crafted faceless, thick-thighed figures that oozed passion, often frozen in an embrace or gymnastic routine.

My eye and heart were caught by a small bronze figure hanging upside-down from its knees, suspended over a crossbar. It was lumbering and heavy and graceful and dynamic, and I knew just where it belonged: in my living room.

I sat down with Giovanni to talk prices, and after a bit of necessary haggling, soon settled on a number: 500. It would be the most I'd ever spent on something that didn't have Wi-Fi.

Running low on cash and not wanting to incur foreign transaction fees (this was pre-Barclaycard Arrival Plus World Elite Mastercard), I agreed to transfer money to my cousin's bank when I got back home. A few days later, with the sculpture looking just as I'd pictured it on the mantel, I transferred $500 to Sara's account.

Days later, I received this e-mail:

Well, the bank finally sent us the money but instead of 500€ ,we received 330€! I suppose the bank misunderstood and thought the sum was in $. So, unfortunately you'll have to tell the bank to send the remaining 170€.What a pain in the neck! Saluti, Sara

Uh-oh. It wasn't the bank that had misunderstood. It was Giovanni — and me.

170 more euros wasn't (and isn't) chump change. At the time, the euro was stronger and at that rate, the 170€ deficit came to about $257 — making the piece about 50% more expensive than I'd thought. I know the piece was worth even more, but I just couldn't afford it. What was I to do? I wrote Sara back:

Oops! I think we had a miscommunication. I clearly thought we had agreed on 500 dollars not euros. I wouldn't have been able to take the piece for the higher amount (again, I'm sure it's worth much more; just can't afford). Can we find a solution that works for both of us? Maybe if we split the difference and I sent along another 85 euros? Sorry for any confusion on my part.

A reply came quickly; a reply filled with accusations, recriminations, and a demand for the full 170 Euros. As a bonus, Sara lumped in grudges she had with other members of my American family. Working hard to craft a calm response, I reiterated that we'd had an honest misunderstanding, that I was trying to work with her, that I had nothing to do with these other family grudges and that I'd hate to have to send the sculpture back.

Within hours, I got her three-word reply:

There are formulas and rules of thumb for calculating the value of a mile or point (heck, TPG publishes a valuations list every month), but this was a tougher calculus. I did save money on lodging by staying with them ... should I just send the full amount she thinks she's owed because it would still be cheaper than a retroactive hotel stay in Tuscany?

My decision became easier as I started being cc'd on e-mails from Sara to my father and sister that mentioned my "ugly deception," without any benefit of the doubt. As much as I loved the sculpture, I knew that keeping it would mean that every time I looked at it, I'd think not of a wonderful Tuscan family adventure, but of the accusations of a crazy person. I shipped the sculpture back to Italy, and because I'm an honest person/sucker, I listed the value on the customs form as $800.

A couple months later, I saw a transfer into my bank account from Italy — for $98.23. Sara had deducted for the customs tax and also for what she perceived as the value of other gifts she'd given me. She mocked me for losing money on my “mistake,” (her quotes, not mine). I was angry, but I couldn't deal with her anymore. I could spend the $98.23 on therapy.

My lessons for the traveler?

I hope I'll visit my Tuscan family again. I want to meet Sara's grandchildren and pay my respects at Giovanni's grave.

But I certainly won't expect to stay for free.

Ever had a misunderstanding about the price/currency of a purchase while traveling abroad? We'd love to hear your stories — and their resolutions — in the comments below.
[card card-name='Barclaycard Arrival™ World MasterCard®' card-id='22089566' type='javascript' bullet-id='1']

Featured image by Don't mix your dollars and Euros. (Photo courtesy of Shutterstock)