Articles
Summer Hull , aka Mommy Points, ran the Mommy Points site for families who want to travel more for less using miles and points for seven years. She now heads up a variety of special projects at TPG when she isn't exploring the world with her own two girls.
Follow
April 12, 2015
•
9 min read 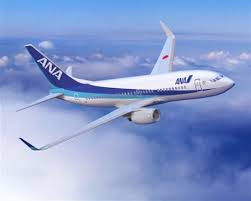 New ANA Award Chart: Europe for 88K in Business Class
This post contains references to products from one or more of our advertisers. We may receive compensation when you click on links to those products. Terms apply to the offers listed on this page. For an explanation of our Advertising Policy, visit this page.

The new ANA award chart is slated to go live today (though the booking site seems to be down when I tried it this morning), so I want to dig a little deeper into some of the different award chart prices since ANA is both a Star Alliance member and a American Express Membership Rewards transfer partner. I know it takes some extra time and patience to learn a bit about some of these foreign frequent flyer programs, but I consider it an essential intermediate step in the miles and points world if you want to learn how to take your family around the world for much less.

You don't need to become an expert on every award chart out there, but I do recommend learning just enough to know what is out there in case it might be handy on a future trip.

The new ANA award chart is zone based like most of the traditional US award charts you are probably already familiar with. Sometimes the "award chart gems" come into play when a country or region is grouped in with a region where it doesn't exactly make sense, or when a program just decides to charge less to go from one zone to another than the other programs.

The Lower 48, Alaska, Canada, and Mexico are grouped together in Zone 6 the "North America" zone. Hawaii is actually its own zone, Zone 5. The Caribbean is strangely grouped in with South/Latin America in Zone 9.

If you want to take a flight within Zone 6 "North America" zone, it will cost 30,000 miles in economy, 55,000 miles in business class (often domestic first), or 90,000 miles in first class. In most cases these are not good values compared to other options in Star Alliance like United, Aeroplan, and others. However, you can save some miles if you wanted to go to Mexico over what United charges since United puts Mexico in a different zone than the US, and charges 35,000 miles round trip in economy and 60,000 miles in "domestic first".

Since Hawaii is in its own zone, it is pricing lower than the rest of the US to destinations like Asia and Oceania, but higher to destinations like Europe, Africa, and the Middle East. Flights between Hawaii and the rest of the United States are 40,000 miles in economy, 68,000 in business, and 120,000 in first on three cabin planes. Those prices in economy or business are better than what United offers, but not as good as the prices that Singapore offers for Star Alliance operated flights.

Many of these rules are unchanged from their old award chart, but the rules specific to routing are new and notable especially since they are a bit restrictive. Note that these are not all of the rules, but rather ones that jumped out at me as being more relevant to most of us than others.

Here are some rules specific to ANA award flight routings:

Okay, given all of that noise, what is the new ANA award chart good for? A few better-than-average redemptions for those of us based in the Lower 48/Alaska/Canada/Mexico are:

First class is generally extremely pricey on miles via the new chart, and thus I have left those amounts off. The best values relative to other charts seem to be in business class, though even economy offers discounts over United (and other) mileage prices in many zones. Remember that you do have to contend with fuel surcharges on ANA for partners that also charge fuel surcharges.

The ANA "Around the World" awards seems to still use the old distance based award chart and may represent some good values since they do not follow all the same routing rules as the other awards (though don't forget fuel surcharges). However, your final international flight to return to your country of departure must be boarded on or after the 10th day after boarding the first international flight, so these have to be relatively short trips given the distance covered.

I also want to add that those who have played around in the new booking engine before it went offline report that it was not as good as the old search engine for awards and you had to search for premium cabin awards one day at a time.

You can access the award booking engine here...when it starts working again.

What awards do you see on the new ANA award chart that look good for your family?