Adventures in Getting to Negril in One Piece

Articles
Summer Hull , aka Mommy Points, ran the Mommy Points site for families who want to travel more for less using miles and points for seven years. She now heads up a variety of special projects at TPG when she isn't exploring the world with her own two girls.
Follow
April 09, 2015
•
7 min read 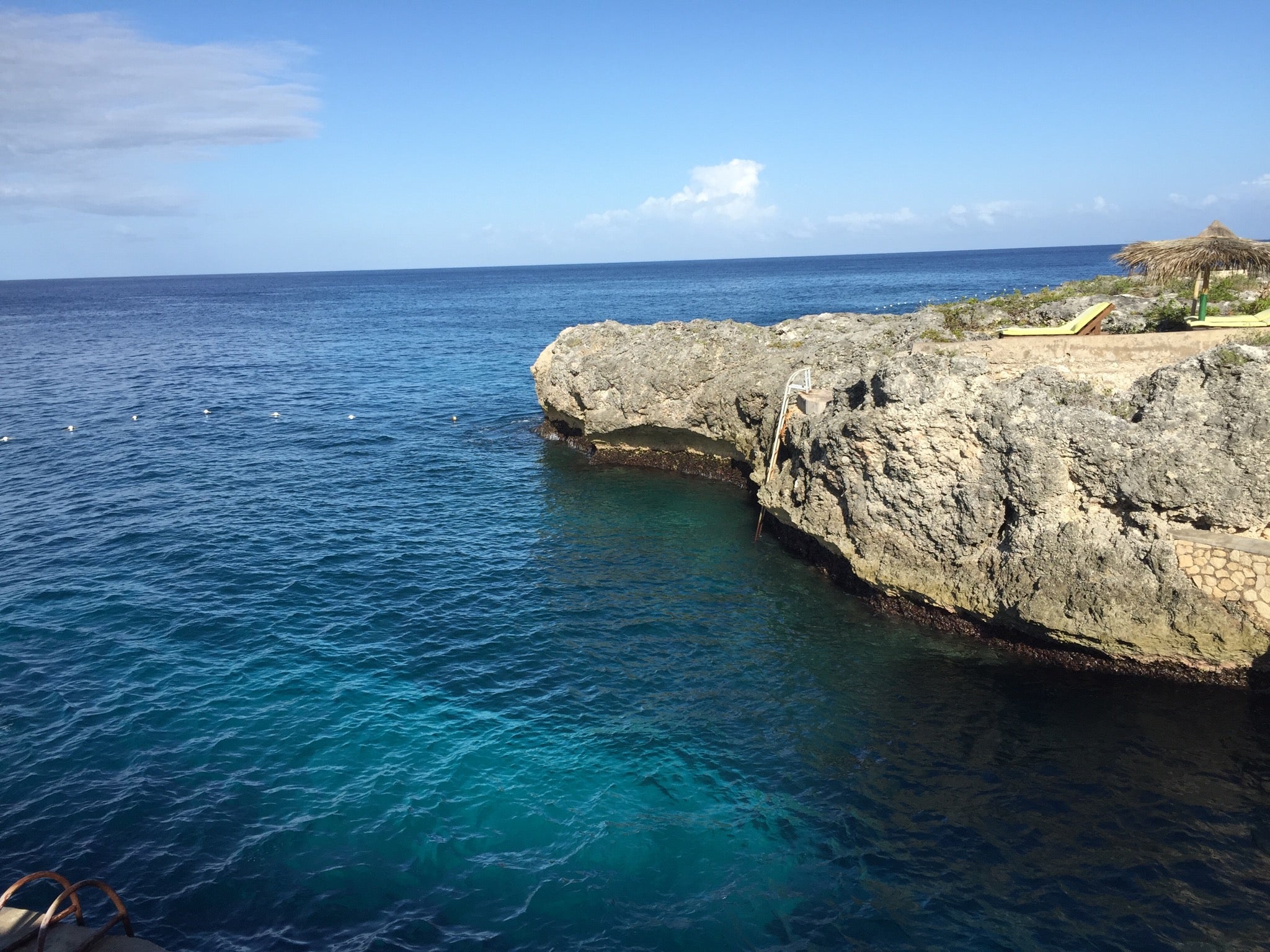 Adventures in Getting to Negril in One Piece
This post contains references to products from one or more of our advertisers. We may receive compensation when you click on links to those products. Terms apply to the offers listed on this page. For an explanation of our Advertising Policy, visit this page.

This spring we went to Jamaica for four nights to join some friends in celebrating their 25th anniversary (they married young, but it has worked out well for them!). At this point in our lives it is very hard to coordinate travel with other friends mostly because everyone is so dang busy that it just doesn't end up happening. Additionally, while travel is somewhat easy for us thanks to miles and points, most of our friends haven't fully adopted that method of travel, so you have the added issue of budgetary constraints.

This means that whenever the opportunity to overlap with friends somewhere presents itself, we do our best to make it happen, even if it means going somewhere that otherwise might not have been at the top of our "Must Visit List". I don't know if/when we would have made it to Jamaica without some encouragement from our friends, but I'm glad we had a reason to make the trip.

We split our time in Jamaica between a small property in Negril and the new large and all-inclusive Hyatt Resort in Montego Bay (sneak peek here). To say the two parts of the islands, and the two properties, were different from one another would be an understatement, but each had its own unique strong points. I'm going to split the reviews into different posts and start with the process of getting to Negril and to the first resort.

I knew that getting to Negril wasn't going to be the quickest or easiest thing we have ever done, but that didn't make the process much better. After our pretty easy nonstop United flight from Houston we landed at Sangster International Airport in Montego Bay and waited. And waited. And then we waited a little more for a gate. While we were waiting for a gate, there were folks on the plane who literally were about to explode with excitement they wanted off the plane so badly. Listening to their chants, apparently they couldn't handle missing one more minute of the booze cruise crawl, or something like that...

Now, I've had spring breaks, crazy trips to Mexico, and even made "good use" of some all-inclusive bar destinations in my younger years, etc. but now at 34 and pregnant I'm a little more boring, and I was immediately having my preconceived fears/notions about Jamaica confirmed by the booze cruise chants on the plane around me. Great.

Once we got off the plane we headed to customs and immigration and prepared ourselves for a wait. There is a Club Mobay option you can purchase to fast track through immigration and customs for $50 per adult, $25 per adult 2-12, and free or children under two. I didn't purchase that option in part because my husband was between jobs at the time the trip rolled around and we really wanted to keep the costs for the trip as low as possible, and also because I wanted the "full Jamaica experience". Our daughter wasn't with us for this trip, so I figured standing in a line a few extra minutes was manageable.

Since we were landing on a busy Saturday afternoon in February, the line for immigration was predictably long. It stretched well out of the arrivals hall and let's just say the folks working the line were less than friendly. In fact, every grumpy Jamaican we encountered during our entire time in the country worked in the airport. It took close to an hour to get through immigration, though it's worth mentioning that even the Club Mobay line was at least 20-25 minutes long at times. It would have been a faster option than the regular line, but at least on that day, you wouldn't breeze through immigration whether you had Club Mobay booked or not.

Once we were officially in the country we headed to find our transportation to Negril that we had pre-arranged via Kenny Tours. They had a small desk in the area of the airport that also houses the lounges such as the Club Mobay Lounge (which would could have accessed for free via the Priority Pass membership from our Amex Platinum) and the check-in lounges for Sandals, Hyatt Ziva and Zilara, etc. We had to wait a bit for the van in the airport, but the staff was friendly, and I was so thankful to have a plan to get to Negril in place before we arrived to Jamaica because the airport experience was just a little stressful and crazy.

The drive to Negril was about an hour and fifteen minutes, but the drivers were happy to stop for you to pick up water, beer, or whatever else you wanted along the way. The strange thing about the drive up there was the "tour" the driver gave that included enthusiastically pointing out things like a KFC or Payless Shoe Store. There are also endless references to marijuana by every driver we encountered in Jamaica. It is basically assumed that is why you are on vacation there, and referenced as frequently as Bob Marley is played on the radio (which was on a continuous loop for the entire ride to Negril). If that's what you are there for you are in luck, but if not, then just be ready to hear about it constantly.

During the ride there were jokes about DJ's (apparently that means dead Jamaicans) made by the drivers because of how bad the driving was from Montego Bay to Negril. We saw folks get run off the road and others almost crash into the ocean on the two lane highway that Saturday afternoon. I was so glad I wasn't driving, but slightly terrified the entire time. When we came back from Negril on a weekday afternoon the drive was still scary, but much less so than that Saturday afternoon. I would use Kenny Tours again if we return to Jamaica in the future.

About halfway between Montego Bay and Negril was the city of Lucea (pronounced Lucy) that was absolutely packed with folks in every street everywhere out shopping, partying, etc. It was a very interesting town to drive through, but again I was so glad I wasn't the one trying to drive and navigate through that situation. Thankfully, we made it to the hotel all in one piece so we could start the relaxing...or at least that was my plan.

I'll save the full review of Catcha Falling Star and our time in Negril for my next post on Jamaica, but let's just say this slightly spoiled and stone-cold-sober pregnant lady had to make a choice pretty quickly upon arriving in Negril. I could either be annoyed by the bugs, weed, high alcohol consumption, mixed bag accommodations, limited air conditioning, and very laid-back Jamaican atmosphere, or just embrace it and have a good time to the extent possible given what a stressful time period this was for our family...