Articles
Summer Hull , aka Mommy Points, ran the Mommy Points site for families who want to travel more for less using miles and points for seven years. She now heads up a variety of special projects at TPG when she isn't exploring the world with her own two girls.
Follow
March 25, 2015
•
5 min read 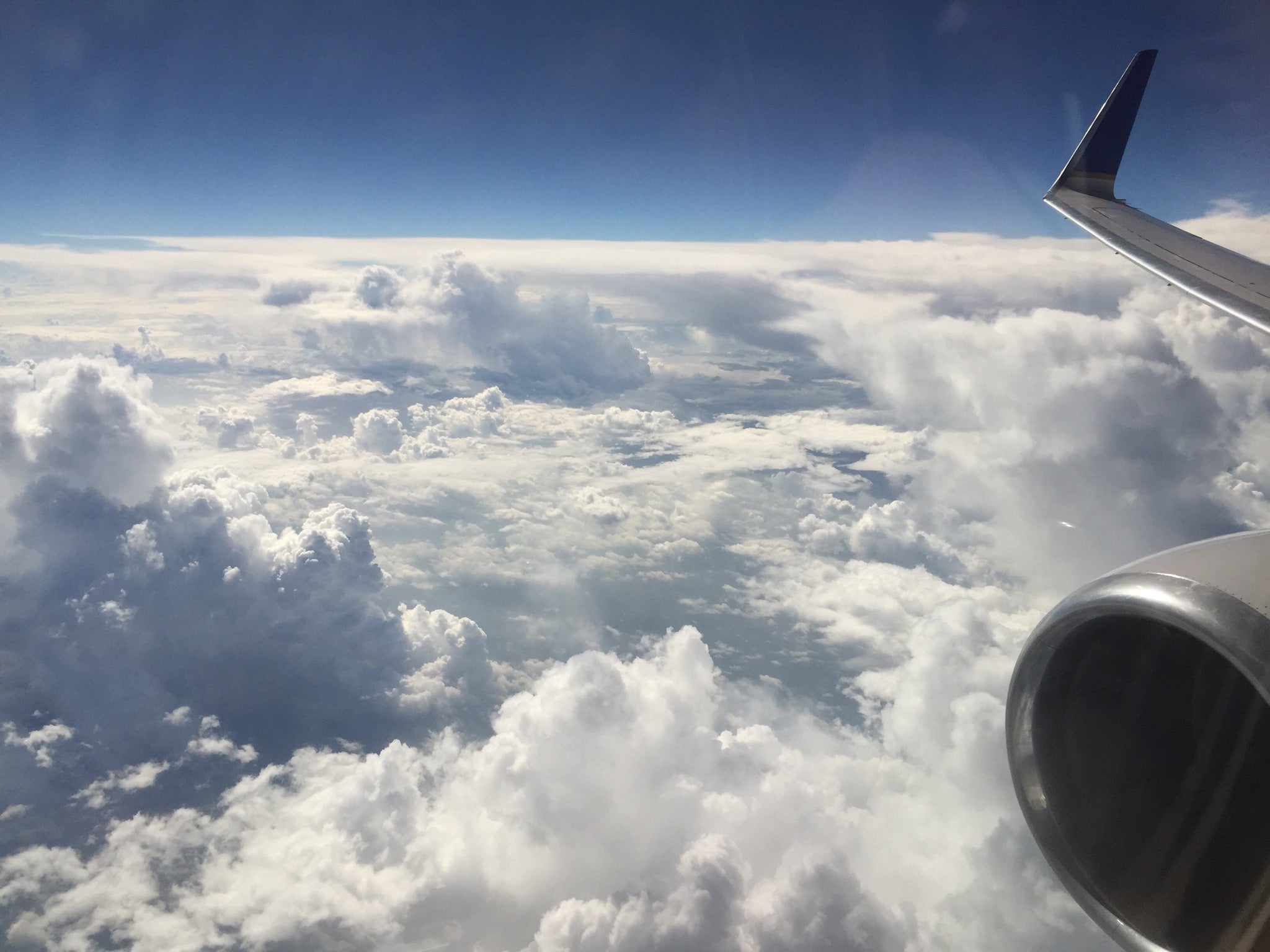 Fear and Uncertainty When Your Family is Flying at the Time of a Crash
This post contains references to products from one or more of our advertisers. We may receive compensation when you click on links to those products. Terms apply to the offers listed on this page. For an explanation of our Advertising Policy, visit this page.

I don't usually post about airline disasters, not to downplay or ignore them, but simply because I don't have anything useful to add. While I don't have anything useful to add about yesterday's Germanwings incident itself, we did have the experience of being close to the event having been on a flight out of the same airport within minutes of that flight. Our loved ones, most of them not knowing our exact itinerary, had to go through the roller coaster of emotions knowing that we were leaving Barcelona that morning (I had even checked into the Barcelona airport on my own Facebook page), but not all knowing which flight we were on. I wrote about my thoughts this morning, but this post is from my dad's perspective. His situation was worse than ours as we did not learn of the tragedy until landing safely back in the United States. He had to go from getting the first spotty details of the report in the middle of the night on TV, to frantically looking up our flight schedule and status, to fielding the calls/messages from concerned friends and family members, so I wanted to share that perspective. We are all so incredibly fortunate that our flight was totally uneventful. If nothing else, it was a good reminder of being appreciative of how safe most flights are, and being sure your family always has a copy of your most up-to-date travel plans.

I believe we all have some fear of flying. It may be insignificant or it may be paralyzing. But "deep down in places you don't talk about at parties", the fear resides. That fear went from its hiding place to the most prominent place in the room during the night on Tuesday when my sleep was interrupted by a report that an airliner had crashed in France. An airliner whose flight had originated in Barcelona.

I was immediately wide awake and on full alert because MY FAMILY WAS LEAVING FROM BARCELONA ON A FLIGHT OVER FRANCE AT ABOUT THE TIME THE CRASH WOULD HAVE HAPPENED. My heart and I raced downstairs to check the flight itinerary and the flight status of the airliner my family was on. The flight status indicated the aircraft had departed, but its flight tracker image seemed to be stuck over France. I ran to the next available TV to get more updates. The news was then indicating the downed airliner was on a Barcelona to Germany path. I sprinted back to the computer to get full details on my family's flight. Did it connect in Germany? I didn't think so, but maybe?

IT DID NOT. I was now listening to the TV as I went to track my family's flight further. I needed a visual confirmation. Finally, there it was, United Flight 121, flying at 31,000 feet over the Atlantic. An audible whew came from my body and thankful tears filled my eyes.

I actually was headed back to bed for the comfort I knew it would offer when the phone rang. It was my wife's sister who was duly worried. I am not a good phone person but I hope I conveyed that the disaster was not personal, our family was okay. As soon as I hung up, I went to Facebook to post a reassuring message for other family member's to see.

The first photos on Facebook I saw there were of my granddaughter in her seat on the aircraft just prior to her departure. I then thought of the granddaughters and other family members who were the victims on the downed aircraft. I thought of their photos and postings on social media and how devastated their families must be. I thought of the possibility that perhaps my family had seen the now lost souls in the terminal in Barcelona or passed them in the streets or sat across from them in a cafe. Life and death can take such random routes.

Air travel is very safe. Every day about 93,000 commercial flights occur. There are between 8,000 and 13,000 flights in the air at all times. While crashes are rare, aircraft disasters that do occur become an international news event that occupy the airwaves for days. We all pay attention, we all sympathize, we all mourn for the loss. I think we all take it with such personal involvement and interest because of that innate fear of flying we all live with.

There is a unique helplessness and potential finality associated with an aircraft in flight that we have learned to accept, quantify and justify. We are able to do this because of the outstanding track record of the industry as a whole.

Everything has a risk factor, the airline travel risk is extremely low. It is just that when an incident does occur, our fear quotient is awakened and our faith is disturbed.

My deepest condolences for those affected by the Germanwings flight yesterday. I will hug my family tighter tonight and I will grieve for those whose hugs will go empty.