Articles
Summer Hull , aka Mommy Points, ran the Mommy Points site for families who want to travel more for less using miles and points for seven years. She now heads up a variety of special projects at TPG when she isn't exploring the world with her own two girls.
Follow
Feb. 18, 2015
•
6 min read 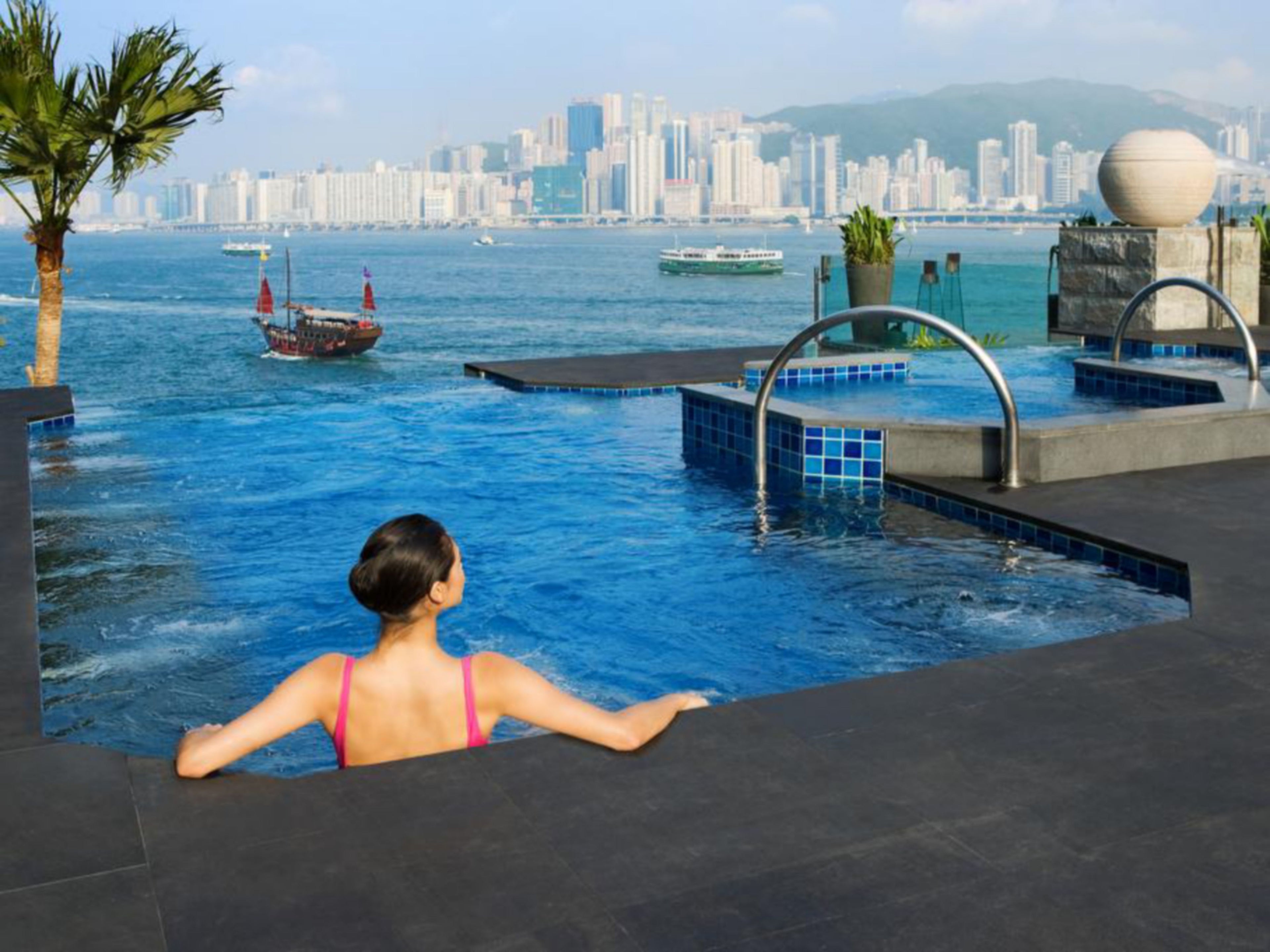 10 Great Places to Use the Annual IHG Credit Card Award Night!
This post contains references to products from one or more of our advertisers. We may receive compensation when you click on links to those products. Terms apply to the offers listed on this page. For an explanation of our Advertising Policy, visit this page.

Some rewards credit cards have annual fees that can make it hard to justify keeping the card in your wallet year after year. However, some have built-in anniversary perks that more than make up for the annual fees. One of those such cards is the IHG® Rewards Club Select Credit Card. The sign-up bonus for this card is attractive at 70,000 points after spending $1,000 in the first three months, but the perks don't stop there.

The card has a couple built-in perks that make it will worth the $49 annual fee in my mind ($0 introductory fee the first year).

First, the card awards 10% of your redeemed points back, up to 100,000 points per year. Plus it gives you automatic Platinum elite IHG Rewards status. Those are both very useful benefits, but the benefit I love and want to primarily focus on today is the annual free night that is awarded at each anniversary.

You can use this annual award night at over 4,700 IHG hotels around the world, and it is possible to get way more value out of that "free" night than the $49 you have to spend each year on the annual fee. In no particular order, here are ten fun ways to spend your annual IHG Rewards Club Select Credit Card anniversary night.

1. Stay at InterContinental Paris - Le Grand or the InterContinental Paris - Avenue Marceau in Paris! Both hotels often go for more than €400 per night, and thus are excellent uses of the free night award. Both properties are normally 50,000 points per night, and if you have trouble finding availability, know that the Le Grand is a much larger property than the Avenue Marceau (which is very close to the Champs Elysees).

2. Enjoy the Intercontinental Park Lane in London. Continuing with the European theme, where hotels can be very expensive in major cities, the Intercontinental Park Lane is a great use of the annual free night since rates are often over £300 per night, and rooms go for 50,000 points per night. Do note that just like in Paris, the base room bookable with points/award night is rated for just two people.

3. Take the family of four to London via a at Crowne Plaza London - The City or Holiday Inn London - Mayfair. It is rare to find base award rooms in London rated for two adults and two children, but IHG offers these two options in London. They may not be as "fancy" as the Intercontinental, but they are a great way to get two double beds in the same room for one award. The normal points price at these properties is 45,000 and 35,000 points per night respectively and rates are usually north of £250 per night.

4. Stay in New York City at the InterContinental New York Times Square. There are lots of IHG hotels in NYC that are rated for two adults and two children in the standard rooms, so you have lots of options. One NYC hotel I very much enjoyed was the Intercontinental Times Square. I don't love the Times Square location normally since there are other areas of NYC that I enjoy much more, but the hotel itself was very solid, the bathroom was quite good for New York City, and the bed was incredible. Rates are often $300 or more per night, or awards are typically 50,000 points per night.

5. Get really exotic at the InterContinental Bora Bora Resort Thalasso Spa where you can even use your annual credit card award night (or 50k points per night) for an over water villa! These villas can accommodate two adults and two children, so believe it or not, this is a family friendly option! I will say that availability here can be tough, but with flexible dates it is an insane option for a villa you can get just because of an annual night you get with your credit card!

6. Experience alpine luxury at the Intercontinental Davos in Switzerland. This hotel is set in the Graubünden Alps and has base rooms rated for three people (some with balconies and alps views!). Believe it or not, this property even has a Globini Kids Club that is free for kids 4-12 years old! The hotel also has a free shuttle service to the city centre or to the various skiing resorts located around the hotel. I officially have this hotel on my own "wish list"! Rooms are regularly 50,000 IHG points per night.

7. Ski in the US at the Holiday Inn Vail. You don't have to go to Switzerland to use your annual IHG card award night near a ski slope. You can use it at the Holiday Inn Vail and be just 1.5 miles from the slopes! The hotel even has a free shuttle that runs every 30 minutes to the slopes. Base rooms here usually go for 35,000 points per night or more than $250 USD per night during ski season. Rooms with two queen beds are rated for four people.

9. Enjoy the view at the InterContinental Hong Kong. This hotel consistently gets good reviews from frequently travelers and looks to have some insane views of Hong Kong. Rooms typically go for 45,000 points per night, but you can get it with the annual night via the IHG credit card. Base rooms have a stated max of three people per room.

10. Virtually anywhere your family wants to go! I can show you the IHG hotels that cost the most or look the coolest, but the reality is the best place to use your IHG annual award night is anywhere your family wants to go. IHG has properties in Aruba, Jamaica, Hawaii, Whistler, Alaska, Orlando, Australia, and Small Town USA that may not always be the fanciest spot on the block, but that hardly matters if it keeps dollars in your pocket and gets you where you want to be. IHG's huge footprint around the world means there are literally thousands of redemption options.

I don't yet have the IHG® Rewards Club Select Credit Card, but I have no doubt we will get it at some point both because of the sign-up bonus, but also because the ongoing perks are really good given the annual fee to keep the card. If you have the card, where do you like to use the annual award night?