Articles
Summer Hull , aka Mommy Points, ran the Mommy Points site for families who want to travel more for less using miles and points for seven years. She now heads up a variety of special projects at TPG when she isn't exploring the world with her own two girls.
Follow
Nov. 30, 2014
•
6 min read 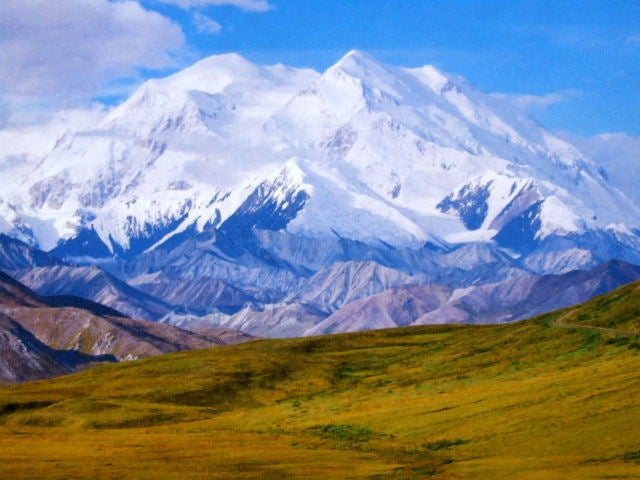 The Excitement of Planning a "Once in a Lifetime Trip" to Alaska
This post contains references to products from one or more of our advertisers. We may receive compensation when you click on links to those products. Terms apply to the offers listed on this page. For an explanation of our Advertising Policy, visit this page.

My dad, Buddy, AKA "Grandpa Points" has a love for travel as fierce as mine, yet our travel patterns are distinctly different. He and my mom are now in their mid-60's, are (mostly) retired, and are ticking off "bucket list" destinations quicker than they ever thought possible thanks to miles, points, and travel deals. They have an intense love of this country, of its National Parks and treasures, and have no problem with a clean budget hotel room and an economy seat as long as it gets them where they want to be. A photographer by trade, his adventures are usually captured not just in his mind, but in his camera. He shares his thoughts and travels here from time to time, and I'm excited to share another one of their adventures.

I guess Alaska has been on my radar since about 1960 when the movie and accompanying song, NORTH TO ALASKA, first came out. Johnny Horton sang the catchy lyrics, John Wayne, Stewart Granger and Ernie Kozacs provided the kitschy acting and Alaska provided the stunning background and setting. "North to Alaska, I'm going north the rush is on"....

I will have to admit that Alaska has appeared and disappeared many times on that radar like a mysterious UFO in the 50+ years since. You would think something as big as Alaska couldn't get lost in the shuffle, but it did. However, a few years ago as we seriously started compiling our life's 4th quarter bucket list, Alaska obviously came back into play. It was high on the list until we realized that the trip would, in essence, cost at least the equivalent of two trips in the lower 48.

We weren't sure any destination was worth that much. You know the old saying, two birds in the hand are surely worth more than one in the bush. Or, something like that. So, we kept on with the planning and fulfilling of the trips on our list. That is until Mommy Points visited Alaska early this summer. She reported back that Alaska was like Colorado on steroids and that we had to go. Well, that was enough to push us over the edge and we are now in full mukluk mode. We are ready to take the ultimate ice bucket challenge. So, give the sled dog team extra rations and Sarah Palin, here we come. Sing it again, Johnny. "North to Alaska, I'm going north the rush is on."

You can read about using hotel points, airline miles, and more to save big on trips Alaska trips here.

Now I am reminded of another set of lyrics, "easier, easier said than done." Alaska IS a long ways from our hometown in southeast Texas. Heck, we have to cross two entire countries to get there. Three, if you ascribe to the Texas Tourism slogan that TEXAS IS A WHOLE OTHER COUNTRY.

No matter how you look at it, it is way past my four hour flight time comfort and tolerance level. So, the trip had to be broken up into segments to keep me from having D.B. Cooper thoughts. Not the bad hijacking part, but the jumping out of the plane over the great Pacific Northwest part. This dilemma was quickly resolved when the route options at the lowest award levels were shown.

Dear Grandpa Points, do not worry, you are not going to get to Anchorage on a direct flight for 12,500 award miles. You may have to stop a couple of times, change terminals, have layovers, sit on the toilet. The shortest distance between two points is a straight line. The shortest distance between two points using the cheapest available saver award tickets can be quite the something else. One possibility had us flying from Houston to Miami with an overnight stay and then resuming from Miami to Phoenix and then Phoenix to Anchorage. Another had us going Houston to Charlotte, Charlotte to Philadelphia and then Philadelphia to Anchorage. The routes looked like Etch-A-Sketch hieroglyphics.

Our final and best option for our dates of travel was Austin to L.A., L.A. to Seattle, Seattle to Anchorage. Flying out of Austin worked well for us since my wife's sister lives there and she is going with us. Flights for the three of us are covered by a total of 75,000 American Airlines award miles we had forget we had. What a nice little hidden treasure to discover!

One of the great things about future travel for us is the studying, the research, the planning and the anticipating that goes along with it. To us, it is like the adult version of the excitement and wonder we felt as kids looking through the Sears, Penney's and Montgomery Wards Christmas catalogs. Those days spent wearing out the pages looking at the toys is just like the happiness we feel today perusing travel brochures and magazines and surfing the internet for info and advice. It just adds fuel to the fire and a direction to the compass. It just makes the actual trip, the end result more rewarding.

So, a little time is spent each day trying to decide what glacier to trek, what highway to travel, which day cruise to choose and what is best seen by rail or best seen by air. How far into Denali do we want to go? Do we drive to the Arctic Circle or fly to Barrow? Is it two nights in Seward and one in Valdez? Why is the North Pole south of Fairbanks? Alaska is so big, our questions so many. But, we have the time to get it all straight. We've got 6 months to go before we say "mush".

Now where did we see that rustic lodge near Kennicott? Was it in the Alaska Travel Planner or the Christmas WishBook? Honestly, they are one and the same, one in the same. So much fun.