Articles
Summer Hull , aka Mommy Points, ran the Mommy Points site for families who want to travel more for less using miles and points for seven years. She now heads up a variety of special projects at TPG when she isn't exploring the world with her own two girls.
Follow
Oct. 27, 2014
•
3 min read 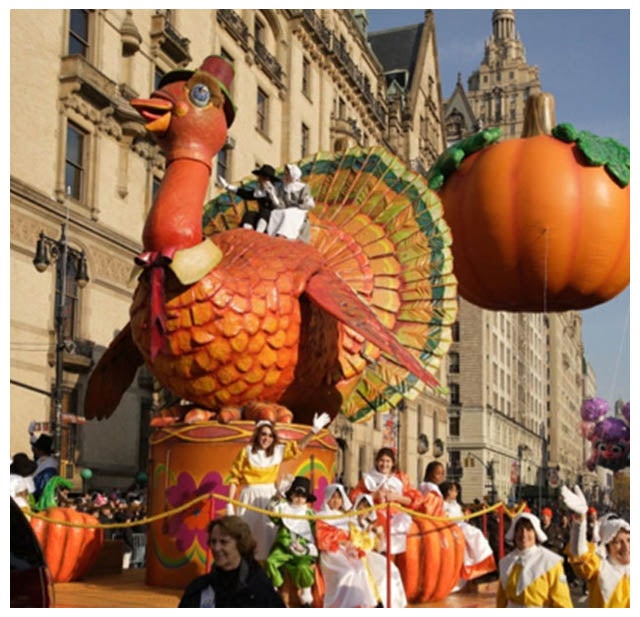 Interesting Way to Watch the Macy's Thanksgiving Day Parade
This post contains references to products from one or more of our advertisers. We may receive compensation when you click on links to those products. Terms apply to the offers listed on this page. For an explanation of our Advertising Policy, visit this page.

My family is planning a trip to the Macy's Thanksgiving Day Parade in New York City this year, and as a result I've been thinking through some different ways to actually see the parade. By far the most likely scenario is that we will line up at too-early-o'clock and simply stand outside and hopefully get lucky with the weather and the almost-five-year-old's stamina just like 95% of the rest of the parade attendees. However, I think it is fun to look at all the options for seeing the parade that are out there, even if they aren't options within our budget.

The Warwick Hotel VIP Thanksgiving Day Parade Option Includes Someone to Hold Your Place on the Sidewalk the Morning of the Parade:

One option I was emailed today that really made me giggle was from The Warwick Hotel. Lots of hotels in NYC along the parade route have some sort of VIP Parade offering, but this hotel has partnered with TaskRabbit to offer VIP views on Sixth Avenue by having "your personal Tasker reserve prime real estate on the sidewalk for ideal parade watching. The Tasker will hold your spot on the sidewalk until you're ready to head outside, and up to four hours of "hold time" is included with the package."

This means, theoretically, that your Tasker would be on the sidewalk holding your space near the hotel from say 4:30AM - 8:30 AM, at which point you finish your coffee and head outside. I shake my head both at the brilliance and simultaneous absurdity that this is even an option.

The package also includes daily breakfast for two at Murals on 54th, accommodations for two, and starts at $500 a night with a three night minimum in effect.

For those looking for other options, I have heard of an Amex package that includes brunch at Stone Rose Lounge with parade view, theater tickets, and dinner at Gotham Bar & Grill for $1,500. I'm sure it's great, but that is never going to happen for our budget.

There was also a $200 (now sold out) experience at the Museum of Arts and Design offered by Inside Access by Chase that included:

, but I have not yet noticed that opportunity this year.

While it is kind of late at this point to secure VIP access to the parade for 2014, this should give you an idea of the types of opportunities that are out there for future years. Keep in mind that most of these sort of things (especially the ones in the $100 - $200 range) sell out very quickly, so move quickly if something you are interested in comes across your inbox or Twitter.

Or, perhaps you could simply pay someone to hold your spot on the sidewalk...I'm still chuckling over that one.