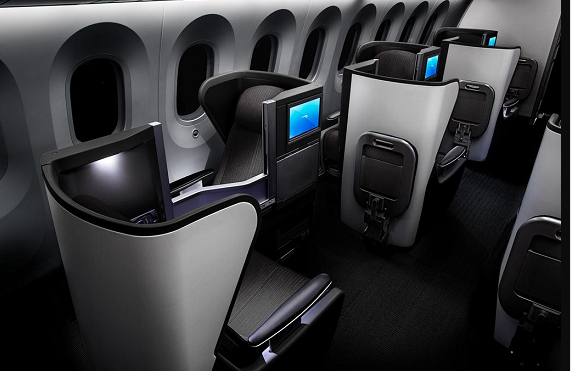 Awesome Deal Alert: Fall Europe Business Class Under $2,000
This post contains references to products from one or more of our advertisers. We may receive compensation when you click on links to those products. Terms apply to the offers listed on this page. For an explanation of our Advertising Policy, visit this page.

Per this FlyerTalk thread, there are some amazing business class airfares from several US cities to European destinations this fall and winter. Reported itineraries include departures from West Coast cities on carriers in both SkyTeam (Delta, Air France, Alitalia) and Oneworld (American, British Airways, Iberia and US Airways). No Star Alliance price matching has been reported yet.

Airlines include: Air France, American, Delta, KLM and US Airways

One of the most useful tools for searching airfares quickly is the ITA Matrix. Check out this post for tips on how to use it.

For a quick sampling, I searched airfares from Los Angeles LAX to Rome Fiumicino (FCO) and found business class fares for 3-8 night stays hovering around the $1,900-$2,100 mark from October well into next July and the start of August (about 330 days out, which is as far out as airlines open up their schedules).

Here is a sampling for the month of October:

And here is November:

While here are airfares pricing out in May (the price actually drops to $1,988!):

Remember, you cannot actually purchase airfare on the ITA Matrix site, so you have to go either to an online travel agency (like Travelocity, Priceline, etc.) or directly to the airline website. For more on maximizing airfare purchases, check out this post.

To take a quick example using the same routing, let’s say you wanted to go from LAX to Rome over Thanksgiving. Per the ITA Matrix, business class airfares at that time are running at around $2,002. I clicked on the 8-day itinerary leaving Friday, November 21, and returning Sunday, November 30, and found the following results:

The sample itineraries were a combo of US Airways and British Airways flights via Philadelphia and London. In this case, all three websites – American, British Airways and US Airways – were pricing out the itinerary a bit higher, starting at around $2,900. So instead I went to Orbitz and found the correct pricing for those dates both in the +/- 3 Days matrix:

When I chose the specific dates, I found the following:

I was able to get all the way up to the booking page where you input your credit card information and the price remained the same, so these fares should be bookable, though they're bound to go fast.

Just beware for the US Airways fares in particular that some of these transatlantic flights are operated on 757’s and 767’s, which means it's a very old business class seat and not their flagship Envoy business class (which I just flew from Philadelphia to Athens).

I wanted to get this information up as quickly as possible, so I didn't have time to search every available route, but here is a sampling of a few others I found with low fares.

Phoenix to Helsinki on a combo of Delta, Air France and KLM for $2,133 in November:

Phoenix to Barcelona in December on Delta for $1,936:

Seattle to Madrid in October:

Seattle to Helsinki in November on Delta/Air France/KLM for $2,010:

Las Vegas to Amsterdam on US Airways in March for $2,195:

Los Angeles to Amsterdam on US Airways in November for $2,018:

It looks like there's a lot of availability, though it's bound to go quickly. Considering that US airlines are required to let you cancel a booking within 24 hours provided the travel is more than 7 days away, it might be worth buying even if your plans aren't firm, so at least you can reserve the space and then cancel or confirm as needed.

As I mentioned, I didn’t have time to search every possible city pairing out there, but if you have found other low fares, please share your findings and information in the comments section, including origin/destination, date, and airlines, so that other readers can get in on these deals!
[card card-name='Barclaycard Arrival™ World MasterCard®' card-id='22089566' type='javascript' bullet-id='1']

Featured image by You can score some great deals on Business Class flights including on British Airways.