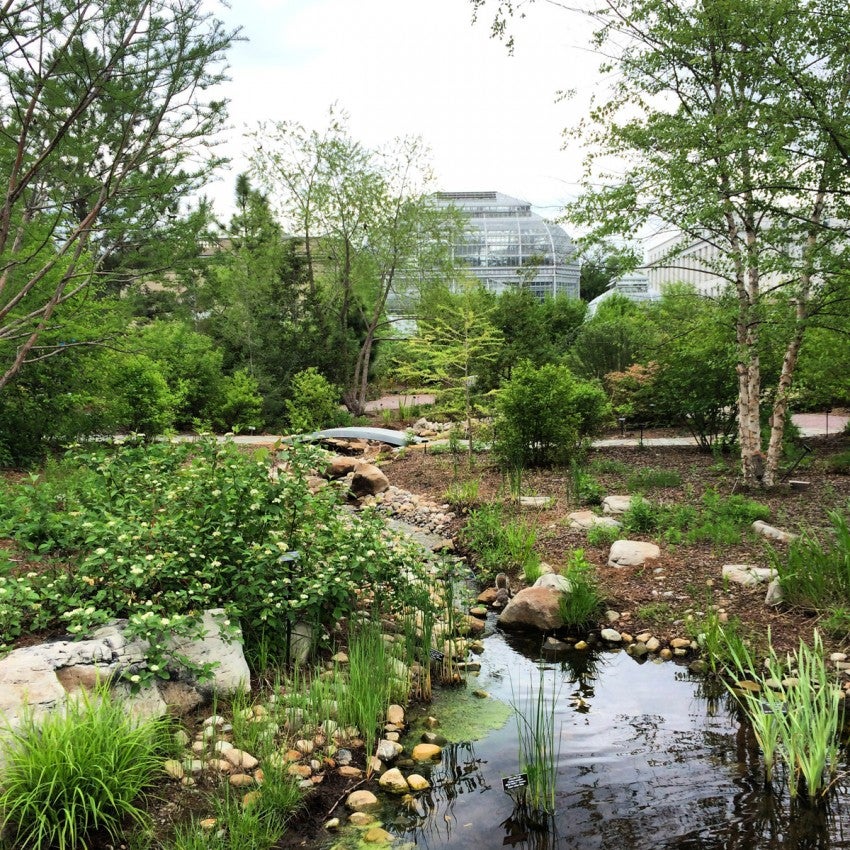 Top 10 Labor Day Weekend Destinations for 2014
This post contains references to products from one or more of our advertisers. We may receive compensation when you click on links to those products. Terms apply to the offers listed on this page. For an explanation of our Advertising Policy, visit this page.

If you're still trying to figure out your Labor Day weekend travel plans, Kayak.com has been watching ticket sales, travel search trends and airline news to come up with some of the hottest Labor Day Weekend destinations for 2014. Amongst their findings, they've identified six cities with the lowest average hotel rates, as well as a few destinations where airfare search rates have decreased for the holiday weekend. They also discovered that Atlanta is one of the hottest destinations this year with average hotel room rates up 43 percent. Take a look at their findings, what to do and where to stay in each of these great cities, as well as a few TPG-selected destinations.

Atlanta
What to Do: Atlanta really will be "Hotlanta" this Labor Day Weekend with loyal fans coming to town for college football action. With Alabama and West Virginia scheduled to play at this year's Chick-Fil-A Kickoff Game at the Georgia Dome, the city has seen a whopping 334 percent increase in hotel searches and a 43 percent increase in average nightly hotel rates. Other holiday weekend events include the Atlanta Black Pride festival, NASCAR Sprint qualifying rounds at the Atlanta Motor Speedway, and sci-fi enthusiasts gathering in full cosplay for DragonCon.
Where to Stay: On Atlanta's hip 14th Street, the W Midtown is home to a fifth-floor outdoor pool, a full-service Bliss Spa, and one of the city's hottest lounges, Whiskey Park. During the holiday weekend, room rates at this Starwood property start at $301 a night.
Average Hotel Room Rate According to Kayak.com: $213

Boston
What To Do: Though Kayak reports that Labor Day Weekend airfare and hotel searches are down by 32 percent for Beantown, there'll be plenty to do in Boston, including four Red Sox home games against the Tampa Bay Rays at Fenway Park, and the two-day, waterfront Boston Arts Festival featuring art exhibitions, dance and music performances.
Where to Stay: Once a jail in upscale Beacon Hill, The Liberty Hotel is now a stylish Starwood property set one block from the Charles River. Home to some of the city's most popular bars and a restaurant cheekily named Clink, rooms for the holiday weekend start at $416; their "Farewell to Summer" Labor Day package, though, includes parking and daily breakfast for two at $359 a night.
Average Boston Hotel Room Rate According to Kayak.com: $299

Chicago - TPG Pick
What To Do: Catch the fourth annual indie/hip-hop North Coast Music Festival in Union Park or the popular Chicago Jazz Festival in Washington Park, cheer on the Cubs as they play the LA Dodgers throughout the weekend at Wrigley Field, and see free fireworks explode over Navy Pier at 10:15 p.m. on Saturday, August 30.
Where to Stay: In the heart of downtown Chicago, the artsy, eco- and pet-friendly Hotel Allegro from Kimpton (which recently announced changes to its loyalty program) is set between the gilded Cadillac Palace Theater and the glamorous Liquid Lounge, with 16 house martinis on its bar menu. Holiday weekend room rates start at $239 a night.

Key West - TPG Pick
What To Do: Though Labor Day is always a popular tourist holiday in the Conch Republic, the weekend's only major event will be the fifth annual Key West Brewfest, featuring tastings of 150 different beers. Otherwise, consider brunch (with advance reservations) on the patio at Sarabeth's, a slice of Key Lime Pie at Kermit's, or waving to Mallory Square sunset revelers from the deck of a two-masted schooner as you sail out into the Gulf of Mexico.
Where to Stay: The upscale, seven-acre Marriott Key West Beachside features a waterfront pool (and poolside bar) as well as the steak-and-seafood Tavern N Town Restaurant. Rooms here, most of which have views of the tropical gardens or the Gulf, start at $294 a night.

Paris
What To Do: Kayak.com hotel and airfare searches for Paris during Labor Day are down 30 percent, which points to fewer crowds in the French capital. If you do want to gather with others, though, head to Buttes Chaumont Park for Paris' Silhouette Festival when international and short French films will be shown on a giant inflatable screen throughout the weekend. The city's Autumn Festival kicks off on September 1 when you can check out some of France's most innovative music, theater and dance at various venues.
Where to Stay: Labor Day Weekend rates at the brand new The Peninsula Paris in the 16th arrondissement start at 1,095 Euros ($1,164 US) a night, but luxury in the City of Light can also be found for less at the lavish InterContinental Le Grand, set adjacent to the Paris Ópera in the 9th arrondissement where holiday weekend room rates start at 375 Euros ($508 US).
Average Hotel Room Rate According to Kayak.com: $252 US

Portland, Oregon - TPG Pick
What To Do: After you've wandered through the International Rose Test Garden in Washington Park, explored the stunning Columbia Gorge, and enjoyed a plate of spicy-sweet Ike's Vietnamese Fish Sauce Wings at one of Thai street food chain Pok Pok's two locations, check out the weekend-long fine arts and crafts festival, Art in the Pearl, along the North Park Blocks of the Pearl District or one of the many free screenings and events surrounding the Portland Film Festival.
Where to Stay: Enjoy a little Hollywood glamour in your holiday weekend by staying downtown at the hip and elegant Hotel deLuxe (part of the Stash Rewards loyalty program) which features vintage photos of Tinseltown stars, an on-site restaurant and cocktail bar, and room rates starting at $269.

San Francisco
What To Do: Kayak.com has noticed that holiday hotel rates here have dipped by 14 percent, but weekend highlights include several San Francisco Giants home games at AT&T Park against the Milwaukee Brewers, Union Square Live, the free music, dance, theater, comedy and film festival, and just across the bay, the Sausalito Arts Festival, which is celebrating its 62nd consecutive year.
Where to Stay: The Hilton San Francisco Union Square is surrounded by some of the city's best shopping and theater, and is close to BART, streetcar and trolley stops. At this Category 7 property, you'll find an indoor pool, a lobby cocktail bar, and holiday weekend rates starting at $239 a night.
Average Hotel Room Rate According to Kayak.com: $228

Toronto
What To Do: Though Kayak.com reports a 17 percent drop in hotel rates during Labor Day Weekend, it's actually the last weekend of one of the city's most popular events, the National Canadian Exhibition, a huge fair with rides, food trucks, pyrotechnics, butter sculpting, a corn maze and more. While you're in town, take a sail around Toronto Harbour, wander through leafy, historic Queen's Park, and see Cirque du Soleil's new show, KURIOS, which debuts at The Port Lands on August 28.
Where to Stay: Located in the downtown Entertainment District, the Hyatt Regency Toronto has an outdoor pool with a sundeck - a rarity in the city - and holiday weekend rates at this Category 2 property start at $279.
Average Hotel Room Rate According to Kayak.com: $175

Vancouver
What To Do: Kayak.com says that airfare and hotel searches for Labor Day Weekend travel to Vancouver are down by 44 percent, which means you'll have even more of this Canadian city to yourself. Stroll the paths, trails and beaches of Stanley Park and pick your way carefully across the Capilano Suspension Bridge, go for a Friday night whirl at the last of the Robson Square Summer Dance Series, or experience the 27th Annual Squamish Nation Pow Wow.
Where to Stay: A few blocks off the waterfront, the elegant Fairmont Hotel Vancouver features a rooftop bar and restaurant, an on-site spa and an afternoon tea service. Holiday weekend rates begin at $299 US, or book more than three nights via the "Stay Longer, Save More" rate, which starts at $201 US a night.
Average Hotel Room Rate According to Kayak.com: $215

Washington, DC
What To Do: Kayak.com says that the Nation's Capital is displaying some of the lowest hotel rates in America for the holiday weekend--and it'll host some fun events, too. On Saturday, check out the 2014 Library of Congress National Book Festival or tune into the free annual DC Blues Festival. Also free, on Sunday night at 8 p.m., the National Symphony Orchestra will perform its annual Labor Day Capitol Concert on the West Lawn of the US Capitol.
Where to Stay: Set near George Washington University, the modern, comfortable Renaissance Washington, DC Dupont Circle has an on-site Italian restaurant, a cocktail bar, an Illy-branded coffee cafe and a small gym. When paid in full in advance, non-refundable holiday weekend rates start at $127 a night; otherwise, weekend rates start at $149 per night.
Average Hotel Room Rate According to Kayak.com: $142

Related stories
Newark's gorgeous new terminal just got delayed into 2023
The best credit cards for paying your cellphone bill
Why you should consider having both the personal and business Amex Platinum cards
Real ID requirements for air travel in US delayed until 2025
Featured image by While in DC, don't miss the National garden at the US Botanic Garden, beside the US Capitol (photo by Melanie Wynne)