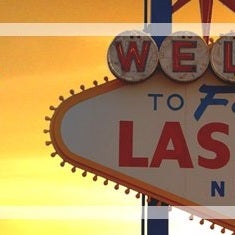 New US Airways Award Policy, Hyatt MLife Bonus & More
This post contains references to products from one or more of our advertisers. We may receive compensation when you click on links to those products. Terms apply to the offers listed on this page. For an explanation of our Advertising Policy, visit this page.

Here's a round-up of the week's points, miles and travel industry news you may have missed:

US Airways Now Charging the Average of One-Way Mileage Costs for Roundtrip Award Tickets: Though the soon-merging airline has historically charged the roundtrip cost for the highest class of service flown, their brand new policy is to charge the average between each cabin flown, in each direction of travel. This means that if you book an award flight that's business class in one direction and first class in the other, you'll be charged the average of one-way mileage costs between the two classes. This could shave a considerable number of miles off your award redemptions, and is good news for those planning a big trip overseas. All US Airways reservation reps may not yet be aware of this new policy, so be sure to mention it - or call back until you get a rep who's in the know. (h/t One Mile at a Time)

Earn Up to 3,000 Hyatt Gold Passport Bonus Points For Every 3 nights at Participating Las Vegas Hotels Through December 30, 2014: From now through October 15, 2014, sign up for Hyatt Gold Passport and MLife Hotels loyalty programs and receive between 1,000 and 3,000 Gold Passport bonus points for every 3-night stay between now and December 30, 2014 at participating Las Vegas hotels, such as the Bellagio, Mandalay Bay and the MGM Grand. Register online or by calling (800) 544-9288. To take advantage of this offer, you must present your Hyatt Gold Passport and MLife loyalty account numbers at check-in, and following your stay, allow 2-3 weeks for your bonus points to appear in your Hyatt account.

Select Waldorf Astoria Properties Offering Luxury Driving Experiences September-December 2014: In partnership with driving experiences provider US DXL, several Waldorf Astoria properties will offer the Waldorf Astoria Driving Experience on select dates from September 30 through December 7, 2014. Each Driving Experience will feature an orientation to three super cars (a Ferrari 458 Italia Spider, a McLaren MP4-12C and a Porsche 911 Turbo) led by Belgian racing champion Didier Theys, and will then set out on predefined, three-stop routes that allow participants to sample each car. Priced at $999 per couple, these experiences will be available at the Waldorfs in Park City, Palm Springs, Scottsdale, Phoenix, Boca Raton and New Orleans.

Uber Plans to Challenge Ban in Berlin: For ride-service app Uber, things are tough all over...Europe. In the wake of taxicab drivers' protests in London, Madrid, Paris, Hamburg, and Berlin, the senate in Berlin has now ruled that Uber is unsafe because its passengers aren't insured in case of an accident, and threaten a 25,000 Euro ($33,000) fine against the company each time one of its drivers takes to the German capital's streets. However, Uber plans to defy this ruling, and to continue its operations not only in Berlin, but also Hamburg, Frankfurt, Munich and Dusseldorf, with plans to soon start servicing Cologne and Stuttgart. (h/t Skift)

Pilot's Prosthetic Arm Falls Off Mid-Landing, But He Manages to Safely Land the Plane: There are some headlines you can't make up. Following an investigation by the Air Accidents Investigation Branch (AAIB), it has come to light that on February 12, 2014, a trusted 46-year-old pilot with UK carrier Flybe was approaching Belfast City Airport in windy conditions when his prosthetic arm suddenly became detached. Risking a loss of control over the Dash 8 aircraft, the quick-thinking pilot switched his right hand from the power levers to the yoke in order to land the plane heavily, yet safely. The pilot says that during the flight he may have dislodged the latching mechanism on his prosthesis, so in the future, he'll be more cautious about checking the attachment. (Whew.)