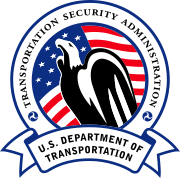 Will TSA Fee Increase Improve Security? Survey Says...
This post contains references to products from one or more of our advertisers. We may receive compensation when you click on links to those products. Terms apply to the offers listed on this page. For an explanation of our Advertising Policy, visit this page.

On Monday the new Transportation Security Administration (TSA) fees on airline tickets went into effect. The old fee structure was $2,50 for each leg of a flight with a $5 cap on each one-way trip and $10 cap on each roundtrip. Now there's no cap on the fee, and the TSA will charge you $5.60 for each leg of a flight, while domestic layovers longer than four hours and international layovers longer than 12 hours will qualify continuing travel as additional legs of a flight.

Raising the per-leg fee to $5.60 might not seem like much, but to put it another way, a family of four will now pay an additional $25 on a roundtrip, or $50 extra if they have a layover of more than four hours. the new fee basically hikes the cost of this security by at least 124% - and more in cases where travelers have multiple legs or longer layovers. So, are we getting 124% more security for our extra dollars?

When introducing the fee hike, the TSA claimed that the current charges, which are automatically added to most airline tickets (i.e., there’s no way to avoid them when purchasing airfare) is barely covering the agency’s costs to run security at our nation’s airports. The new fee structure is expected to boost revenue nearly $17 billion over the next 10 years – so we’re all going to be a lot safer, right?

Not necessarily. We have yet to see how the TSA plans to allocate these funds and what effect they'll have on air travel and transportation security in the coming years. All in all, this just amounts to another price hike in the cost of flying, and as usual, we consumers are the ones who are stuck paying.

That’s my view of the situation, but I was curious to hear what other flyers had to say, so I commissioned Princeton Survey Research Associates International to conduct a survey of US travelers to find out their thoughts on the new fees and how it will change their travel plans.

For those interested in methodology: The study was conducted last week, and included interviews with 1,002 adults in the continental US via land line and cell phone.

My survey asked two questions regarding the TSA changes. The first was:

The Transportation Security Administration, or TSA, currently charges $2.50 per leg of a connecting flight, with a cap of $5 on one way trips and $10 on round-trips. As you may know, the TSA plans to raise this fee to $5.60 per leg with no caps on any trips. Do you think these higher fees will lead to improved airline security, or not?

A whopping 65% responded that they did not think the changes would improve airline security (apparently I'm with the majority on this one). Just 22% of respondents said they thought the new fees would improve security. Ah, to be an optimist.

While I hope these fees can have some good results - like expanding the scope and efficiency of programs such as Global Entry and TSA PreCheck, both of which save a lot of travelers (myself included) time when flying both domestic and international itineraries - I suspect that the bulk of the new revenues raised won't be spent on anything to do with programs like these. Rather, I can see most of this money being squandered on things like untested technology, such as next-generation scanners that only incrementally improve upon current versions, or increasing the number of staff without making training more comprehensive or effective.

The second question my survey asked was:

Do these added fees make you more likely or less likely to travel by airplane, or does it make no difference?

That’s higher than I would have expected, and whether these folks follow through on that resolution remains to be seen. However, it does speak to the profound resentment and skepticism these new fees have engendered in the flying public. And rightly so.

The TSA’s fee hike amounts to a revenue grab, plain and simple. Flyers will have no choice but to pay more for airline tickets, without getting anything in return, including any improvement in airport security from what it is today. Like many of the respondents in my survey, I don't expect to see any positive changes as a result of these fee increases, and it's definitely going to affect my travel plans as I search for itineraries that minimize fees while still getting me where I need to go.

Here are tips on how to minimize these new fees when booking your own travel, and they're strategies that I'll be using in the coming days.

What are your thoughts on the new fees? Do you think they'll make any difference in security, and will your travel plans change because of them? Please voice your opinions in the comments below!
[card card-name='Barclaycard Arrival™ World MasterCard®' card-id='22089566' type='javascript' bullet-id='1']